Avoids indictment over alleged sexual assault of minor in 2006

A Travis County Grand Jury declined to indict Chantal Eldridge this afternoon. Eldridge, who is set to take over as judge of the 331st District Court in January, had been accused of sexually assaulting a 16-year-old Brazilian foreign exchange student who lived at her house for a period of time in 2006.

Eldridge's case was presented to the grand jury during three days this week by Rusty Hardin, a Houston attorney who served as a special prosecutor after District Attorney Margaret Moore recused herself from the case.

Eldridge, an indigent defense attorney who beat incumbent David Crain in the March primary by 38 points, has denied the charges against her ever since they first came into the public forum via a Statesman story in February. That story reported that the exchange student alleged he was invited to play strip poker with Eldridge at her dining room table, which led to sex in the bedroom he had been occupying. The student said he brought the assault up to the exchange program shortly thereafter, and was removed from the house. Shortly after the Statesman's story published, Chronicle staff writer Nina Hernandez and I reported on the political dynamics that brought the allegations into the public sphere, and how individuals associated with Crain's campaign made that possible.

But the case had lay dormant ever since the D.A.'s Office declined to pursue charges against Eldridge in April of 2007, and did not seem as though it would reopen until March 29, shortly after the primary election, when state District Judge Brenda Kennedy appointed Hardin to investigate the allegations. The exchange student, now 27 and still living in Brazil, had asked Moore to pursue the case, and made clear his plans to cooperate with any investigation. He was brought to Austin this week for three days of proceedings before the grand jury.

Eldridge and her attorney Jackie Wood had been concerned prior to deliberations over a lack of understanding of the exact charges against her. Though they knew the core components of the allegations, and recollected conversations Eldridge had with investigating authorities in 2006, the fact that there was no arrest – and no corresponding affidavit – made it particularly difficult for Eldridge and Wood to mount a precise defense. A general offense report written up by Austin Police Detective Clifford Rogers represented the most thorough detail of the allegations against Eldridge, and the arguments she waged to counter those allegations at the time. That report had been provided to the Statesman and the Chronicle in February, and was used to detail much of the latter half of our story.

Wood told me shortly after the grand jury's ruling that she and Eldridge relied in part on information we described in the report to mount their defense, particularly details about the student providing a false phone number for his father to police and other details that indicated the student had not been fully cooperative with the initial investigation.

"I knew the evidence was strong, and if a fair body would look at it in a fair way, we would get a fair result," said Wood. 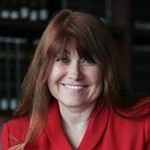