Lawsuit will target volunteer appointees in violation of City Charter 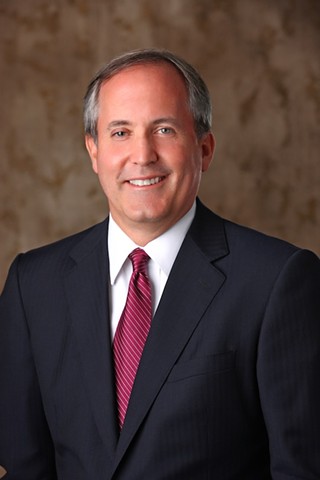 The Texas Office of the Attorney General has officially entered Austin’s land use debate.

On Tuesday, a Travis County state district court granted AG Ken Paxton approval to proceed with a lawsuit seeking to remove eight of Austin’s 13 sitting Planning commissioners. The response comes less than 24 hours after Paxton filed the quo warranto, which claims the eight appointees “unlawfully hold positions” on the land use commission.

Under the City Charter, only one-third (or four members) of the Planning Commission can be "directly or indirectly” connected to development or real estate. Currently, the commission, which played a huge role in readying Austin’s land use code rewrite for City Council, is in violation of the charter. As called out by the anti-CodeNEXT group Community Not Commodity earlier this year, the commission was over that count by three members. The issue came before City Council in May and after a couple of weeks of fiery debate (according to city legal, the charter does not instruct on how or if a Planning Commissioner can be removed), the dais passed 6-4 a resolution directing the city manager and city clerk to determine which members qualify as "connected" to development, and identify a process for removal. However, Community Not Commodity and the Austin chapter of the NAACP had already filed paperwork in the fall with both the district and county attorneys' offices. Both directed the claims to the attorney general.

As for the number of commissioners said to be tied to development, that continues to change. In April, CNC pointed at seven members, but that number should have dropped when longtime Chair (and architect by day) Stephen Oliver stepped down in June. Paxton, however, has bumped the number to eight, including Greg Anderson, director of community affairs at Austin Habitat for Humanity – a nonprofit that provides deeply affordable housing in and around the city. Anderson told me this afternoon that the lawsuit likens his work with Habitat to that of a “for-profit developer, which simply isn't the case.” The nonprofit, he said, runs financial counseling, home repair programs, and a donation-based thrift store for low-income clients. “I work for Austin Habitat for the same reason I'm on the Planning Commission, which is that I believe in the power of sustainable, healthy communities,” he said.

The lawsuit – which names Anderson alongside his colleagues Karen McGraw, Trinity White, Fayez Kazi, James Schissler, Tom Nuckols, Patricia Seeger, and recently appointed Chair James Shieh – asks a judge to decide if the appointees are in fact breaking city law by sitting on the (all-volunteer) commission. If a judge sides with Paxton, the AG’s office will remove the commissioners in violation.

In a statement released Tuesday, Paxton said, “It’s shameful that the city of Austin ignores the will of voters and its own city charter, allowing the planning commission to be controlled by eight real estate professionals who unlawfully hold seats on the board. We’re seeking the court’s removal of all commission members whose appointments violate the two-thirds ‘lay member’ requirement of the city charter.”

In an email statement, head of CNC Fred Lewis thanked local authorities and the attorney general’s office for “reviewing this matter thoroughly. ... The illegal composition of the Planning Commission undermines the validity of its work over the last 3 years, whether on individual rezoning of specific properties or CodeNEXT. Council should have fixed the illegal composition 3 years [ago], when brought to their attention, but has refused."

City legal has told the named commissioners they will be defended and all costs will be covered.