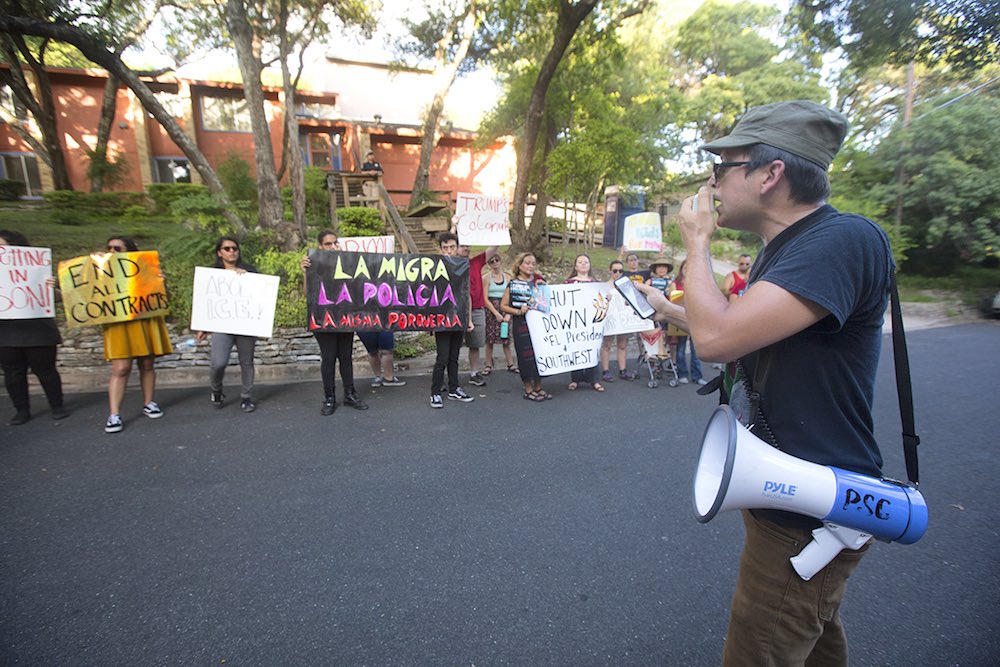 While Trump’s cruel family separation policy has ended for now, the frustration over one local nonprofit’s involvement in housing those children continues.

The protesters, part of newly conceived local immigrant rights group Frente de Liberación Inmigrante, walked from the park to Sanchez’s Northwest side home with the aim of directly asking him to end the organization’s hefty government contracts and give up his lucrative salary. The group also called on the city of Austin to break its grants and contracts with the nonprofit, which runs a variety of programs including a charter school. Southwest Key has raked in $458 million this year from the feds to run their shelters and Sanchez earned $1.5 million last year, one of the highest charity CEO salaries in the country, as the Chronicle reported in this week’s cover story.

“The community sees what they’re doing and we’re not buying it,” said Salvador, a co-organizer who wished to remain anonymous due to a history with white supremacist death threats. “We will not accept their role in Trump’s genocidal policies. They had the power to criticize the policy but were too cowardly to do it until after Trump signed the executive order. It has to do with the CEO getting paid an exorbitant amount of money that is not normal even for a nonprofit of that size.” 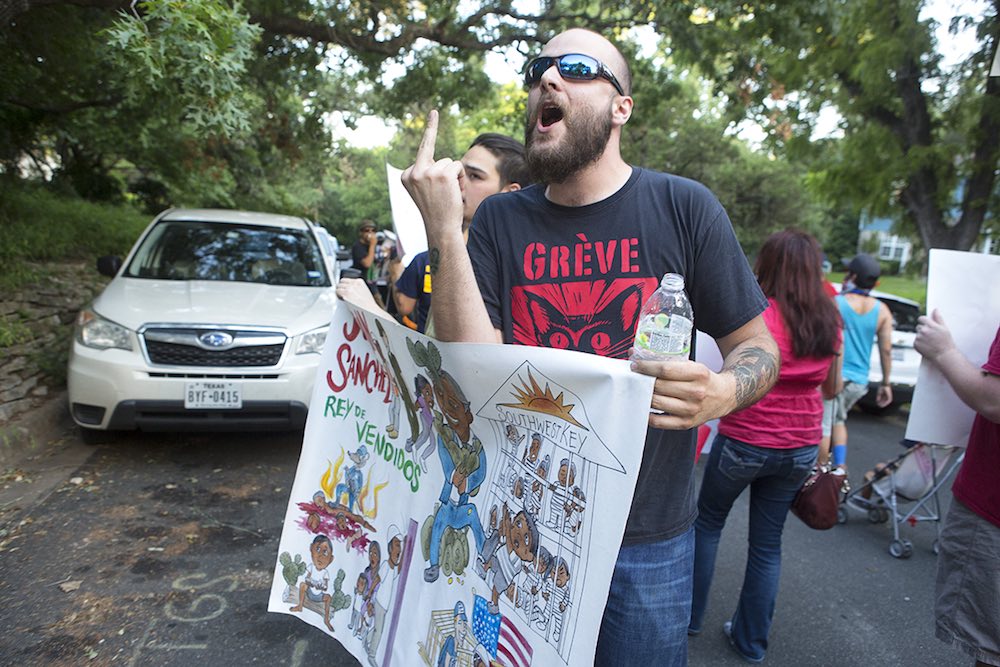 The Frente de Liberación Inmigrante, formed this month, seeks to combat “detention, deportation, and militarized borders” and plans to fight against the “exploitation of immigrants and refugees.” Ken Zarifis is working with the group as an individual activist independent of his role with Education Austin, the Teachers' and Employees' Union For Austin ISD. “We can't overlook the opportunity to call out this behavior and make him accountable,” said Zarifis. “While the detention centers are all over Texas, Sanchez is right here in our backyard.” Another protester, Vincent Tovar, public school advocate and parent of a Govalle Elementary student, claimed Southwest Key offered families on the Eastside $100 if they would recruit students to their charter school, East Austin College Prep.

Organizers cited Southwest Key shelter state compliance violations detailed by the Chronicle, including improper handling of medicine and yelling at children. They accused Sanchez of “profiting from the suffering” of immigrant families and children. “Hey Juan Sanchez, what do you say? How many kids did you jail today?,” they chanted. Eager to confront him face-to-face, activists were greeted not by the nonprofit leader but rather two security guards stationed at the entrance of his home. The security personnel is a sign of Sanchez’s “shame” in his actions, said Vanessa Rodriguez, a DACA recipient who spoke at the rally. Just before leaving the house, activists chanted, “We’ll be back.”

This Saturday activists nationwide will partake in a day of resistance against Trump’s zero-tolerance policy and dehumanization of immigrants. For more information on the Austin rally at the Capitol, click here.