Whole Woman's Health President Amy Hagstrom Miller is among the plaintiffs in the suit, which challenges a broad array of Texas abortion restrictions. (Photo by John Anderson)

Pro-choice advocates took an ambitious and long-awaited step today to erase the state’s many draconian abortion regulations by filing suit in an Austin federal court to challenge not just recent Texas abortion restrictions, as they have done several times over the past few years, but also a handful of burdensome laws that span two decades.

Among the dozens of laws the suit hopes to do away with are the state’s 24-hour pre-abortion sonogram requirement; abortion medication and telemed restrictions; rules that force doctors to provide state-mandated misinformation about abortion; onerous abortion reporting requirements; a 1999 parental notification law; and others. It additionally challenges the UT System’s refusal to grant students credit for completing field placements or internships with groups that facilitate abortion access. The laws disproportionately hurt poor women, immigrants, and women of color and contribute to societal inequities, the groups say.

“Texas laws regulating abortion have proliferated over time,” the plaintiffs write. “Abortion patients and providers now face a dizzying array of medically unnecessary requirements that are difficult, time-consuming, and costly to navigate – sometimes prohibitively so.”

The group’s strategy is to leverage the decision in the Supreme Court’s 2016 Whole Woman’s Health v. Hellerstedt ruling to knock out longstanding regulations, as far back as 20 years. The high court decision, which struck parts of House Bill 2, held that when states pass abortion restrictions they must show evidence those laws will be medically beneficial. The slew of laws challenged by the group don’t meet that standard, and the coalition hopes to get the suit before the same five SCOTUS justices that blocked HB 2 before the court makeup changes.

The suit, Whole Woman’s Health Alliance v. Paxton, is novel not only in its scope but also in how it marks the first time providers, abortion funds, and grassroots organizations in Texas have banded together to fight the laws in court. Plaintiffs are represented the Austin-based law firm Patrick J. O’Connell PLLC and the Lawyering Project, directed by Stephanie Toti, who helped Texas defeat parts of HB 2 at SCOTUS. The suit, she says, only challenges regulations that are “unreasonable, medically unnecessary, and impose undue burdens” on people trying to access abortion care. “We want the courts to return Texas to a regime of reasonable and medically appropriate abortion regulations,” said Toti. “We want to return to reason and good science when it comes to abortion care.”

On a press call on Thursday, Amy Hagstrom Miller, who serves as president of Whole Woman’s Health Alliance and oversees Austin-based Whole Woman’s Health clinic, said the ruling has already helped roll back anti-choice rules in 11 states and has the potential to quash many of Texas rules. The “comprehensive repeal” – or “big fix” – as Hagstrom Miller describes it, was in the works not too long after their win at the high court two years ago.

“For years, Texas politicians have done everything in their power to push abortion out of reach for Texans. Today, we join communities and advocates across the state to send the message that we have had enough,” said Hagstrom Miller. “We went all the way to the Supreme Court in 2016 to defeat harmful abortion restrictions and we are not done fighting so that every Texan can get the health care they need and deserve. All Texans, no matter who they are, where they live, or how much they earn, should be able to make the health care decisions that are best for them and get the care they need with dignity.” 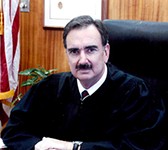 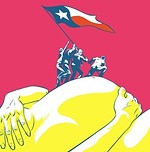