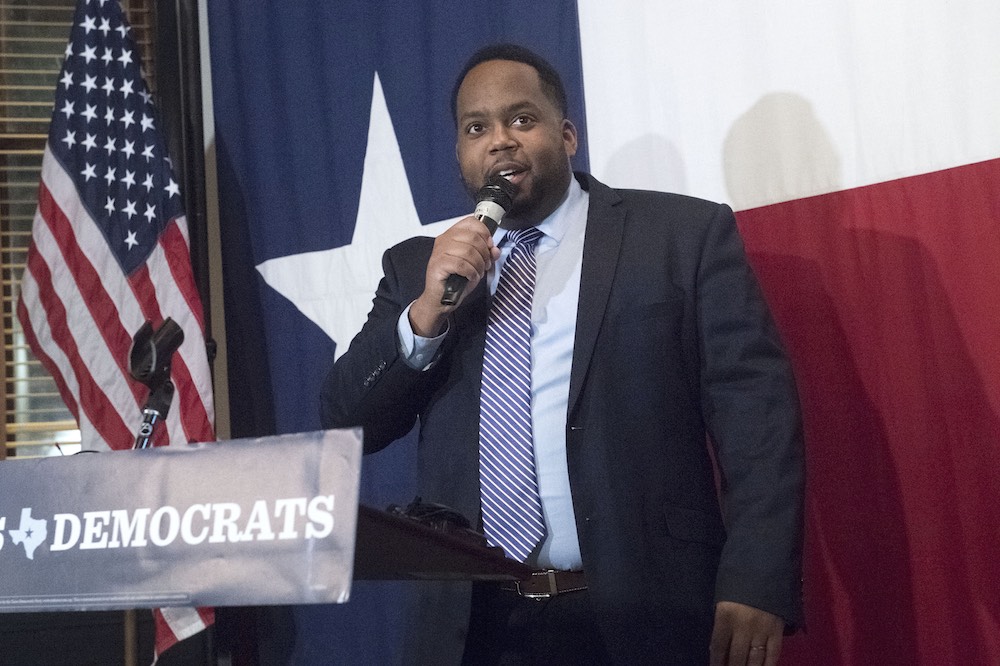 Ora Houston is out and Vincent Harding is in. The outgoing chair of the Travis County Democratic Party will announce today (following word that Houston wouldn’t seek re-election) that he plans to launch a campaign for City Council District 1. He joins a crowded field of candidates, including Natasha Harper-Madison, Mariana Salazar, and Lewis Conway Jr.

“We are at a pivotal moment, 90 years from the 1928 plan, in the middle of a land development code rewrite,” Harding said last week when he revealed his plans to the Chronicle. “At a time where we are consistently one of the Top 10 places to live, we are also one of the most economically and racially segregated cities in the country and ... a third of our black and brown children are growing up in poverty.”

Harding declined to assess the district’s current leadership, instead focusing talks on economic advancement and transportation. He said he’d support the long-discussed Capital Metro Green Line and workforce solutions to bring “middle skill” jobs (those that don’t require a bachelor’s degree) to the area. Harding believes his experience at City Hall (he was a member of the city’s Board of Adjustment) and its inner workings will go a long way toward making those ideas a reality. “I believe I have the skill set to work with people on many different sides of the issue,” he said. “At the same time, while being a coalition builder, I also have the courage to stand up and do what’s right and take whatever heat.”