As one of two land use commissions responsible for advising Council on CodeNEXT, the recommendation offered by Chair Jolene Kiolbassa and Vice Chair Jim Duncan came as a shock to dissenting commissioners who fear the resolution will remove ZAP from what’s left of the lengthy process. 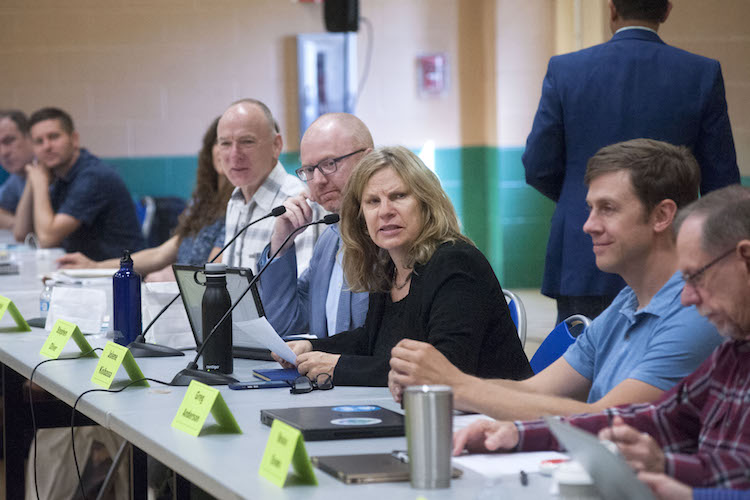 The special called Wednesday meeting opened with a heated conversation between several commissioners, code consultant John Miki, and city staff. Hinting toward the looming discussion on Kiolbassa and his own recommendation, Duncan provided a brief history of the CodeNEXT timeline. “I cannot vote for a code that I think is going to cause more problems in this city than what we’ve got now,” he said.

But the division among commissioners became clear shortly after Kiolbassa presented their recommendation. Commissioner Bruce Evans offered an alternative motion, suggesting the chair’s proposal was not an “acceptable solution” and would achieve “nothing of benefit to anyone, no matter what their perspective is on the current or proposed code.” After calling attention to the Planning Commission’s work on Tuesday night, he proposed ZAP “review and evaluate” PC’s final recommendations and “decide whether or not to support them or propose additional recommendations before Council action.”

A debate followed with the majority of commissioners airing long-formed frustrations. Commissioners Abigail Tatko, Sunil Lavani, and Yvette Flores backed Evans’ proposal, imploring their colleagues to not throw away five years of expensive work. Flores said she was “flabbergasted” by Kiolbassa’s recommendation and insisted there is community support for a new land development code despite the recommendation's declaration suggesting otherwise.

And Ann Denkler confessed she hasn’t been able to shake a question from last week’s public hearings. She recalled one speaker asking commissioners how many of them had read the entire draft three document, and that “not one single hand went up – including myself.” Denkler said she could not support Evans’ substitute. Commissioner Dustin Breithaupt pointed to future commissioners and the petition (with "30,000 of our neighbors' signatures") to put CodeNEXT on the ballot as his reason for supporting termination of the rewrite.

At the end of the night, with the four dissenting commissioners rendered all but silent, Evans announced that he’d have no part in amending the recommendation: Kiolbassa’s proposal passed with only minimal amendments. The final document includes an alternative method for repairing today’s code, suggesting the current LDC be digitized to determine the 10 biggest problems with it, and directing the city manager to enforce appropriate changes. Breithaupt added a directive to create a “code efficiency task force” to outline how to move forward with the proposed steps and also integrate positive elements in the current code and CodeNEXT. This, he argued, would be the best use of the expensive and time-consuming rewrite.

With that commissioners parted ways, uncertain of what's to come.