This morning Austin City Clerk Jannette Goodall validated a petition on seeking to put CodeNEXT – and all future land use code rewrites – to a public vote, rather than allow City Council sole power in deciding whether or not this (or any) code overhaul gets adopted. 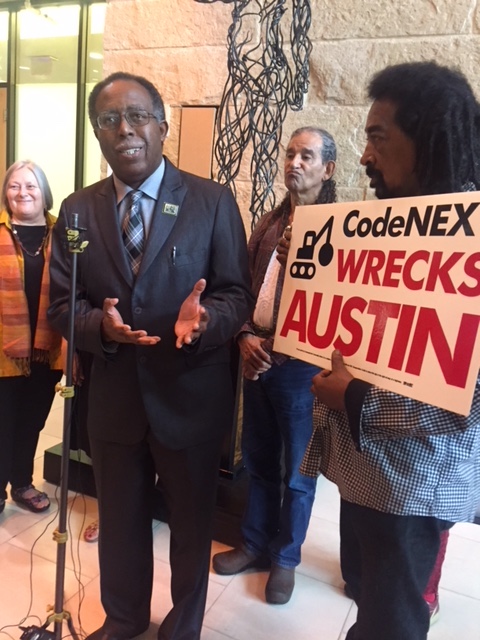 The petition, written and promoted by outspoken anti-CodeNEXT groups and filed on March 29, has nearly 26,000 valid signatures (though just over 31,000 were submitted), according to Goodall’s office. City Charter and state law require only 20,000 to put a proposed city ordinance on the ballot.

In full, the petition proposes both a waiting period and “voter approval by election” before CodeNEXT, or any comprehensive changes to Austin’s land use code, is “legally effective.” With Goodall’s approval, City Council will be tasked with placing the petition on November’s ballot, unless it’s otherwise dinged for violating the City Charter.

According to Goodall’s announcement, the final count was verified by validating a random sampling of 25% of the signatures submitted and voter registration data from Travis, Hays, and Williamson County. Goodall’s office said “confidence is nearly 100% that the petition contains at least 20,000 valid signatures.”

The validation arrives less than a month before Council is expected to receive the staff policy recommendation of CodeNEXT, which will now be accompanied by a 410-page addendum of changes, as well as recommendations from the city’s Planning and Zoning & Platting commissions. Council is currently still expecting to have a first read of the code rewrite in early June.

Asked about the validation, ZAP Chair Jolene Kiolbassa said she’s still “processing it,” but that the sheer number of signatures implies Austinites “want to be heard and have a bigger role in CodeNEXT.”