Kits have been sent out for testing, but the wait continues 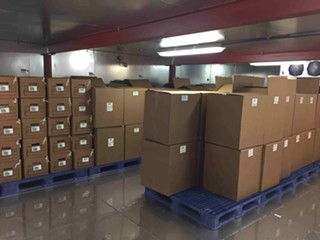 The Austin Police Department’s notorious rape kit backlog is no more. Dana Kadavy, executive director of the department’s Forensic Science Division, confirmed the department’s remaining 2,251 untested kits have been sent out for testing to contracted labs.

Kadavy informed stakeholders via a Friday afternoon email in which she acknowledged the completed outsourcing is especially timely considering April is Sexual Assault Awareness Month.

But the waiting period for survivors continues. Council Member Greg Casar in announcing the backlog news noted that testing likely won’t be completed and returned to the city “until the fall.” Casar became involved in the effort after APD’s DNA lab closed in June of 2016, and sponsored 2017 budget items that would have ensured testing was funded – proposals APD nullified when it promised to find the money in its own existing budget – and made it a priority to receive periodic updates on the backlog count. Over the last 18 months APD partnered with several labs to complete DNA testing. Kadavy said the remaining reports will be returned in batches as they’re analyzed. The Forensic Division updates their numbers monthly to keep an accurate count.

Once returned, Kadavy said the Department of Public Safety’s Capital Area Lab, which operates out of APD’s old DNA lab, enters profiles into CODIS and lab reports are shared with investigators to determine the next steps. Kadavy said that as long as funding continues the Forensic Science Division has put in place procedures to ensure “unprecedented continuity” to prevent a future backlog of rape kits. Austin-Travis County Sexual Assault Response and Resource Team Co-Chair Emily LeBlanc commended the city and APD for their hard work and said the SARRT is “grateful” to the advocates who’ve “worked tirelessly to keep this issue on the forefront.” She added: “We’re also aware that this is the first step in a lengthy process and that [APD’s] Sex Crimes and Victim Service Units will need resources to properly address the thousands of cases that these kits represent.”