The Propagandists in Our Backyard

Akin to a hostage video or a scene out of dystopian film, 66 local broadcast anchors across the country over the past few weeks recited nearly identical scripts, each tailored to their communities, that warned viewers of the dangers of “biased and false” news.

“We’re concerned about the troubling trend of irresponsible, one-sided news stories plaguing our country,” they said in lockstep. “... Unfortunately, some members of the media use their platforms to push their own personal bias and agenda to control exactly what people think. This is extremely dangerous to our democracy.”

Woven together in a Deadspin video compilation that has since drawn millions of hits online, we see anchors of all stripes from 29 different states issuing the caution, which strikingly echoes President Trump’s own rebuke of the media’s “fake news.” The local affiliates had one thing in common: Their stations are each owned by Sinclair Broadcasting, among the country’s largest media conglomerates. The segment also hit our own backyard: Austin’s KEYE CBS affiliate was among the stations that participated in the mandate. 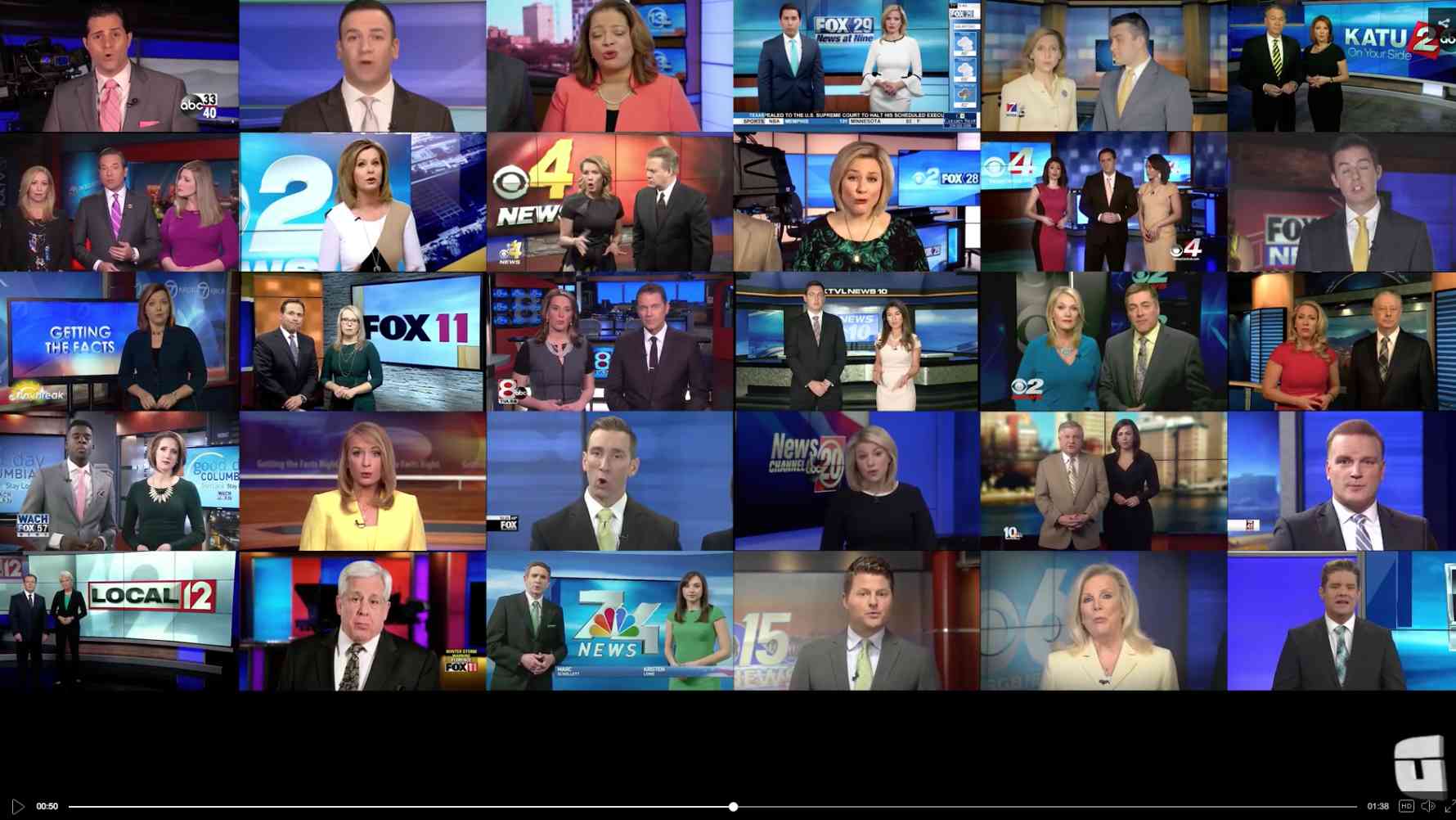 The whole world is watching (Image via Deadspin)

Those keeping a close eye on Sinclair are not surprised by this development. For years, the media behemoth has tilted its coverage to the right, from plotting to pre-empt regular coverage to air an anti-John Kerry documentary during the 2004 presidential election to not firing Armstrong Williams, a commentator who in 2007 was fined by the FCC for being paid to promote George Bush’s education policies on air to its “Terrorism Alert Desk” segments that desperately conflate Islam and terrorism to drum up unfounded fears. Currently, Sinclair employs former Trump spokesperson Boris Epshteyn – who has the finesse of a retired mob boss – to churn out “must-run” segments that tout the president’s supposed achievements and defend his xenophobic and racist orders, including the Muslim travel ban and efforts to destroy the DACA program. In one of his recent pieces, Epshteyn criticizes cable news networks for giving too much airtime to Stormy Daniels, and in another he assures with little evidence that despite Trump’s clear upending of the both democracy and the White House, “facts show that our country is fine and is heading in the right direction.” As an affiliate, Austin’s KEYE publishes Williams’ articles and broadcasts the “Terrorism Alert Desk” and Epshteyn’s commentary, albeit around 4:30am, a subtle act of rebellion from the local station.

The all-too-ironic “biased and false” news warning – broadcast by eight other Texas stations in addition to KEYE – is just the media company’s latest effort to elevate our creeping fascist leader, whose son-in-law Jared Kushner reportedly struck a deal with Sinclair for more favorable media coverage of Trump during the 2016 campaign. Trump is of course a fan of Sinclair, and has predictably sided with the media company since the segment took hold, calling them “far superior” to “fake news” networks like NBC. Following the uproar, Sinclair executive David Smith lashed out on print media, calling it “so left wing as to be meaningless dribble.”

If Sinclair’s propaganda machine isn’t chilling enough, the prospect that it may soon expand in unparalleled ways should concern every local viewer. With a history of strong-arming media regulation rules against the public interest, Sinclair stands to swallow up an unprecedented share of the local TV market: Via a proposed merger with Tribune Media, Sinclair is vying to control a whopping 233 local TV stations (including in major markets like Los Angeles, New York, Dallas, and Houston), reaching a stunning 72% of the country’s population. And while the deal defied media consolidation rules (capped at 39% of households) meant to protect diversity, public interest, and competition in local media, the current FCC (led by Trump-appointed Chairman Ajit Pai) has moved to ease those rules. As a result, the FCC’s internal watchdog is currently investigating the relationship between Sinclair and Pai over whether the commission improperly tried to benefit the media company.

While cable networks like Fox News and MSNBC are heavily partisan, local broadcast news is typically not seen as politicized. (Unlike the Chronicle, which is proudly progressive.) Here in Austin, viewers tune in to KEYE for the basics – sports, weather, and local news – and likely a friendly face who won’t deliver right-wing (or left-wing) punditry. In other words, local broadcast news exists as somewhat of a neutral or safe space for viewers. Sinclair is keenly aware of this special relationship, and as a result has exploited communities’ trust in their local anchors, making their strategy ever the more insidious. On a path to grow its empire, Sinclair threatens the integrity of local broadcast news and places power in the hands of conservative corporate executives with no ties to the community.

While KEYE didn’t return request for comment, local anchor Hema Mullur, who read the script alongside her co-anchor Walt Maciborski, issued a series of public tweets in response to the criticism. “Our LOCAL content comes from building sources, making phone calls, and knowing our community,” she wrote. “We do that work every day to deliver the local news fairly.”

It’s difficult for some not to feel as though the anchors were complicit, but also important to note their tenuous situation: A steep contract that includes a damages clause forces Sinclair employees to pay 40% of their annual salary if they quit, as well as a noncompete clause and forced arbitration, surely preventing anchors from fleeing their post. And if you view the segment for yourself, it’s not a stretch to assume the anchors, visibly stiff, likely felt as though they had the proverbial gun to their head.

While we can’t stop anyone from complaining to the local station (you can do that here) it seems like efforts would be better served criticizing the company that pulls the strings – as well as the FCC for wanting to give one media company far too much power.

Contact Sinclair here, or by phone at 410/568-1500. Sign a petition by advocacy group Free Press to oppose the Sinclair-Tribune merger. 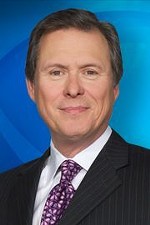