Justin Carter’s long-awaited trial on charges that he made a “terroristic threat” on Facebook in 2013 will not begin tomorrow as expected. Last week, prosecutors filed a motion for continuance, thereby punting Carter’s trial indefinitely.

The motion, filed Feb. 13 by Assistant District Attorney Clayten Hearrell in Comal County’s 247th District Court, argues that the state needs more time to pursue a Canadian witness who first reported Carter’s comments to authorities in 2013. (Carter is facing charges that stem from comments made after an online disagreement, particularly that he was “fucked in the head” and would “shoot up a kindergarten” due to the feud.) Although the motion does not identify the woman, Carter’s attorney Don Flanary believes the witness is the mother of the individual Carter was arguing with at the time. She is who first reported Carter’s comments to the Royal Canadian Mounted Police, who later notified U.S. authorities of the potential threat.

Flanary said Monday that he was caught off guard by the state’s motion. “What have they been doing for the past five years?” he asked of Hearrell and his fellow prosecutors. Flanary also noted how the witness the state is trying to secure would not add much to the prosecution’s case, because Carter is not denying he posted the comments in question. Rather, Carter asserts that he posted the comments sarcastically, and thus should not be considered a serious threat.

Regardless of how the state plans to use the would-be witness, Carter’s fate will remain undecided for at least another few months, if not another year. 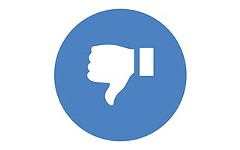 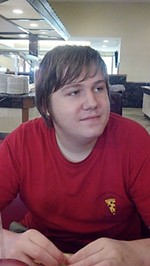