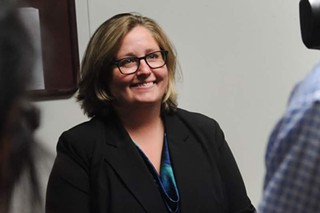 Two defense attorneys have sent a demand letter to six Travis County Court-at-Law judges seeking an end to the misdemeanor court system’s Jail Reduction Docket, and are threatening legal action in the form of a motion for injunction in federal court if the judges do not acquiesce to the request.

The attorneys, Millie Thompson and Amber Vazquez Bode, argue the docket – which processes the cases of low-level offenders in rapid succession, sometimes in pools of 60 inmates, in the name of reducing crowding in the county jail – violates the 5th, 6th, and 14th Amendment rights of inmates, and “necessarily forces attorneys to violate” ethical standards concerning confidentiality. The docket functions as somewhat of a plea factory for poor residents accused of small crimes like criminal trespass, criminal mischief, and misdemeanor drug charges, who accept guilt (often in exchange for time served), get released, and set about life with a misdemeanor conviction on their record, thereby affecting opportunities for future employment, housing, and other rights and liberties. Thompson and Vazquez Bode say it “encourages convictions as a condition of the clients’ freedom.

“Prosecutors offer plea bargains, but almost never offer to dismiss the charges. Many times, the plea bargain is ‘back-time,’ or the amount of time that the accused has spent in jail at the time of the Jail Reduction Docket. While the incarcerated clients want to be released from jail, pleading to ‘back-time’ results in permanent criminal convictions. Because they know they cannot post bail, [and] hear that jury trials take months and probated sentences are expensive, many plead guilty to the allegation solely to get out of jail” – even if they are actually innocent or could present mitigating evidence during a proper trial.

The JRD has been happening in Travis County for quite a while, and has been under fire by defense attorneys of late, who believe the process hurts those who go through it more than it helps. The docket takes place in the afternoons, in a weekly rotation, wherein one judge holds the docket for each week. (Only CCL4 Judge Mike Denton does not participate in the docket. He runs a family violence docket instead.) Inmates are bussed in from Del Valle, seated in the courtroom’s pews side-by-side, and from there introduced to their attorneys, who have just learned about the basic details of the case and are financially incentivized to close the case as quickly as they can. (Another story for another time.)

Those attorneys often kneel in front of their clients at the pews and discuss the conditions of their case within earshot of other inmates. They receive “basic discovery” from prosecutors with “minimal time” to review its contents. "There is no opportunity to investigate the client’s side of events.” Inmates are not allowed to meet with family members or other confidants to discuss their legal options, “and thus must make important decisions quickly and without family support and guidance.”

This has made the jail reduction docket somewhat of a lightning rod of the two primary races currently ongoing at the county court level, involving Judges John Lipscombe and Nancy Hohengarten and their respective opponents Paul Quinzi and McKinley Melancon. (Mario Flores is also running against Hohengarten.) Both Melancon and Quinzi have pledged to do away with the jail reduction docket if elected, though in conversations with the Chronicle the two incumbents each say that’s not so easy. Perhaps an injunction would do just that.