"Don't Be a Dick" Mural Covered Up by Ads, in Textbook Dick Move 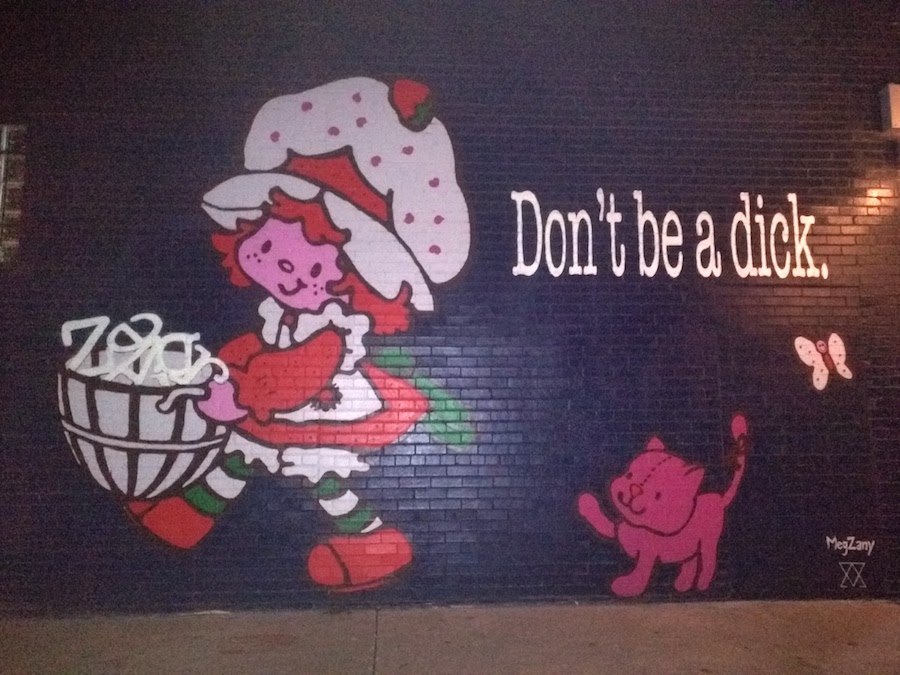 A mural in the downtown area has a simple request for people passing by: “Don’t be a dick.” But the business that occupies the space – the Native Hostel, a hotel company in town that describes its work, in part, as “curating a culture of fuck yes” – pulled kind of a dick move when they covered the mural with ads promoting online dating site OkCupid.

The “Don’t be a dick” mural was created by the Los Angeles street artist Meg Zany, and it was put up on the Hostel building two weeks ago as part of a rotating series that sees the work from different artists featured on the wall of the building located at 807 E. Fourth. The Chronicle reached out to Zany to ask if she agreed that covering up her art was a dick move, but she did not respond.

The ads, which were intended to promote a “Onesie Night Stand” event co-hosted by OkCupid and Native Hostel, feature Andy Warhol-style pop art with variations of the acronym “DTF” on them. Urban Dictionary defines the acronym as “down to fuck,” but the Facebook page promoting the Thursday night event reads, “OkCupid lets you define the ‘F.’” 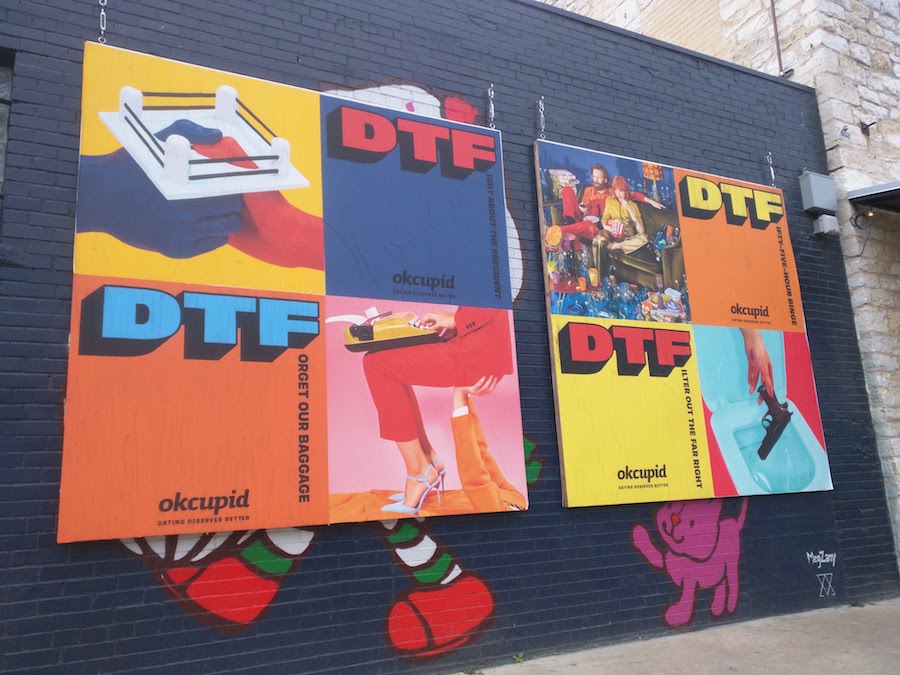 A representative for Giant Noise, a PR and marketing firm based out of Austin which represents Native Hostel and OkCupid, explained that the “DTF” ads were put up on Monday to promote the Thursday night event, and that they would “probably be taken down after the event on the same night, or the next morning.”

“The DTF art is just for a temporary party promotion, and it really has nothing to do with the ‘Don’t be a dick’ art,” the representative said. “We will be taking the ads down.” The representative wasn’t sure if Zany had been notified about the ads covering the mural, but said they had the right to do it because they managed the wall.