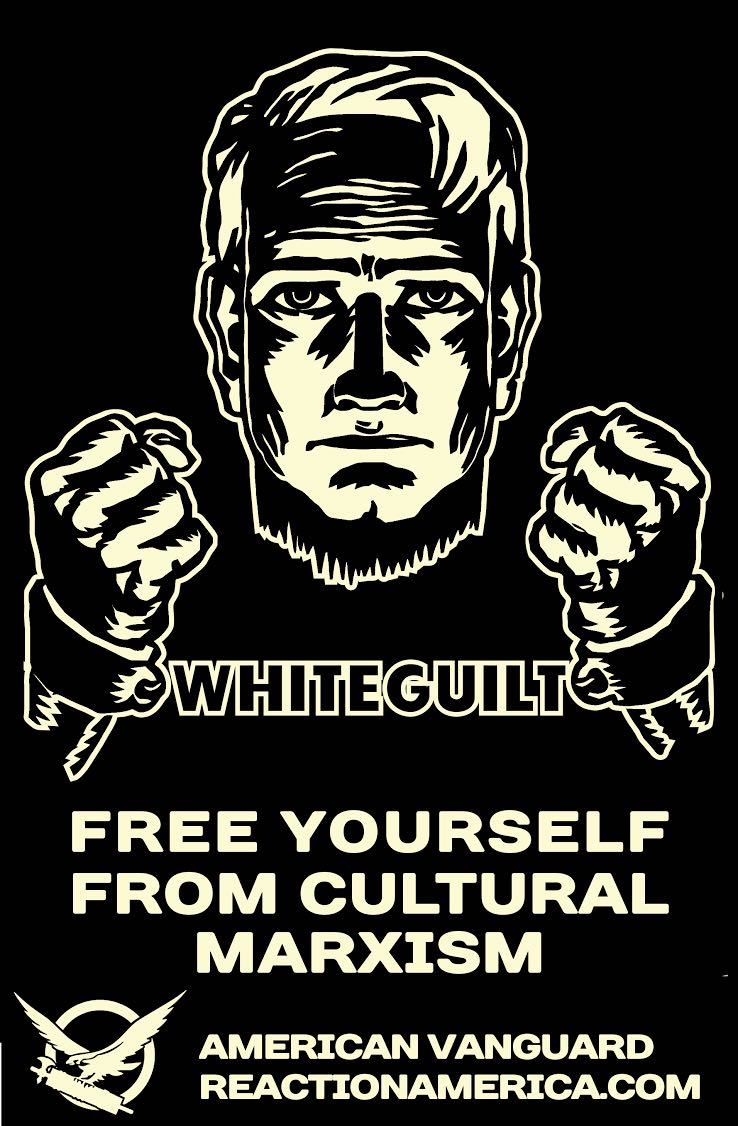 A Texas Senate committee met Wednesday to begin efforts to assess the state of free speech on college campuses throughout Texas. The committee was directed by Lt. Gov. Dan Patrick to “ascertain any restrictions on Freedom of Speech rights that Texas students face in expressing their views on campus along with freedoms of the press, religion, and assembly.” After the investigation concludes, members are to recommend any policy changes that would further protect students’ First Amendment rights.

Over a dozen speakers were invited to offer testimony at the hearing, which was held in the LBJ ballroom on the Texas State University campus. Several representatives from major Texas universities, including Texas State University president Denise Trauth, gave testimony before the committee. Trauth outlined Texas State’s free speech policy, which does not limit speech based on content. “A university ought to be a place where ideas are expressed and debated; where minds are changed; where all points of view are respected; where an opinion some consider offensive is protected,” she said. “And where students are led into intellectually unfamiliar and, at times, uncomfortable territory.” Trauth’s testimony echoed that presented by those speaking on behalf of other universities: Their institutions are interested in preserving the free speech rights of students while maintaining student safety.

Deputy First Assistant Attorney General Brantley Starr provided testimony on behalf of the state A.G.’s office. He outlined five areas relating to speech rights on college campuses that the Attorney General’s office has described as “under attack.” They include “speech codes” set by public university policy, which could prohibit speech deemed offensive; “denial of associational rights,” which could, for instance, prevent a Baptist student organization from limiting membership to students who share their faith; “bias incident response teams,” which are groups assembled by students designed to police use of language on campus that exhibits unfair bias; “free speech zones,” which are areas on a college campus designated by university policy for free expression; denial of equal access to resources; and the free speech rights of faculty. To help state universities address these issues, the Attorney General’s office is working on a handbook for universities, which will offer guidelines on protecting First Amendment rights. Starr said the handbook should be available by the end of the summer.

One of the stated goals of the charge is to find policy changes that could be implemented at the state level to help protect student free speech rights. State Sen. Judith Zaffirini made a point to ask every panelist for policy recommendations, however many of them agreed that the issue was difficult to solve through legislation. However, some suggestions – which received endorsement from representatives of Republican and Democratic officials alike – included the barring of “free speech zones,” clearly stated language from universities outlining their speech policies and rules preventing universities from imposing costs incurred from providing security for student events on the student groups organizing those events. 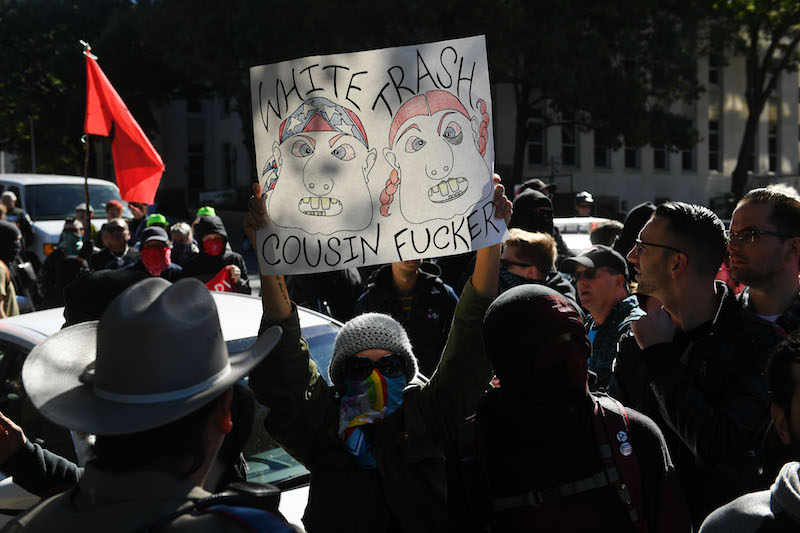 Notably, the hearing was held on the campus of Texas State University in San Marcos, where several incidences which tested the bounds of free speech arose throughout 2017. Following the presidential election of Donald Trump in 2016, a group calling itself “American Vanguard” pasted posters around the campus emblazoned with familiar white supremacist phrases such as “blood and soil” and others, calling on students to report fellow students who might be “illegal aliens.” Then, in the final weeks of the spring 2017 semester, a philosophy major named Rudy Martinez wrote an editorial for the student newspaper titled “Your DNA Is an Abomination” that included obscure references to Malcom X quotes and calls to “end the white race.” The editorial was met with widespread condemnation and resulted in Martinez’s resignation from the paper, as well as a brief note of apology from the Editor-in-Chief. (The piece has since been removed from the paper’s website.)

Martinez’s column was referenced multiple times throughout the Wednesday hearing, and at the end of public discussion he took some time to address the committee, calling his editorial “nuanced” and describing how it felt to “have a target painted on his back” by Trauth, who sent out a campus-wide email condemning the article’s publishing. He concluded his testimony by addressing Trauth directly: “Denise, you have sat back and watched as dozens of racists called for my death. It does not matter whether you agree with [my column]. … What matters is that the debate can happen. A guardian of free speech at this university you are not. So, please, do not tout this institution as diverse and inclusive until you can guarantee the lives and safety of all students.”

In addition to the invited speakers, dozens of people signed up to give public testimony – each of which was limited to two minutes. The speakers included conservative students concerned that their right to speech was being stifled – not by university policy, but by the general trend of left-leaning ideology in academia. Students on the opposite end of the political spectrum expressed the anxiety some have felt knowing that they might be sitting in class with students “who don’t think they should exist” – a reference to the white supremacist flyers pasted around the Texas State campus.

Sorting through the bevy of testimony should prove a daunting task for the Senate committee. Finding the balance between a student’s right to free speech and an expectation of safety has vexed university administrators for decades. Starr, the Deputy First Assistant to the A.G., summarized the challenge by offering an ambiguous piece of advice: “I recommend complying with the Constitution.” 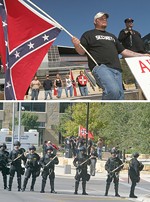 With God on Their Side: The KKK Stops By
Lawsuit filed after city separates Klan from counterprotesters and excludes certain media