A federal judge has temporarily blocked an intrusive state law that would require abortion providers and patients to bury or cremate their fetuses. 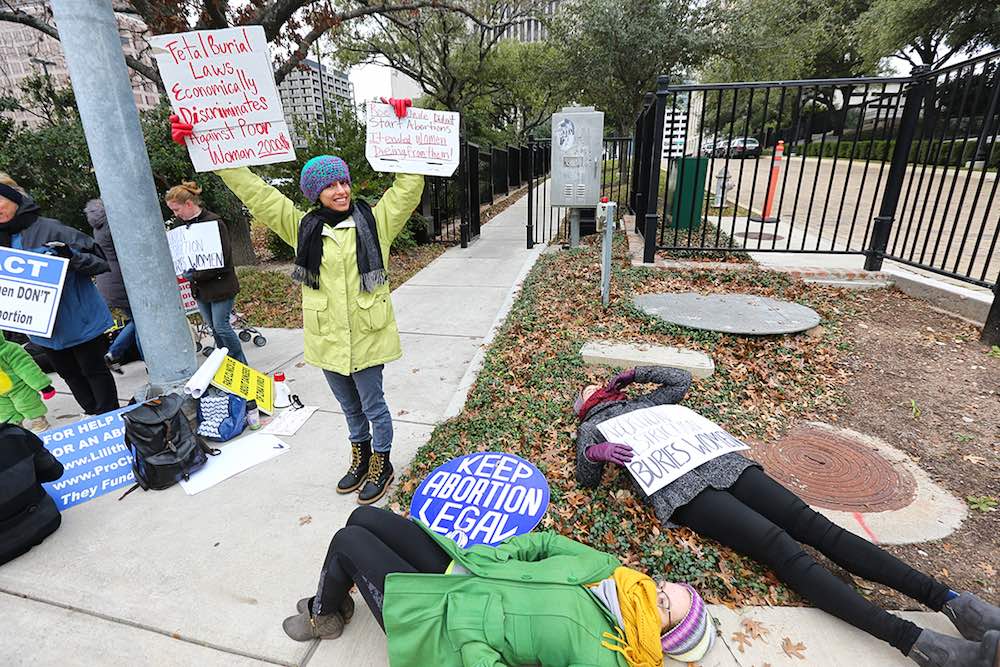 Activists stage a "die-in" to protest a similar fetal burial rule in 2016. (photo by Jana Birchum)

The health department rule was set to go into effect Feb. 1, but abortion clinics, including Whole Woman’s Health, requested U.S. Judge David Ezra put a hold on the anti-choice law.

Ezra found that providers would likely be able to show the law “imposes an undue burden” on women's constitutionally protected right to abortion during the upcoming full bench trial. Ezra also pointed to the problematic cost burdens facilities would incur if the law is enacted (burial costs for hospitals range between $228,400 and $655,200 per year, he notes) and the difficulty of actually finding a vendor to perform the cremation or internment process. Evidence suggests the law would “have a negative effect on women's health by causing grief and shame and possibly discouraging women” from obtaining reproductive health care, writes Ezra in his 15-page ruling.

If the law sounds familiar, it’s because a different federal judge blocked a similar rule last year, slamming it as a mere “pretext” for restricting abortion access. The rule was reincarnated during the last legislative session as part of a package anti-choice law, Senate Bill 8. Abortion advocates sounded off on the rule during a health department hearing in December, which did little to stop state officials from going forward with the regulation. Since then, U.S. Judge Sam Sparks, who recently went into semi-retirement, handed the case over to Ezra; both are Republican-appointed judges. Each side now has 10 days to suggest trial dates, where the constitutionality of the law will be determined.