Abbott to Trump: Pay Us Money We Lost for Excluding Planned Parenthood

Texas guv sends a "pretty please" to the president 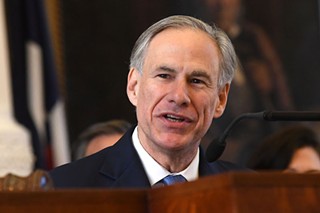 After not hearing back from the Centers for Medi­care and Medicaid on his request to recoup millions that Texas lost after banning Planned Parenthood from a women’s health program last year, Gov. Greg Abbott is now appealing directly to our anti-choice president, hoping he’ll bend the rules.

In a letter sent to Trump on Wednesday, Abbott praised the administration’s recent decision to block Obama-era guidance on the federal “freedom of choice” provision, which prevented states from booting providers for no legitimate reason without suffering certain consequences. In 2012, Texas officials kicked Planned Parenthood from the Women’s Health Pro­gram solely because PP “affiliates” with abortion care (although no state funding went to abortion procedures). They lost out on $35 million from the feds since that decision violated the federal provision, as it impeded women’s ability to pick their choice provider. Texas funded the program on its own without PP (renamed “Healthy Texas Women”). Under their new version, roughly 44,000 fewer low-income women received preventive care like cancer screenings and birth control, and some counties that no longer had access to Planned Parenthood saw an increase in unintended pregnancy.

“Texas is a powerful and grim example of what happens when politicians like Governor Abbott try to control women’s bodies and impose their beliefs on all people,” said Yvonne Gutierrez, executive director of Planned Parenthood Texas Votes. “Many lost access to health care altogether – either because there are no other providers in their communities, or because other providers don’t offer specialized care like IUDs or the birth control shot.”

Now, Abbott wants those millions back while still banning Planned Parenthood. If Trump complies, he’d set a dangerous precedent that would allow other conservative anti-choice states to ban the reproductive health provider and face no punishment. 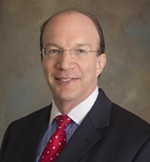