Cop known for Breaion King arrest canned for dishonesty, use of force 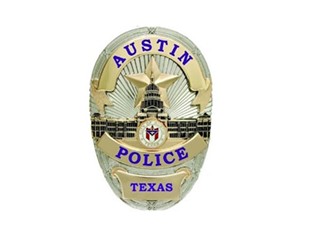 On Monday during a press conference in which he laid out the department’s new de-escalation policy, Interim Police Chief Brian Manley also announced the indefinite suspensions of two officers accused of using excessive force. One of those officers, Bryan Richter, is well known as the officer no-billed for the violent arrest of Breaion King in 2015.

The other individual was Steven McCurley, a detective who’d been with the department since 2000. According to city memos, the two were working a narcotics-related arrest last July that ultimately came to an end in the Barton Creek Mall parking lot.

It wasn’t until the next day, however, that it became clear to Richter’s sergeant that he applied use of force during the arrest. And it wasn’t until after his story had changed during a second recounting of the arrest that day, and after his sergeant received helicopter video footage of the arrest (obtained by Richter at his sergeant’s request) that he learned that McCurley also applied use of force, “kicking the subject multiple times.” A video timeline of the arrest indicates that after Richter took the subject to the ground, McCurley continued to kick him while Richter lowered his foot on the subject’s head. Manley wrote that the video shows Richter taking “a stutter step that made his left foot completely leave the ground while his right foot was still on the subject’s head.”

The two were found in violation of the department’s administrative policies for determining objective reasonable force, reporting guidelines, and honesty. Both have a right to an appeal. The Combined Law Enforcement Associations of Texas (CLEAT) has already indicated that they will. Manley said at the Monday presser that he could not comment on specifics because the case is still being reviewed by the Travis County District Attorney’s Office.

We’ll have more on the firings and APD’s new de-escalation policy in this week’s issue.