On Monday, Jan. 8, former City Council Member Laura Morrison filed paperwork initiating a campaign for mayor, challenging incumbent Steve Adler. The Chronicle spoke with Morrison about her reasons for running and her judgment of current city policies and practices. Austin Chronicle: In brief, what are your reasons for running?

Laura Morrison: I’m hearing concerns and I share these concerns, with people all over the city, about whether the future of Austin is really going to include them. I think we need to set our priority and our focus on ensuring, as we move forward, we take actions and do everything we can to enhance the quality of life for the people that live here, and that the future isn’t seen as diminishing their quality of life.

AC: Your initial press release makes a fairly sharp distinction between the people that live here “now” and the people that are going to live here. Does it mean people who have lived here for five years? For 10 years? Does the door slam tomorrow?

LM: The door is not slamming – nobody is suggesting that the door would slam. Nobody has the power for the door to slam – if somebody had the power, would that be good? Probably not. But the fact of the matter is, we need to make sure that we don’t turn people into losers. There are so many concerns about where we’re moving forward, for instance, on CodeNEXT – which is obviously going to be a big topic of conversation – where instead of focusing on areas of stability and areas of change, it’s sort of just broad brush: Everything’s going to change. That’s not good for affordability, it’s not good for the strength of communities, and there are ways that we can grow, without doing that.

AC: Is CodeNEXT what pushed you into the race?

LM: CodeNEXT is certainly one of many issues that really piqued my interest in feeling I needed to be part of trying to make a change. Several topics: for example, I don’t think that handing over parkland to private developers, or private entities, is right for the city of Austin. … I think that secretive backroom processes don’t work in the city of Austin. They haven’t in the past, they won’t in the future, and they didn’t this year with regard to the city manager [search process], and I think we need the kind of leadership that will stand up for transparency, uniformly.

AC: Are you in support of the [anti-CodeNEXT] petition that the entire ordinance should be put to a public vote? 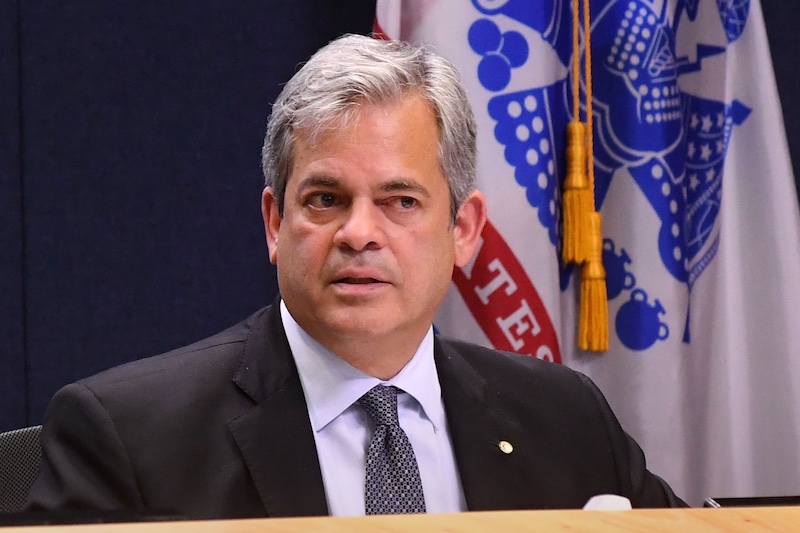 LM: I’ve really stayed separate from the petition, knowing that I was going to be running for mayor. I just have a strong sense that I want to stay independent of all of that. … The petition drive certainly does represent serious disappointment in the product, and the process, I believe.

AC: You’ve said that the Code rewrite should not treat the “compact and connected” goal (from the Imagine Austin comprehensive plan) as a panacea. Can you elaborate?

LM: That’s one of the issues that I had [when the Plan was adopted]. … I wanted to make sure that we focused on rewriting the land development code so that it embodies all of the priorities of Imagine Austin, not just “compact and connected.” We have green infrastructure, we have affordability, public health, etc. All of those things are critical priorities for the land development code.

AC: What can we realistically expect the land development code to do?

LM: We have some perfect examples of getting affordable housing programs that work. VMU [vertical mixed-use development] is by no means the answer to affordable housing, but the fact of the matter is that it’s producing hundreds of units. … We need to find ways to use every tool we have. So are there other ways and categories of buildings that we can look at, and implement. The problem is that CodeNEXT relaxes and rolls back the one program we do have that’s working [by relaxing affordable unit requirements]. …

The notion that increased density alone is going to provide affordability – that’s trickle-down economics, and I don’t believe that. We also need to require community benefits [i.e., affordable units] in return for development entitlements.

AC: What do you think would best provide more affordability?

LM: We [the city] can only control so much, and we need to make sure that we can absolutely score on what we do have control over. By that I mean, when you’re looking at upzoning property, in the right places [e.g., centers and corridors], that the community benefit is there. … Benefits to the developer need to be shared with the community, and yes there needs to be a balance. … Striking that balance is really hard, but we need to make sure that (as proposed in CodeNEXT) massive upzoning without those benefits, doesn’t happen.

AC: What are your thoughts on addressing traffic congestion and mobility issues?

LM: It’s very clear to me that without a substantial investment in a mass transit system for this city, that we’re going to be in a world of hurt. We’re already in a world of hurt – think 20 years down the line. Transit needs to be accessible to lots and lots of people. … We need to be able to show the voters that the system is going to serve them and their children. Let’s focus on the people that live here now. …

It’s very frustrating to think about. I know that great systems take a long time, and they don’t get any cheaper. I would hesitate to put a specific time [on the next vote]. I just know that it’s a critical element of the future of Austin.

AC: What are your thoughts about the Austin Police Association contract, rejected by Council?

LM: The kind of leadership I think we need would take advantage of every opportunity of sorting through priorities. I believe there were missed opportunities, because during negotiations the Council is kept apprised and their input is taken in executive session. We should not have gotten to a situation where there was a surprise, and an 11th-hour rejection. We need leadership that’s more proactive about that, that takes its opportunity and responsibility for guiding that. I’m inspired by the voices that came forward and really shifted the conversation. I think the police negotiated in good faith, so it’s a very unfortunate situation, but I think there are paths that keep us from getting to that place.

AC: What are your thoughts about the increasing conflicts between Austin – cities in general – and the state and federal government?

LM: We’re in a whole new world now. Obviously, we need to keep speaking up, and doing what’s right for the people of our city.