2018 could be the year of a bigger, more rideable Capital Metro. Beginning Sunday, Jan. 7, Austin’s public transit provider will roll out new and improved changes to its commuter services for both MetroRail and MetroExpress. 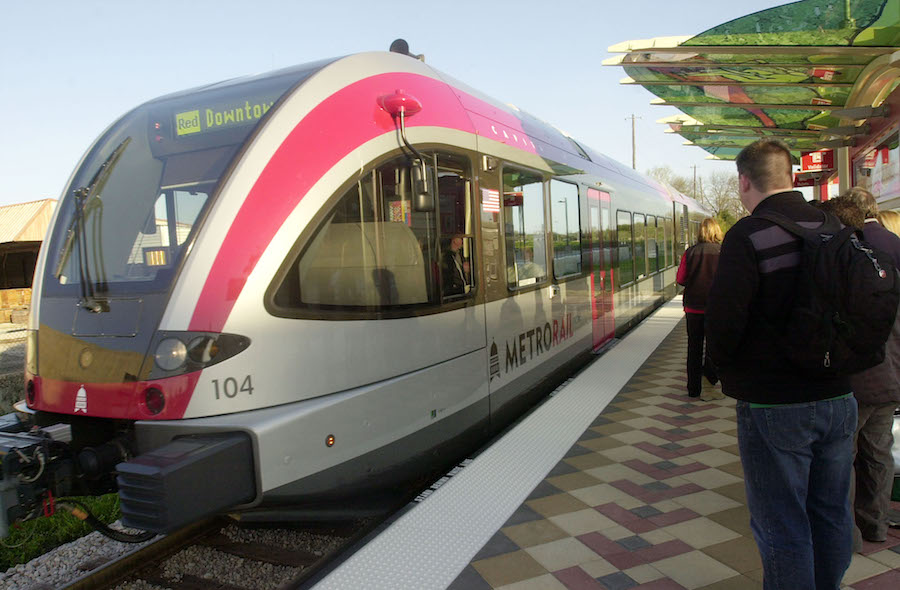 In an effort to alleviate train car overcrowding, rail service will expand service with six additional trips. Morning commuters should look forward to three new trains leaving Leander (for Downtown) at 6:56am, 7:32am, and 8:08am. Evening hours will also see three new northbound trips, beginning at 4:22pm, 4:58pm, and 5:34pm. To make connecting easier, the schedules for bus routes serving train stations (214, 243, 464, 465, and 466) will be adjusted with the new rail times.

The new times mark just the start of more rail change. Cap Metro hopes to continue with rail improvements to increase service capacity. (Current figures show about 400 riders every hour.) Over the next few years, after the new Downtown Station is completed, service will operate at 15-minute frequencies, with hopes of transporting 800 riders each hour.

Bus riders can also look forward to increased service via MetroExpress Commuter routes. Because Metro has free access to MoPac’s express lanes, two routes – the new Route 981 Oak Knoll Express and Route 985 Leander/Lakeline Direct – will bypass traffic for fast and direct service to and from downtown. Additionally, the 985 will expand beyond commuter route with additional trips and bi-directional operation throughout the day. Public transit users can now expect easier access to the 38th Street medical hub, with two routes – Route 982 Pavilion Express and Route 987 Leander/Lakeline Express – now planning to serve the area before moving south to UT and Downtown. Cap Metro promises additional trips throughout the day from the 982, as well. Bus route 7 will also gift riders with more morning trips to relieve overcrowding.

Lastly, a year after Cap Metro eliminated its premium fare category, remaining passes will be discontinued starting Sunday. So ride on them now.