Some Say the World Will End … in Ice

City Council dodges the ice storm, and much of its agenda

With last Thursday’s potential ice storm looming, the City Council meeting had a hurry-up vibe that produced some postponements and truncated testimony. But Council managed to take another step toward appointing a city manager, postponed a reckoning with Dripping Springs wastewater, and extended Austin Pets Alive’s leasehold on lakeside property. 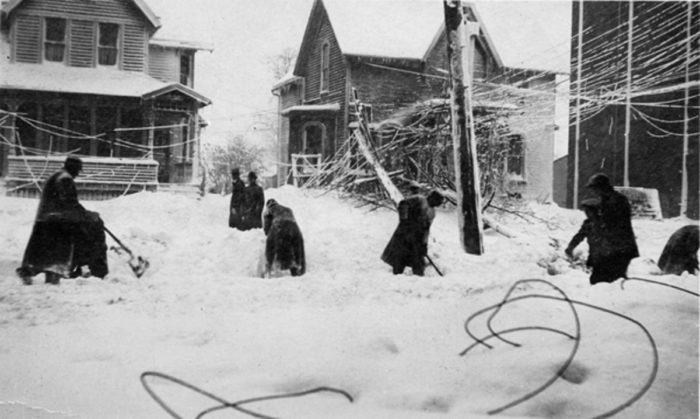 Austinites confront the Great Blizzard of 2017

With the year winding down, the agenda was packed with miscellaneous contracts and zoning cases, quite a few of which were punted to Dec. 14 – with its own burgeoning, final-session agenda not exactly in need of addenda. That gridlock was somewhat modified by adding a special-called Wednesday meeting (3pm) for the public hearing on the proposed Austin Police Association contract, expected to attract extensive testimony – although the vote could take place then or during the following day’s regular meeting, among the mere 111 Items scheduled to be considered.

That won’t be all, by a long shot. Monday evening features a CodeNEXT Town Hall at KLRU (7pm), followed by Tuesday’s work session and then the public rollout of the two remaining city manager candidates (Convention Center, 7-9pm), after city employees and other stakeholders meet with them during the day. Wednesday morning brings Council’s city manager re-interviews (executive session); the APA hearing in the afternoon … and then Thursday’s likely marathon.

That they managed to adjourn last week only a little after 9pm may soon seem a fond memory, owed to weather-fearing haste. The day did include a three-and-a-half-hour executive session (city manager search, et al.), but there was plenty of public business, including:

• Can Threadgill’s Fly? The morning consent agenda included nine contract “packages” (most readily approved) for various ABIA new terminal concession businesses. The bids had been scored by staff in a matrix comparing experience, financial terms, business plan, etc. As it happened, Black’s BBQ and Threadgill’s had missed the cut by a hair (edged out by 24 Diner/Parkside), and Kent Black and Eddie Wilson appeared at the lecterns to plead for Council’s reconsideration – Wilson suggesting that the survival of his iconic restaurant (beset by rising lease costs) might rest on an airport venue.

The competitors defended themselves as well (Parkside’s Shawn Cirkiel among the witnesses), and there was a similar debate over a couple of competing massage services. The conversation left Council members in the unhappy position of trying to pick winners and losers among all-very-worthy contenders. Result? Postponed to December 14.

• Capitol Considerations: The Texas Facilities Commission is ready to begin work in earnest on its Master Plan to redesign the Capitol corridor along Congress Ave., and needs an interlocal agreement with the city as well as $6.8 million in right-of-way fee waivers (money that will be moved to a “ledger” potentially granting Austin equivalent benefits of some very vague sort). Council Member Leslie Pool was concerned about the fate of certain heritage trees, CM Ora Houston wanted better state engagement on traffic planning, and there were enough other questions to … you guessed it, postpone until Dec. 14.

• Hold That Effluent: Staff had drafted a potential settlement with Dripping Springs over its treated wastewater plan – the town wants permission to “occasionally” discharge treated effluent into Onion Creek in “emergency” circumstances, has a permit pending before the Texas Commission on Environmental Quality, and the proposed settlement would remove Austin from the parties now pursuing a contested case hearing (including citizens’ groups as well as aquifer-management organizations). All the public testimony at an extended evening hearing strongly opposed the settlement – which seemed to be motivated by staff fears that a likely defeat at the TCEQ would mean no controls on the wastewater at all – and more puzzling, predictions on the frequency of potential wastewater discharges (when land application is not possible) were at extreme spreads, from as frequently as every three days (not counting accidents) to only a couple of times a year (and in theory not enough to degrade the creek). In the end, Council took no action on the settlement (although it could still do so), and the contested case hearing will likely occur in late January.

• APA’s Dog Park: Austin Pets Alive is hoping to build a new, better shelter at its current Town Lake facility (old and regularly flooded) on Cesar Chavez, and asked Council to approve a 25-year lease (with two 25-year possible extensions) on the same tract of parkland but higher ground. CM Houston thought the lease term-lengths extravagant, but APA’s Ellen Jefferson told Council she needs to raise $25 million for construction, and the promise of permanence helps fundraising. But Houston recalled indirectly that when parkland was considered for the Decker Lake golf-course and park development project in District 1, loud public demand for a charter-based referendum effectively scuttled the proposal.

Houston's attempt to amend APA's lease for a shorter term failed, and the original proposal was approved, 8-1 (two CMs were absent). Commented Houston, the only nay vote: “This is another example of the inequities of how we do things in this city with parkland.” Expect to hear that argument return should proposals for a soccer field at Butler Park get serious …

• Visiting Visit Austin: The city’s tourism agency, Visit Austin, returned with its revised marketing plan, edited to reflect Council’s earlier criticisms as well as budget reductions reflected for FY 2018. Mayor Pro Tem Kathie Tovo and CM Pool objected to any mention of “budget cuts” and tried to amend such references out of the internal agency document; Pool added that she thought it too flashy and expensively produced. The complaints reflect the continuing tension over Mayor Steve Adler’s “Downtown Puzzle” and the debate over potential expansion of the Convention Center. CM Jimmy Flannigan defended the marketing plan as a well-produced, internal document intended to encourage the agency staff, and the Tovo/Pool amendments failed. Visit Austin can officially return to marketing Austin.

There was more – including the Austin Ukulele Society’s charming rendition of “Wagon Wheel” – but the meeting was likely more notable for what it didn’t do (including not signing on to that Dripping Springs settlement) than what it did. Everybody presumably got home safe despite the Great Austin Blizzard of 2017, and everybody will be ready to meet Spencer Cronk and Howard Lazarus on Tuesday night. See you there. 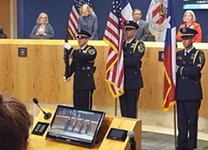