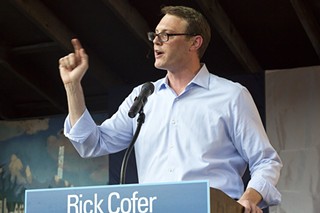 In one week and out the other: Rick Cofer announced today that he will not run to be the Travis County Democratic Party chair. (Photo by Jana Birchum)

In the wake of Speaker Joe Straus declaring he will not run for re-election for the Texas House, another unexpected exit from the 2018 election cycle: Rick Cofer, the sole declared candidate to become the next chair of the Travis County Democratic Party, is withdrawing from the race.

Cofer has been fixture in Democratic circles for over a decade, and also sat on a multitude of city commissions, mostly relating to waste and the environment. He announced earlier this month that he intended to run to replace outgoing party chair Vincent Harding. Harding had held the seat for a little over two years after being appointed to replace Jan Soifer, who had in turn stepped down to run for the 345th Civil District Court.

I decided to run for TCDP Chair because I love this party. I wanted to lead the fight against Republicans.

However, I know there are several strong female candidates waiting on the sidelines, and for that reason, I have decided to take my name out of the running for TCDP Chair. I have absolutely loved running for this position, and would’ve loved to serve you in this role, but the very best thing I can do for our party is to step aside for incredible women leaders.

Cofer added that planned fundraisers and events have been canceled, and all campaign contributions will be returned in full.

The question now becomes who will step into the empty race. Names already being touted include current party secretary Bianca Garcia and accountant Rosie Mendoza, who last year finished up an eight-year run on the board of Central Health. Stay with the Chronicle for more on what’s sure to be a developing story.

Vela to Waffling Dukes: Go Now
Updated: Dukes confirms she will be on the floor today 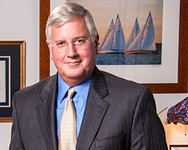 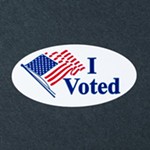 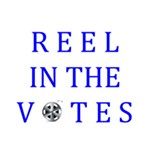