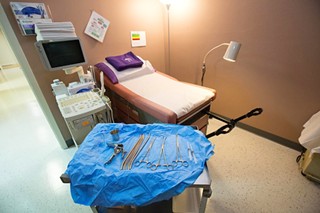 Jerked around by the Trump administration for the past month, a pregnant, unaccompanied Texas minor in need of abortion care has again been delayed from accessing health care by a federal appeals court, pushing her further into pregnancy – precisely what some anti-choice federal officials want.

The Office of Refugee Resettlement has continually blocked 17-year-old Jane Doe (who wishes to remain anonymous out of fear of family abuse) access to abortion while detained in South Texas, the Chronicle reported earlier this week. ORR is headed by an anti-choice figure who has promoted sending abortion-seeking migrants to religious counseling centers instead of medical clinics. The case has painfully highlighted the lengths the Trump regime – backed by Texas Attorney General Ken Paxton – will go to prevent abortion care for undocumented immigrants.

A California judge refused to make a ruling on the Doe case last week, which prompted Doe’s counsel (attorneys with the American Civil Liberties Union) to seek relief in Washington D.C, where Judge Tanya Chutkan granted the young girl permission to undergo abortion. The Department of Justice swiftly stepped in Wednesday evening and requested a last-minute stay of the ruling, preventing the girl yet again from accessing her right to abortion care. Following a hearing today before a three-judge panel, the Washington, D.C. Circuit Court of Appeals ruled that the federal government has until Oct. 31 to secure the girl a sponsor to take her to abortion clinic appointments, despite the fact that it’s a time-consuming process that has already proven unsuccessful. Doe also already has two adults aiding her in the judicial bypass process.

During the hearing, ACLU attorney Brigitte Amiri argued that even in light of her immigration status, Doe is guaranteed a constitutional right to abortion but that the federal government is exercising “veto power” over that right. "There's no reason why her immigration status should diminish her constitutional rights," said Amiri, according to livestreamed audio of the hearing. “The [Supreme] Court has said no matter how much of an interest the government has in potential life, you cannot act on that interest to ban abortion for anyone.”.

On the other end, the Department of Justice argued they are doing nothing to stop Doe’s abortion because she could just leave the country and return to her home in Central America. (Although ACLU attorneys seemed to suggest her undisclosed home country does not offer abortion care.) They also argued that the government is not required to facilitate abortion care, but rather are more interested in promoting childbirth. “The government has not put any obstacle in her path,” attorney Catherine Dorsey said. “Rather the government is refusing to facilitate an abortion, which it is permitted to do to further its legitimate and significant interests in promoting childbirth.”

However, in reality, the government, motivated by anti-choice ideology, has obstructed her path to abortion by forbidding her to be transported to an abortion clinic. And time has been of the essence for Doe, who is estimated to be 15 weeks pregnant – Texas law prohibits abortion after 20 weeks. By Oct. 31 she will be 16.5 weeks pregnant and possibly forced to trek hundreds of miles for abortion care. Both Austin-based Jane’s Due Process, which helped Doe receive her court order for abortion care, and the ACLU slammed the court’s decision as “dangerous.” Every day of waiting causes "irreparable harm,” wrote Jane’s Due Process.