Where do riders feel most generous?

Surprise, surprise: UT Football fans tip drivers a little extra when the home team wins. According to data from ridesharing provider Fasten, locals – including UT fans – are comparatively big spenders when it comes to tipping.

In the year since Fasten first implemented its gratuity feature, Austinites have tipped a cool $2 million to the service’s local drivers. And the breakdown shows that not only are Austinites better tippers than those here as tourists (by 33%), but also that the trend holds true across a hodgepodge of destinations. Other quirks include users’ tendency to tip more after a night of drinking, and Eastside bar patrons’ 5-10% increase in generosity over those frequenting spots in West Austin.

It’s hard to imagine that just one year ago some major ridesharing apps didn’t offer a tipping feature. Especially in Austin, with its hotel, music, and restaurant industries, the technical limitation was depriving drivers of a significant portion of their income. That’s when Fasten made this decision, which it’s been trumpeting this week. Uber made the switch this summer after a public and messy regime change necessitated a bit of good PR.

Of course – this being Fasten – the data dump comes with a promotional side item; the company celebrated the date it launched its in-app tipping feature, Sept. 12, by giving riders credits based on the amount they tip their driver.

Fasten Calls It Quits
Another rideshare bites the dust 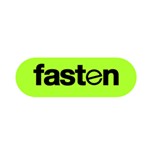