With a divided Council and uncertain prospects, Mayor Steve Adler has dropped his AISD “tax swap” proposal. Now he’s hoping he can salvage funding for an ambitious “Downtown Puzzle” solution despite doubts from his colleagues.

On Friday, Mayor Adler posted to the City Council message board (the online city solution to state-imposed “open government” rules) an acknowledgement of the inevitable: There will be no “tax swap” with Austin ISD, at least for Fiscal Year 2018. Following budget staff research, Adler had proposed the swap to Council as a means of reducing the overall property tax burden on local residents. The city would raise its property tax rate (the tentative proposal was 46.51 cents per $100 valuation, or two cents above the 8% “rollback” standard), AISD would reduce its rate proportionally (thereby reducing its “recapture” payment to the state), and the overall property tax burden would decline. 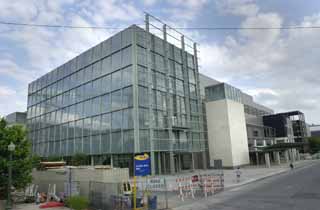 But the proposal foundered over what to do to compensate taxpayers (or schools) in the six other Austin school districts, as well as how to preserve equity for seniors and disabled taxpayers (who enjoy an AISD tax freeze, but not a city freeze), and with barreling deadlines, there was simply too little time to refine the proposal and sell it to skeptical council members representing those school districts, let alone potential rollback election voters. Wrote the mayor, “The message I’m getting from the community is that the tax swap concept is not ready yet, but I’d like to continue the conversation and see if we can get it ready for next year.”

Adler reiterated that the state’s public school finance system is broken, and if the Legislature continues to postpone a serious fix, Austin’s taxpayers will bear an increasingly unsustainable recapture burden ($537 million this year will become $724 million by 2020, far in excess of city collections). Perhaps that growing disproportion will persuade future Councils and voters that something’s gotta give – although a rational solution would involve the Legislature, the entire state, and every school district. For the short-term, the city staff's proposed budget, at the rollback rate, doesn’t include even the “parent support specialists” that the city has been able to underwrite for the last few years.

Another factor in the mayor’s retreat on the tax swap appears to be the uncertain fate of his “Downtown Puzzle” proposal: A plan to (in part), 1) raise the Hotel Occupancy Tax; 2) expand the Convention Center; 3) establish a “Tourism Public Improvement District”; 4) use the TPID revenues (generated from Downtown hotels) to reduce Downtown homelessness, especially in and around the ARCH on Seventh Street. Those are the basic elements: also involved would be a funding stream for heritage sites like the Mexican American Cultural Center and the Palm School, as well as the music industry. Austin Resource Center for the Homeless (Photo by John Anderson)

When he introduced the Puzzle in July, the mayor listed some two dozen interest groups – from homeless advocates to the hotels – which had collaborated in putting together the plan. Not among them were his Council colleagues – and judging from last week’s budget work session and this week’s regular meeting agenda, not all of them are ready to climb aboard. When Convention Center staff presented their departmental numbers, several council members – Kathie Tovo, Leslie Pool, Ann Kitchen – were skeptical, and suggested the proposed expansion is not their highest priority.

Those three are also the co-sponsors of Item 60 on this week’s agenda, a resolution by District 8 CM Ellen Troxclair to shift some HOT funding away from the Convention Center (and Visit Austin, the visitors' bureau) to cultural arts and parks. One “option” of Troxclair’s proposal would also involve a TPID – Adler was quick to point out that the hotels’ willingness to form a TPID is dependent upon the expansion of the Convention Center.

In a lengthy exchange on the message board, the mayor and Troxclair posted competing messages about how all this might work – or not. The mayor’s salvo says Item 60 would scuttle the Downtown Puzzle, undermine the hotel industry, and not address any of the problems the “Puzzle” is designed to address. Troxclair responds that before raising additional HOT funds, her proposal is “to provide balance and equity in how the City Council chooses to invest existing tourist dollars.”

The entire exchange is worth a read, and will underlie this week’s Council discussion of Item 60. Adler suggests postponing the entire discussion until late September (after the FY 2018 budget is adopted). For more on Item 60 and the City Council, follow the Daily News and this week’s print edition.