The Heidi Group failed to meet their own patient target goals 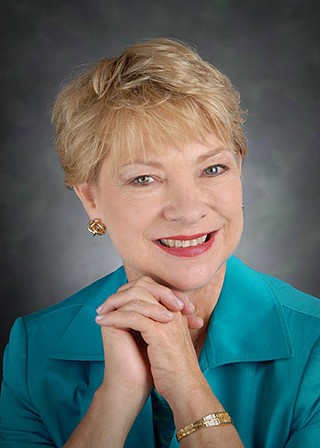 Carol Everett of the Heidi Group. (Photo via heidigroup.org)

It turns out when you put an anti-choice group headed by a woman with a tenuous grasp of basic medical science in charge of increasing access to reproductive health care, you don’t get the results you’re looking for.

Last year, the Texas Health and Human Services Commission doled out a $1.6 million contract to the anti-abortion Heidi Group, as well as $5 million in January so it could distribute funds to boost family planning services to area providers. Now, the HHSC has snagged most of that money back after the group failed to meet its expected patient goals. While Heidi planned to serve more than 17,000 women, an adjusted goal sets that number at fewer than 3,500. The Heidi Group will receive less than $1 million, and the remaining funds will be reallocated to 12 family planning providers across Texas, including a more than $200,000 boost to Travis County-based CommUnityCare clinics, according to an HHSC document. "They didn't reach their own targets during this first year of ramp up. We're adjusting the amounts to make sure we're maximizing services for women," HHSC spokesperson Carrie Williams wrote in an email.

The Round Rock-based group is headed by Carol Everett, a longtime anti-choice activist and author who led a network of crisis pregnancy centers, non-medical faux clinics tasked with persuading women against abortion care. It’s not the first time Everett’s group has seen taxpayer funds; their CPCs have won thousands from the state under the Alternatives to Abortion program. The Heidi Group has since been rebranded as a group that offers minimum health services. Last year, Everett told the Chronicle some of the state funds would indeed flow to CPCs.

Making her an even less qualified recipient, Everett has a curious understanding of basic health facts: During a state hearing on an anti-abortion rule, Everett claimed that humans can contract STDs and HIV through the water system. Everett was not available for comment today but a representative with the organization issued the following: “The Heidi Group is delighted that every dollar will be used to serve low income women with quality health care.”

The Healthy Texas Women funding stream previously included Planned Parenthood, but the state kicked the dominant provider out of the former Medicaid program in 2012, leaving the vacuum in services for low-income women to an anti-choice group. Early on, the writing was on the wall that the organization would fail: The Heidi Group fell short of its outreach goals and clearly lagged behind in connecting women with medical services, the Associated Press reported earlier this year. Hitting the nail on the head unintentionally, Everett stated at the time: "It's not as easy as it looks because we are not Planned Parenthood.” (Bingo.)

The contract drew heavy criticism from the pro-choice community, who slammed the move as an insult to taxpayers and an irresponsible investment in women’s health.

“There was nothing in The Heidi Group's operations or history to indicate that this non-medical organization was even remotely qualified to provide reproductive health care,” said Heather Busby, executive director of NARAL Pro-Choice Texas, in a statement. “Family planning dollars should be going directly to medical providers who have experience providing family planning and preventive care services, not anti-abortion organizations that aim to coerce and manipulate.”

Busby’s group is calling for an investigation into how and why the health department awarded an unqualified provider such a lucrative contract in the first place.