Money Don't Buy Everything, It's True …

Just before the start of last Thursday’s City Council meeting (Aug. 17), Mayor Pro Tem Kathie Tovo told a skeptical reporter she was estimating adjournment at about 11pm. As it turned out, she nearly nailed it: Mayor Steve Adler lowered the curtain just before 10:30. 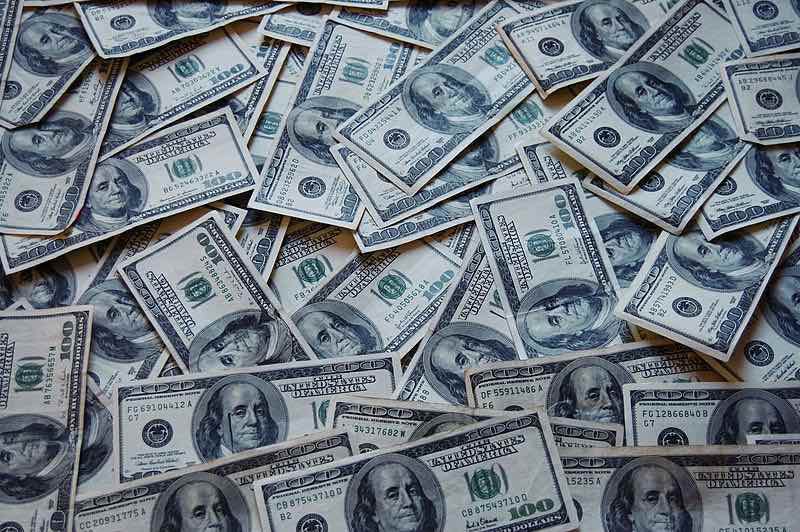 The major project was the public hearing (actually several related hearings) on the budget, which didn’t commence until almost 8pm. But Council’s new rules, limiting testimony time after the first 20 speakers, trimmed the hours as it had last week, and what might have been several hours became a manageable two-and-a-half.

The main themes were developed by dozens of speakers:

• Parks (especially pools): Although the proposed Fiscal Year 2018 budget doesn’t have much room for extras, if there is any movable funding at all, people (especially young people) are worried about their neighborhood pools.

• Social Services: Several speakers noted the underfunding of public health/social service programs, and reiterated the argument that “public safety” includes much more than just law enforcement. That too is a perennial debate – Council is likely to engage in its own wrestle between needs and resources.

• Property taxes: There was relatively little discussion of the proposed property tax rate, which floats the notion of a “tax swap” with Austin ISD to enable a proportionate lower rate overall, and more revenue retained locally. But the speakers who did address it were highly skeptical.

• Equity: Several witnesses called attention to the city’s new Equity Office, asking that the effort be sufficiently funded to be fully effective.

Council will be developing budget revisions over the next several weeks, primarily at work sessions and via the Council “concept menu” – the wish list of items looking for funding (or conversely, proposed for cutbacks). A very early draft is posted on the Financial Services website.

Nothing but Blue Skies: Last week’s extended public hearing featured much testimony asking Council to push harder on the Austin Energy Resource, Generation and Climate Protection Plan. (“With All Deliberate Speed,” Aug. 14) That was mostly rewarded this night, with Council approving AE’s recommendations while simultaneously directing modeling that could mean quicker achievement of 100% renewable energy and consequent climate protection. If the cost of renewables continues to drop, the city should be able to accelerate its goals.

Rooftops Needed: Council meetings do not proceed without some effort to incentivize, promote, or just cajole more Austin housing, especially of the affordable variety. The headline motion Thursday was to revise the Plaza Saltillo Transit Oriented Development Regulating Plan to enable Habitat for Humanity to build more affordable housing on a site located there. In principle, the changes could become a template for other TODs; added was a “goal” of more family-size units. Also on the housing front: a resolution to encourage residential co-ops; another task force, on housing “displacement”; another relating to a gentrification study.

See You in Court: Among its many assaults on local control, the 2015 Legislature overruled the city on “source-of-income” discrimination, when the 2014 Council told landlords they must accept federal Section 8 housing vouchers from prospective renters. In response, this Council directed city attorneys to prepare whatever legal action against the state is necessary “to fight housing discrimination based on source of income.” (In an unrelated action, Council also authorized litigation against a Lege decision to cap fees on cell companies installing transmission equipment in public rights-of-way – the Texas Municipal League estimated an effective $750 million subsidy to the companies.)

Keep on Swimming: Council remains uneasy about the proposed Aquatics Master Plan, and especially its implication that if the city can’t find enough money for major investments, some (still to be identified) pools might have to be closed. There is some hope for bond investment next fall, but in the meantime council members are taking public heat over the plan. Thursday’s solution? They’ll appoint a task force (probably a subcommittee of the Parks Commission) to consider the plan once more, with a priority on “needed investments” and on neighborhoods that are currently relatively facility dry. How does that Howlin’ Wolf song go?: “I ask for water, she brings me gasoline …” Maybe Council will have better luck.

Development Served: Following recent Council moves to expand Development Services – intended both to accelerate permitting and make the department effectively self-supporting – the department (with its partner Planning and Zoning) is outgrowing its current home at One Texas Center. Council authorized issuing $122 million in debt for the land, construction, and building on a site at the Austin Community College Highland Mall development. All of this expense will be, in theory, repaid through development fees – presuming, of course, that Austin’s boom growth years continue.

High-Wire Act: A major Austin Energy tree-trimming contract ran into headwinds weeks ago, when Garcia’s Tree Trimming complained it had been unfairly eliminated from the competition for a two-year, $34 million contract (with extension options) split between two other vendors (Asplundh and Wright). At Council’s request, staff reviewed the selection process and returned with the same recommendation, triggering an extended Council discussion on how to get local minority contractors some of the potential business, whether the contract could be further subdivided, whether Council has sufficient knowledge to sort out specific contracts, and even whether Council should be sticking its policy nose in what is a managerial process. They may revisit the policy, but after much discussion finally vote 8-2-1 to approve the contract for two years and revisit it before any extensions.

Boutique Agreement: A small hotel at the corner of Eva Street and West Elizabeth in Bouldin Creek caused some heartburn at a previous meeting over requests for balcony and canopy encroachments in the rights-of-way. Mayor Pro Tem Kathie Tovo’s staff helped broker a tradeoff between the hotel and the neighborhood association over traffic control and related matters, and both sides provided a public nod before the unanimous approval.

Free Kick: Despite some misgivings on the dais, Council voted to approve a federally sourced, $650,000, “family business” loan to Lonestar Service Company, a for-profit project of the nonprofit Lonestar Soccer Club, which sponsors youth soccer. The loan will help underwrite a concession facility to help support those programs, and (under the terms of the loan) create 21 related jobs. District 6 Council Member Jimmy Flannigan questioned the planned move of the organization’s headquarters from inside the city to the Northeast ETJ, although staff and other CMs responded that the benefits citywide are worth it. There is reportedly buzz among smaller youth soccer programs that Lonestar is overly professionalizing the youth game, but that complaint didn’t hit the dais.

The next regularly scheduled Council meeting is August 31, with a budget work session on the calendar for this Wednesday, Aug. 23. For more on City Council, follow the Daily News and this week’s print edition.