With All Deliberate Speed

A nine-member City Council considered a seemingly short agenda last Thursday, Aug. 10, although Austinites’ yen for earnest testimony stretched the day until almost 10pm. In context, that was a breakthrough – for sanity, and for saving the planet.

Only nine council members were on hand, as Mayor Steve Adler had decamped to New Orleans for a meeting of the U.S. Conference of Mayors, and District 3 Council Member Pio Renteria was at the Labor Solutions Conference in Arkansas. Mayor Pro Tem Kathie Tovo chaired the session, with an occasional gavel assist from D6 CM Jimmy Flannigan, which I guess makes him Mayor Pro Tem Pro Tem. The short dais apparently only affected one zoning case – when a 5-4 approval, requiring six votes, actually meant defeat – but otherwise procedures were unremarkable.

Indeed, adjournment would have come long before 5:30pm – even before the moving mariachi tribute to accordion prodigy, the late Anthony Ortiz Jr., by his family band – had not Austin Energy’s Resource, Generation and Climate Protection Plan been scheduled for a public hearing. Although the plan wouldn’t come to a vote – that would wait for a later meeting and a full dais – many Austinites wanted to weigh in on the plan, and more generally on the perilous state of the planet, facing accelerating global warming (not to mention even more immediate dangers). The hearing began in late afternoon, carried over the music and proclamations, and considering the number of folks who wanted to speak, would have ended long past midnight, had not Council’s revised testimony rules saved them from themselves. Before they got to that, Council did conclude some other business:

• Swim a Few More Laps: Council postponed indefinitely any decision on the Aquatics Master Plan – some council members are very skittish about the plan’s implication that some swimming pools might have to be closed if we can’t find the money – upwards of $150 million – it would take to repair all or most of them. There will be more public and commission input before the plan hits the dais again, and perhaps a separate project to develop a bond before November 2019.

• We’d Like to See the Manager: Council received the report of the City Manager Search Advisory Task Force, including a basic profile of the desired candidates – she or he just needs to solve affordability, cure traffic, collaborate with everybody in sight, and walk on water. Council also agreed to include the Task Force (but not the general public) in meetings with the finalists – how many and when is not yet determined, although the current timeline shoots for a decision by year’s end.

• Gimme More Shelter: Council directed staff to identify city facilities that might serve as emergency shelters for more people experiencing homelessness. The original resolution contemplated Downtown, and was amended to include at least the potential of shelters in other neighborhoods.

There were a handful of zoning cases and zoning postponements, most uncontroversial, although a proposal to allow a commercial liquor sales on Hymeadow Drive – just off Hwy. 183 in District 6 – died by neighborhood opposition and for lack of a sixth vote, although the change had been recommended by both staff and the Zoning and Platting Commission. It was an odd case, and CM Flannigan used it as another battle in his one-member campaign against overcomplicated, overlaid zoning, to no avail.

This was all preliminary to the evening’s featured occasion, the hearing on the AE Resource Generation Plan, which technically takes the agency over the next five to 10 years but looks forward to 2030, when the Council and city has targeted zero carbon emissions. AE VP Khalil Shalabi presented the AE plan, and the Electric Utility Commission Resource Planning Working Group brought its recommendations, which include a 65% renewable target by 2027. There was some division in the Working Group – some believe the 2027 goal should be 75% or even 80%, but there was sufficient caution about attainability and cost to sustain the 65% goal. But the plan contemplates accelerated goals as cost and technology allow, so the disagreements were fairly moderate and friendly. 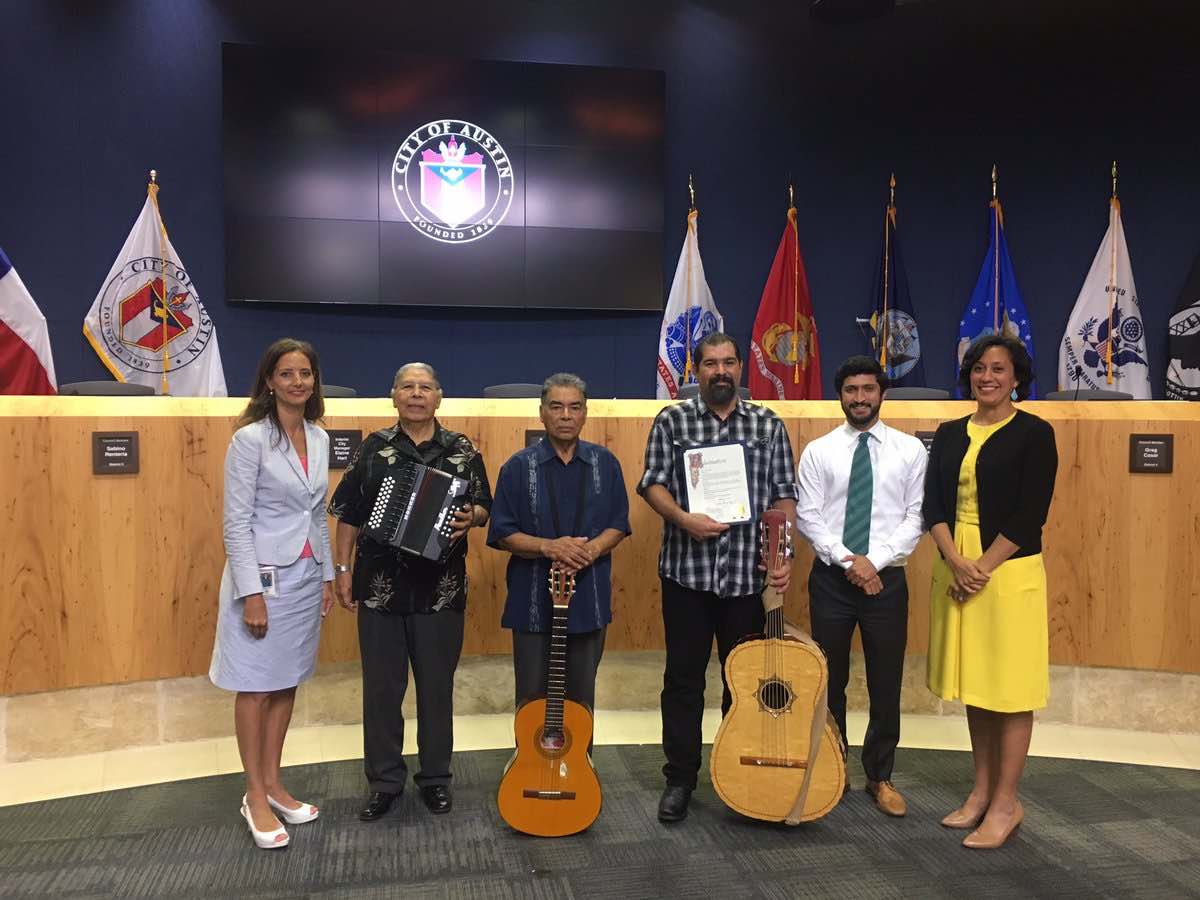 Many residents – approaching 200 as evening arrived – wanted to testify in favor of the current goals or stronger ones, and Council wavered on whether to enforce its new limits on testimony: first 20 speakers three minutes each, subsequent speakers one minute each. After some hesitation, the rules were sustained – and a rough calculation suggests that Council saved itself and the crowd about eight hours of repetition.

The central distinction was seemingly between 65-75% by 2027, and the accompanying concern of still maintaining affordable energy for most residents. Oddly, many of the speakers asked Council to “strengthen” the plan by moving to zero-carbon by 2030 – but in fact, although 2030 is slightly beyond the planning horizon, the plan still targets 2030-zero as an aspirational goal. (Longtime environmental advocate Paul Robbins, a not entirely unanimous member of the Working Group, complained earlier about being phone-recruited to the meeting by an activist who, he reported, apparently didn’t know her energy onions.)

It’s clear that most Austinites, at least as represented Thursday night, want the city to move forward on renewable energy, zero-carbon, and climate protection as quickly as humanly and institutionally possible. That’s likely to be echoed on the dais next week, and the only question will be how clearly, practically, and affordably the plan can reflect that common goal. If only our state and national leaders could respond so directly to environmental necessity and public sentiment.