State rep had until close of business Tuesday to accept D.A.'s offer 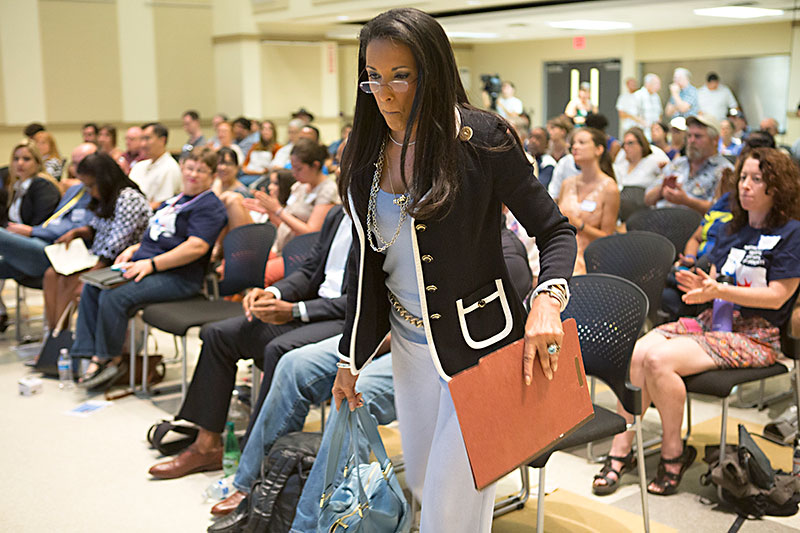 Travis County Democrat Dawnna Dukes, D-Pflugerville, at a recent candidate forum. The embattled politician has reportedly been given one day to accept a plea deal on her current felony charges, including quitting her office, and accepting drug and alcohol testing and treatment. (Photo by Jana Birchum)

Updated: At 5:10pm, the D.A.'s office sent out the following statement: "Travis County District Attorney Margaret Moore announced that she has had no contact today from the attorneys for Representative Dukes. The offer to resolve this matter has expired and is no longer available. We will be ready for trial."

Original post: There's a new plea deal on the table for Rep. Dawnna Dukes, but if the Pflugerville Democrat doesn't take it by the end of the day (Tuesday), the Travis County District Attorney's Office will continue with the raft of abuse of office charges against her.

Dukes was indicted in January on 15 felony charges (13 counts of tampering with a governmental record, and two of abuse of official capacity). She has pleaded not guilty on all 15, and faces an Oct. 16 trial. However, yesterday the Austin American-Statesman reported that District Attorney Margaret Moore had put a new plea deal on the table, similar to one offered last year, with one big wrinkle.

The first four components are identical. The fifth term is a new one.

• Dukes must resign from her House seat, effective immediately;

• Pay back the $3,000 unlawfully claimed for staff costs when she and they were actually working on unrelated issues;

• Pay a $500 fine for filing her campaign finance reports with the Texas Ethics Commission (just for her latest failure to file on time);

• Waive her right to a speedy trial for any future litigation related to the matter;

• Undergo drug and alcohol assessment, and complete any recommended treatment and counseling.

The criminal investigation into Dukes began in April of last year, after the State Auditor’s Office forwarded a file to then-D.A. Rosemary Lehmberg alleging that the lawmaker was using her staff for nonwork business like running the Annual African American Community Heritage Festival, and acting as a nanny for her daughter. The investigation stalled under Lehmberg, regaining urgency under Moore.

Dukes has issued no formal statement on the offer – and her fellow legislators have, as has become the norm, been left in the dark as to her plans. Late on Monday, she posted a rambling response to her Facebook page, citing the Statesman report, saying “it is truly not dignifying this new low that such character assassination has hit in this web woven to influence a court of public opinion.” She said she had been advised by her attorneys to avoid responding to media allegations in public, and said only God can judge her. Citing Jeremiah 29:11-13, she continued: “At the end of the day, my day, your day, all of our days… it is God who is the judge of all courts. 'For I know the plans I have for you,' declares the Lord, 'plans to prosper you and not to harm you, plans to give you hope and a future.'”

The suspicion (or fear) among Democrats is that Dukes will not take the deal, prolonging the agony even further and causing yet more internal strife within the county party. That said, there were a few hearty laughs on the House floor yesterday when Dukes no-showed the special session yet again. Speaker Pro Tem Sarah Davis, R-Houston, announced that she was excused from the floor due to “pressing business in her district.” 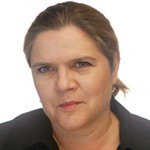