With the goal of eliminating abortion, Texas Republicans have stripped Planned Parenthood of funding and steadily obstructed patient access to care over the past few years. Turns out, their ideological, anti-choice crusade is having the opposite effect. A new study shows abortion rates have jumped since Planned Parenthood was blocked. 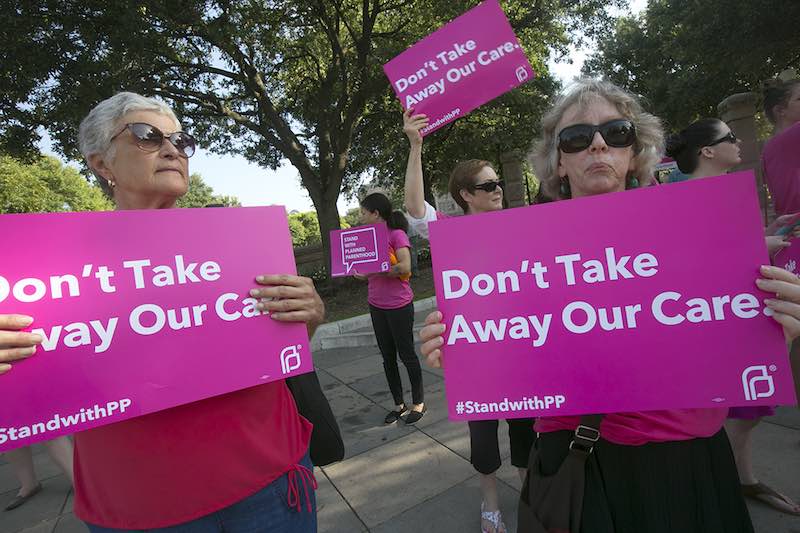 While at Texas A&M University, economics professor Analisa Packham found that when the Texas Legislature cut family planning funding by two-thirds, or $76 million, in 2011 and simultaneously defunded Planned Parenthood, teen abortions increased 3.1% in the following three years while teen births spiked by 3.4% in the following four years.

The budget cuts not only hit Planned Parenthood but shuttered a total of more than 80 family planning clinics altogether, impeding access to preventive women’s health care and low-cost contraception, a direct reason for unintended pregnancies, especially among teens. “Although the primary stated objective of the funding cuts was to decrease abortion incidents, I find little evidence that reducing family planning funding achieved this goal,” Packham sharply concludes.

Packham reports that 2,200 teens would not have given birth if the Legislature hadn’t cut family planning, slowing the overall progress of a decreasing birth rate. With an average taxpayer cost of $27,000 per birth, the price tag of the cuts total an estimated $80 million, outweighing the funds saved by the drastic cuts – a figure self-avowed fiscal conservative Republicans may want to heed. Other research bolsters Packham’s work: Last year, the UT-based Texas Policy Evaluation Project found that in East Texas’ Gregg County, abortion rose by a whopping 191% in the two years after the county lost 60% of its family planning funding. Similar results appeared in neighboring counties.

"Planned Parenthood clinics are often the best-equipped to offer the right contraceptive choices and have better continuation rates for patients, which leads to a decrease in unintended pregnancies and abortion," Kami Geoffray, CEO of the Women's Health and Family Planning Association of Texas, tells the Chronicle. After Texas saw a 50% drop in clients receiving Title X funds for family planning services following the 2011 cuts, the Obama-era federal government bypassed the state in 2013, granting Geoffray's organization millions directly to dole out to 100 clinics statewide. "Since implementation of exclusion policies and tiered funding began in 2011, several studies have documented disruptions to the family planning provider network and resulting negative health outcomes for Texas women and families – from an increase in Medicaid births to maternal mortality – further highlighting the critical role Planned Parenthood plays in the family planning safety net."

The study comes less than a week before the Texas Legislature is expected to reconvene on July 18 for a special session with plans to further destroy access to reproductive health care and target Planned Parenthood. Gov. Greg Abbott has included a slew of anti-choice measures in his ambitious 20-point agenda, including a ban on private abortion insurance coverage and preventing local governments from allocating any tax dollars to abortion providers or affiliates. Even with evidence showing their politically motivated goals aren’t being met, it’s a safe bet anti-choice lawmakers will continue to wreak havoc on health care, facts be damned.