The Austin Police Department will resume all remediation efforts to remove the apparent mold from the 849 backlogged rape kits currently stored in the department’s East Austin warehouse. 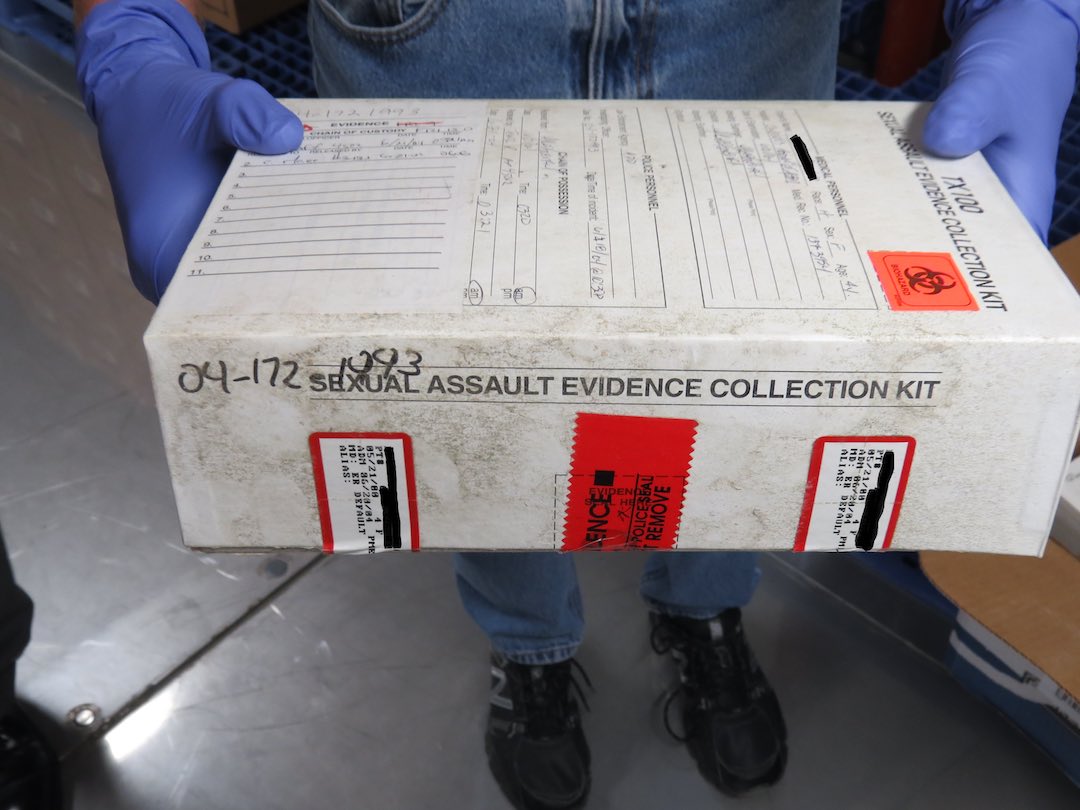 Efforts will include wiping the kit exteriors with a 10% bleach solution originally recommended by Jody Koehler, DNA section manager at the DPS Capital Area Regional Lab, in June.

On Thursday (July 6), after an APD lab briefing before Travis County Commissioners, District Attor­ney Margaret Moore told the Chronicle that the solution has since been okayed by Dr. Bruce Budowle, board member of the Texas Forensic Science Commission. Both he and Koehler have instructed APD to finish using the bleach mixture on the kits. Gregg Cox, operations chief for the the D.A., told commissioners that each moldy kit will still be sent out to the contracted labs for testing, as required by state law. Prior to sending, APD will label each kit to inform the lab of the mold issue, and to be extra vigilant upon opening the kit and testing the evidence inside.

Cox, Budowle, and several other members from the stakeholders group looking at APD’s forensic lab visited the department's evidence warehouse on Monday (July 3) to observe the damage. Cox said that seeing the kits and warehouse in person “caused us not to be alarmed,” and that the kits were not “actively” growing mold. He also noted that no tests have been done to confirm if the dust-like substance covering the majority of kits is in fact mold. Though several kits had survived more serious mold damage, Cox called them the outliers. He remains hopeful that the mold has not penetrated their exteriors.

All but 25 of the 849 moldy kits were collected between 2010 and 1990. Both Moore and Cox insisted that the majority of those kits do not belong to “prosecutable cases” and are being stored for testing solely to comply with state law. However, Cox could not yet confirm exactly how many kits are part of active cases with survivors waiting on DNA testing results.

According to Cox, APD has established a prioritization system for sending out rape kits for testing. First tier cases are ones that have a survivor interested in pursuing prosecution and with a case that is likely prosecutable. Those in the second tier involve cases that are less clear as to whether they’ll be prosecuted. Survivors in those cases are reportedly uncertain about pursuing criminal charges against their attackers. The department’s lowest priority (third tier) cases are the ones that involve a kit being obtained, but a survivor who does not want to pursue charges. Of the kits possibly affected by mold, Cox said he doesn’t think there are “any tier one kits here.” County Judge Sarah Eckhardt wondered aloud whether maintaining these back-backlogged kits (some nearly 30 years old) was the “best utilization of resources.”

State law, however, requires that all kits be tested, with the results getting entered into CODIS, a national DNA database. Whether those particular cases are prosecuted or not, their associated kits’ presence in the database can help identify perpetrators with a history of violence – an important detail considering that the average rapist will repeat the crime six times before being caught. After the update, SAFE vice president Coni Stogner told the Chronicle that testing the back-backlogged cases constitutes “a matter of public safety.”

Commissioner Brigid Shea shared her dismay that neither APD nor the D.A.’s office could currently identify the active cases connected to the moldy kits. “It’s certainly unclear to me – how old are some of these cases?“ she asked. ”Because I would certainly feel that justice delayed is justice denied, especially with charges of rape. The impression is left that justice is not being done for these victims.” 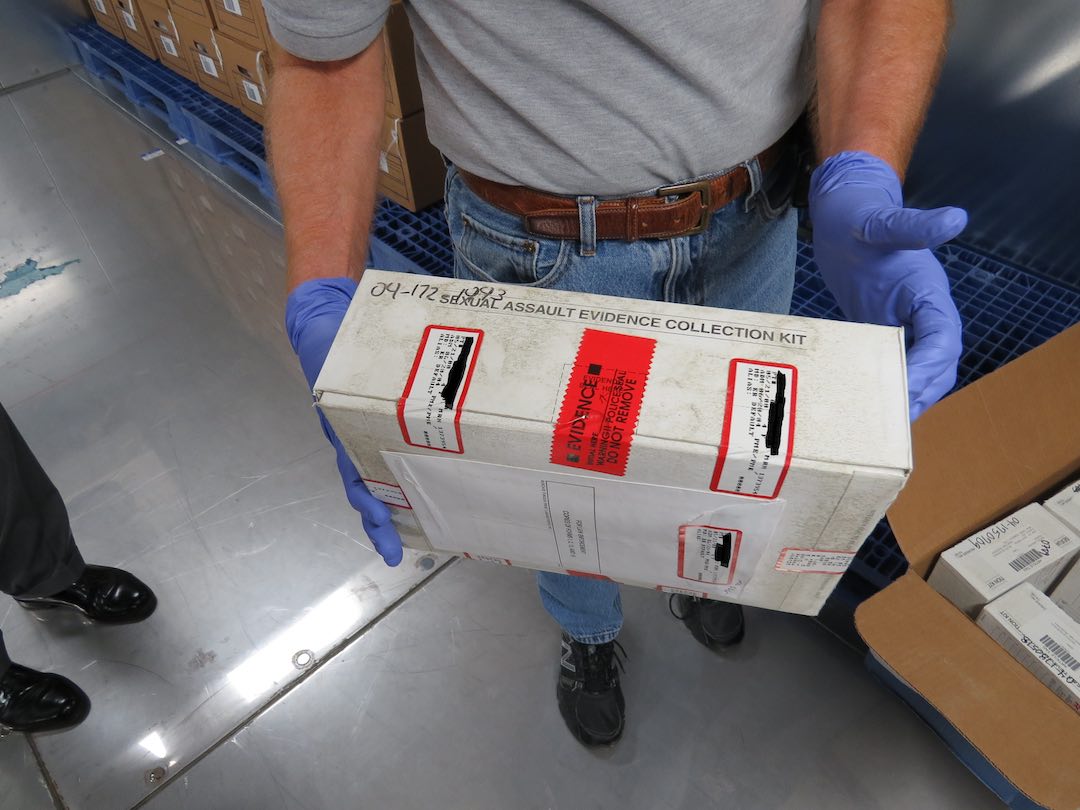 After Cox briefed commissioners on Monday’s findings, Eckhardt praised APD’s speedy response to the mold, before noting the “bigger issue” – that it took two months before all stakeholders were informed of the issue by APD. Cox attempted to throw the department a bone by telling commissioners that a representative from the D.A.’s office usually attends the monthly meetings of the Sexual Assault Resource and Recovery Team. However, a representative was not in attendance for the June 8 meeting when APD informed the coalition of the mold problem. “We recognize the sensitivity of this issue,” said Assistant City Manager Rey Arellano. “We should have notified the stakeholders formally … along the way, APD did inform some people, but certainly not in a formal way.”

Assistant Police Chief Troy Gay confirmed to the Chronicle that the mold issue was not on APD’s agenda to discuss at the June 21 stakeholder’s meeting where the issue was finally raised. He said simply, “someone brought it up and then it was discussed.” According to Gay, Tarrant County is one of the only counties in the state with a policy on police reporting evidence issues, so it’s “a judgement call,” he said. “But if you get the judgement wrong, then you’re all here on the news.” Going forward, Cox has asked APD to over-report all findings, and APD will create a document of procedures and protocol within the next two months. Gay said APD is “looking at this as a lesson learned ... Clearly this is something that – even though the evidence is not in the lab, it’s part of the warehouse – it’s still something that’s part of the whole process.”

It was also confirmed that the city has agreed to bring in a third party to conduct an audit on APD’s quality assurance protocols within all forensic disciplines (not just DNA) and storage areas. Eckhardt appeared pleased by this, saying she believes the audit and eventual protocols will “inform our ‘look forward‘ and our decisions in regard to how we manage collectively the development of a body of evidence to be utilized by both the prosecution and the defense.

”And I cannot say that enough, prosecution and defense – to assure that justice is done in our court system.”