Tears of joy and thanks precede hope of financial safety

“Joy.” That was Dan Keller’s heartfelt response to the question, What’s your reaction to what has happened? Dan and wife Fran were at the Downtown office of Keith Hampton, their attorney who has worked (pro bono) for years, first to free them from prison and now, to have them exonerated. Said Fran, “I still can’t quite believe it.” 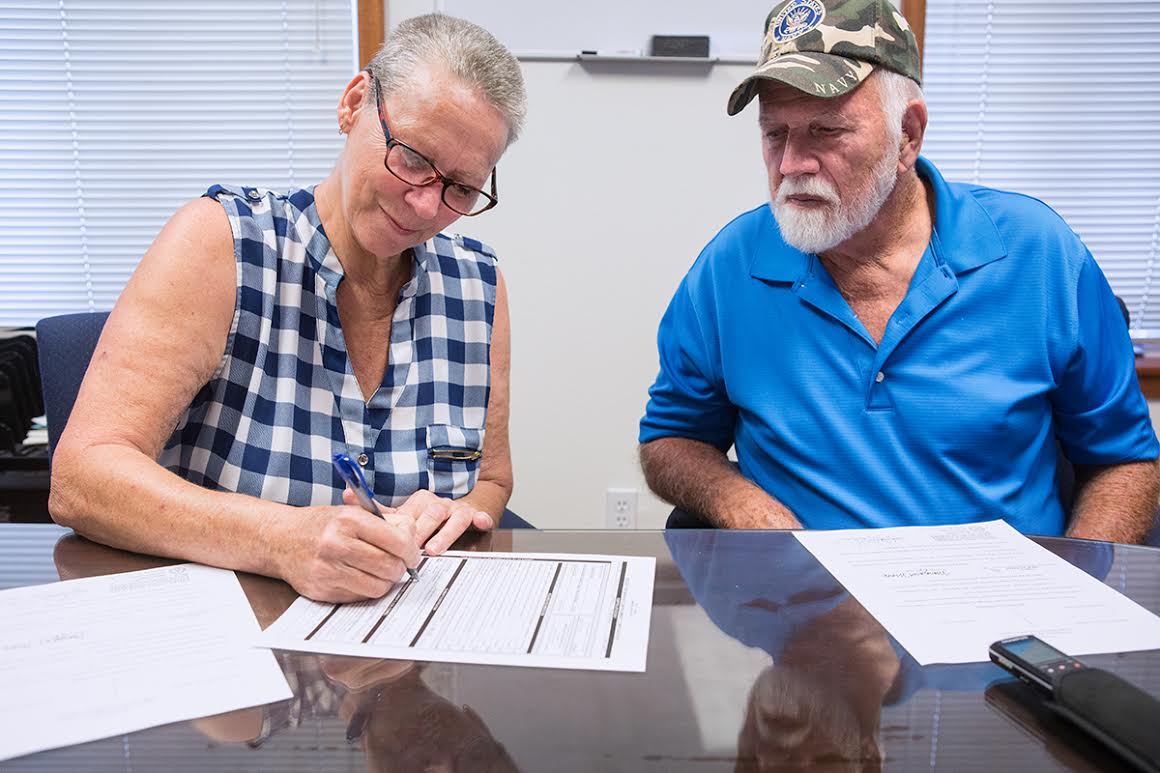 Fran and Dan Keller, at the office of attorney Keith Hampton (Photo by Jana Birchum)

On Tuesday morning, Travis County District Attorney Margaret Moore issued the press release confirming that the Keller criminal cases had been dismissed, on Moore’s motion, by 147th District Court Judge Cliff Brown. Moore said she had personally reviewed the trial and appeal record, and the available evidence, and concluded that “no credible evidence exists that inculpates the defendants” and that the Kellers “are actually innocent of the crime for which each was sentenced.” Her motion and the consequent dismissal means not only that the Kellers have been exonerated of all charges, but that they are now eligible for state compensation for the 21 years each spent incarcerated for their alleged crimes.

In a brief conversation after they had signed the documents confirming their exoneration, Fran Keller said that she and Dan could finally “breathe right” again, and they thanked D.A. Moore, attorney Hampton, and everyone else who had contributed in some way to the slow process that had finally led to their exoneration. They singled out, for praise, former Chronicle reporter Jordan Smith, who had originally reported their story and the recantation of Dr. Michael Mouw, who had provided the only medical evidence – which he later retracted as an error – of physical injury to one child who had made the initial outcry of abuse against the Kellers. Fran thanked Mouw as well for his persistence in trying to inform the original investigators, then later, reporter Smith, that his early diagnosis as a young emergency room doctor was almost certainly an error.

In a conversation Tuesday morning, prosecutor Moore described the process she pursued in reviewing the case and its history, a responsibility that she acknowledged as resting entirely upon her as the “state’s attorney” in the case. Her predecessor, Rosemary Lehmberg, had left the matter as it stood when she stepped down at the end of 2016 – with the Kellers technically on appeal bond, not to be retried, but not exonerated – and it fell to Moore to pursue her own review and make a final determination.

The Court of Criminal Appeals had granted limited relief due to Mouw’s recantation and the lack of other corroborating evidence that a crime had occurred. “Without that physical corroboration,” Moore said in her release, “and because the victim [now grown] no longer recalls any of the events of which the Kellers are accused, the cases are not prosecutable and must be dismissed. Moreover, because that medical corroboration was critical to the state’s case at trial, it is my conclusion that I am obligated … to make this motion.”

Prior to filing the motion to dismiss, Moore told the Chronicle, she felt obligated to hold conversations with two of the now grown child-“victims,” who with their parents continue to believe that the abuse occurred in some form. “They did not agree with my decision,” she said. “A lot of their reaction had to do with the term ‘actual innocence.’”

Moore emphasized the legal meaning of “actual innocence” as distinct from the vernacular sense of the term. “It means I had to assess the credible remaining evidence after removing the recanted testimony, and make a judgment whether a reasonable juror would have enough evidence for a conviction with what’s left. A state’s attorney makes decisions like that every day when deciding whether to pursue a prosecution. In that context, I believe this [exoneration] was the right thing to do and the correct thing to do under the law.”

“I did not go back in time,” Moore concluded, “to try to determine what ‘really happened.’”

Hampton said that his primary reaction to the news (he first heard directly from Moore Monday evening) was “relief.” He congratulated D.A. Moore “for finding a path to innocence that others couldn’t find” (an unsubtle reference to Lehmberg’s inaction on the exact same set of facts), adding with enthusiasm that Moore had “figured out how to do the right thing, and then did it. That’s all you can ask from a prosecutor, or indeed from anybody.”

Hampton said the next steps in the process require him to file with the state comptroller the court documents confirming dismissal and the precise documentation of the Kellers’ prison terms that make them eligible for compensation from the state. The Tim Cole Act, named after a notorious case in which an innocent defendant died in prison, enables compensation in cases in which the state's attorney (e.g., Moore) has concluded that the defendant is “actually innocent” and the court has dismissed the charges. The Kellers would reportedly be eligible for $80,000 each, for each year of the 21 years they spent in prison; Hampton says that if all goes well in the official confirmation process, they should receive that compensation in 45 days or less.

“We can’t give them back the years we took from them,” Hampton said. “But we can compensate them as much as a society can.”

As she signed the document that would confirm her exoneration, Fran alternated between glowing relief and tears of joy; Dan beamed with satisfaction and relief. “I had a vision on my [prison] bunk many years ago, of God coming to me and saying, ‘Don’t worry, you will be going home.’ I believed in that vision,” he said with a smile, “but I just didn’t know it would take this long.” The couple said they would soon host their family and friends in a “big barbecue” to celebrate, and they’ve allowed themselves to hope that their compensation will enable them to buy their own home.

Reached earlier by phone, as they prepared for the drive to Austin to sign the exoneration papers, Fran said that when she first received the news – via telephone from Hampton Monday evening – “I just couldn’t believe it. It’s still unbelievable. I guess it will hit me when we’re finally compensated, or when all the records are cleared, or when the D.A. says its over and done with.” Fran continues to hope that her family photo albums, seized decades ago by the original investigators, will be retrieved from the official files and finally returned.

“There’s a time and a place for everything,” she said. “And now God, and the D.A., and everyone else has done their job, and we’re very thankful.” 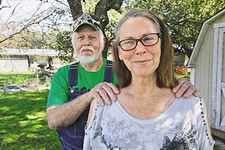