Council Wrap: Not Quite Midnight

Considering its 104-Item agenda last Thursday (June 15), City Council did pretty well to adjourn by 10:42pm. That was not without some grumbling, as well as intermittent giddy-ups from Mayor Steve Adler. The lengthiest debate concerned the Juvenile Curfew Ordinance – both amended and punted – but plenty of other business flowed under the bridge. 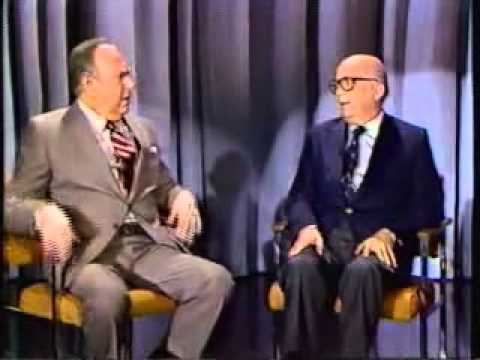 Not the Austin City Council: Bob & Ray and the Slow Talkers of America

In the wake of recent Council efforts to shorten the marathons, Mayor Adler chaired the session with an eye toward keeping things moving – and by the evening testimony on the youth (under 17) curfew, the recently enacted rule limiting later speakers to one minute (after 20 at three minutes) had some salutary effect. It was not a good day to represent the Slow Talkers of America – a few of the Items were ripped through quickly enough to leave the dais a bit breathless.

“Don't feel like you need to take the full three minutes,” suggested the mayor to prospective witnesses, “on something that looks like it's going to pass.” A few even took his advice.

The public hearing on the curfew began about 4:30pm and ran until nearly 6pm – following music and proclamations, the dais returned to the question for another couple of hours, with additional testimony from Austin Police Chief Brian Manley and Municipal Court staffers. District 4 Council Member Greg Casar pressed hard for an outright abolition of the curfew (Item 99), but the dais was audibly split about what to do in “the gap” between abolition and an anticipated stakeholders’ report devising an alternative policy.

Via a series of amendments, Council eventually voted narrowly to abolish the daytime (school-hours) curfew (largely unenforced in the summertime), and extend the nighttime (11pm) curfew until Oct. 1, with the understanding that the stakeholder work groups (various social service orgs, the APD, youth groups and advocates, etc.) would return by late September with substantive recommendations (accelerated from a proposed Dec. 31). Meanwhile, police officers will prioritize “warnings” over citations – although the court staff pointed out that almost all curfew violations end not in juvenile convictions, but in diversion to some kind of youth and family support programs.

Although Casar subsequently issued a statement saying he was disappointed with the compromise outcome, several of his colleagues expressed uneasiness at leaving police officers with no clear policy for interacting with unsupervised younger teens on the street late at night. Chief Manley noted that while the support of the service organizations is welcome, it’s the officers who are first responders to occasionally dangerous situations. The stakeholder groups – including virtually every group with some interest in young people – are now being asked to devise some “non-criminal” alternative that can help kids flirting with trouble.

There was an odd mix of allies advocating abolition, including a few teen students, various youth advocacy organizations, and even spokespeople for home-schooling organizations who fear their students might get caught up during conventional school hours – although when asked, the reps couldn’t identify a single instance of an Austin home-school student who had been cited for a curfew violation. (Various exceptions to the curfew are already included in the current code.) For more, see “Semi-Demi Curfew for Now,” June 16 – the recommendations are expected to return to the dais in late September.

• Big Park Rules: Following a couple of weeks of extended discussion, Council adopted on consent a new set of limits governing use of Zilker Park, Vic Mathias Park (Auditorium Shores), and Fiesta Gardens. The new rules will limit the number of days for special events, and enact other rules intended to protect the parks as well as enable more ordinary residential uses. (Not officially experimental, but probably not the last word.)

• Auditing AFD: Despite several misgivings on the dais, Council approved unanimously a quick-and-dirty City Auditor's audit of the Austin Fire Department, focused on the ongoing use of expensive overtime to compensate for short staffing created by the aftermath of years of discriminatory hiring and a Department of Justice consent decree that has slowed the cadet class process. D6 CM Jimmy Flannigan and D10 CM Alison Alter say they want fuller confirmation of the underlying causes; D2 CM Delia Garza and D3 CM Pio Renteria (and others) objected to yet another review of old business and the implicit targeting of AFD (and perhaps the Austin Firefighters Association) – and the fast-tracking of an audit ahead of budget deliberations – but joined their colleagues in approving the audit.

• Green the Runoff: With a bit of morning press conference fanfare and some enthusiastic testimony, Council approved unanimously a direction to staff to devise “Green Stormwater Infrastructure” proposals and return to Council by the end of the year. City policy is already committed to doing what’s possible to reduce stormwater runoff and thereby reduce creek pollution and flooding; this resolution would pursue a coordinated policy, particularly governing new multi-unit construction without – assured the advocates – boosting housing prices indirectly.

• Appoint the Trustee: Despite the still simmering controversy over the lessening of diversity and potential conflicts of interest due to her affiliation with St. David’s Healthcare, Council approved the delayed appointment of Julie Oliver to the Central Health District board of trustees (more formally connected to Seton Healthcare). That conversation may continue.

• Lemonade Liberated: Council approved on consent a direction to staff to do whatever is necessary to permanently waive any permitting and fee requirements technically covering “children’s neighborhood beverage stands.” D8 CM Ellen Troxclair has been claiming the city’s food safety regulations governing street drink sales (waived annually on “Lemonade Day”) have been an onerous burden on children’s lemonade stands. In fact, the Public Health Department confirmed last week that it has never required a permit or fee for any children’s neighborhood stands. But thanks to Troxclair, this entirely theoretical tyranny will soon be forever banned.

This week’s regular meeting (June 22), the last before Council’s annual July break, features a zoning-heavy agenda that will also return a few postponements from the last few weeks. For more on City Council, follow the Daily News and this week’s print edition.