“This is not workable.” 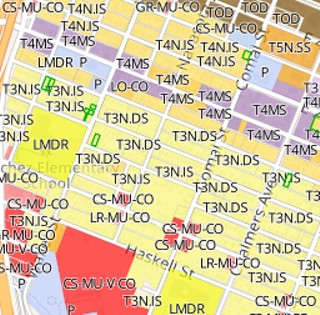 City Council begins its deliberations on CodeNEXT at a special called meeting today at 1pm, with a clear and unanimous recommendation from its top regulatory commission.

The city’s Zoning and Platting Commission voted unanimously yesterday to send a formal letter to Council, city staff, and planning consultants, calling the proposed draft code “less clear and harder to use than the current code,” saying that “the first CodeNEXT draft is incomplete, hard to understand, and will be difficult to use,” and recommending “that the process be slowed down” and the code largely rewritten to scrap the current three-part structure and “provide a cohesive, unified, easy to administer code that can be used throughout the city.”

And that was just the start. After the regular ZAP meeting, there was a special joint meeting of ZAP and the Planning Commission, at which commissioners took turns grilling city staff and consultants about why so much of the new “transect” zoning is concentrated in the interiors of existing close-in neighborhoods, and so little along the corridors and centers identified in the Imagine Austin comprehensive plan. As ZAP chair Jolene Kiolbassa put it: “This is not workable.”

Consultants noted that new construction is very expensive, and that the average housing costs go up dramatically, in direct correlation to how much older, less expensive housing is demolished to make way for new construction. Interestingly, it was the first time they’ve directly admitted as much, and they almost immediately went back to the party line that incentivizing teardowns and denser replacements for existing low-cost, low-density housing is the way to go. Commissioners on both sides of the density/preservation dichotomy seemed skeptical at best.

“We need to start doing it right, and not doing it wrong,” said Planning Commissioner David King.

The part of the discussion that involved the consultants and Planning and Development Review Director Greg Guernsey was less fruitful. In general, the Opticos consultants seemed very open to tweaking any and all elements of the draft, both code and mapping, but there was little indication of how the process might become more transparent and accountable. Guernsey, perhaps understandably, seemed to push back more on the criticisms.

And Fregonese and Associates’ Alex Joyce seemed not to understand any of the questions being asked of him: Asked why there wasn’t more density planned along the corridors identified in Imagine Austin, he answered essentially that you can’t force density where it isn’t planned for, ignoring the fact that these corridors are precisely where there are the sorts of plans he was talking about: the Corridor Mobility plans.

He seemed to willfully ignore the Commissioners’ repeated questions regarding demolitions, and the connection between land values and zoning. Clearly, increasing entitlements increases the land value. But when asked whether the team could envision some way to cut down on demolitions, Joyce replied that they’re already happening, so CodeNEXT wouldn’t necessarily make things worse.

Asked if he had the number of units to be gained in areas zoned T3, he said yes, he had that figure, but didn’t give it.

Joyce is also the lead consultant on the Envision Tomorrow forecasting tool, which is supposed to predict the results on the ground over time, for different zoning scenarios.. Commissioners put off the scheduled presentation on Envision Austin, except to ask if the much repeated forecast that one in seven Austinites would be displaced by redevelopment enabled by CodeNEXT was correct. Joyce said that was a misinterpretation, though he didn’t offer any further detail, except that his team would soon be issuing a new version of the tool with improved headers and notes.

The Envision Tomorrow tool is on today’s Council agenda as well; it’ll be interesting to see if they get any further.

Tune into today’s council meeting (1pm on cable ch.6) to see what the council members make of the whole mess, and see this week’s Public Notice tomorrow for a recap of that meeting.


Here’s the text of the ZAP letter to council, which will be “wordsmithed” a bit, and sent to council after the next ZAP meeting:

“The Zoning and Platting Commission finds that the CodeNEXT draft proposes a land development code that is less clear and harder to use than the current code, and recommends that there be one code for the whole city. The most important goal of CodeNEXT was to improve the Land Development Code’s effectiveness, clarity, consistency, predictability, and ease of implementation and administration. Unfortunately, the first CodeNEXT draft is incomplete, hard to understand, and will be difficult to use. Instead of one set of simplified zoning standards, the draft has two different standards with far too many categories. In addition, the CodeNEXT draft maps show that roughly 25% of the City will retain Chapter 25 zoning.

“The Zoning and Platting Commission oversees 68.5 percent of Austin’s geographical area, and at each meeting routinely approves plats and zonings allowing for the potential of hundreds of additional residential units. Unfortunately, we believe that CodeNEXT does not adequately deal with these growth areas. In greenfield areas where the opp exists to create the complete communities envisioned by Imagine Austin, the proposed code forgoes this option and instead commits these neighborhoods to being automobile-centric and without amenities within walking distance.

“The Zoning and Platting Commission considers the mapping imprecise and uneven, with transect, non-transect, and Chapter 25 zoning muddled together in several neighborhoods. …

“The members of the Zoning and Platting Commission recommend that the process be slowed down to give the staff and consultants adequate time to engage the public and to incorporate feedback, in order to provide a cohesive, unified, easy to administer code that can be used throughout the city. …”