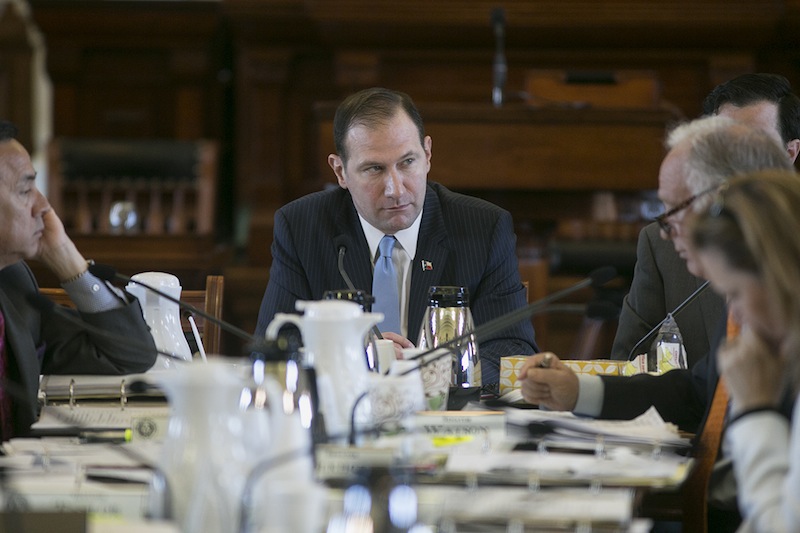 The most sweeping anti-choice bill since 2013’s House Bill 2 now moves to Gov. Greg Abbott’s desk for an expected signature.

The Texas Senate gave its final nod to omnibus Senate Bill 8 on Friday afternoon, just three days before the end of the regular legislative session. The bill, by Sen. Charles Schwertner, R-Georgetown, requires abortion providers to bury or cremate women’s fetal and embryonic tissue, a 2016 health department rule blocked by a federal judge in Austin earlier this year. Through an amendment added last week by House Rep. Stephanie Klick, R-Ft. Worth, SB 8 now ensures women will be barred from undergoing so-called “dismemberment abortions” – another non-medical term that describes dilation and evacuation (D&E), the safest and most common type of second trimester abortion, without exceptions for rape or incest.

SB 8 also prohibits the donation of fetal tissue from abortion to medical research and bans a procedure anti-choice politicians refer to as “partial birth abortion,” known in the medical field as intact dilation and extraction (D&X), already illegal in the U.S.

The Senate approved the House’s even harsher version of the bill by a 22-9 vote, moving it to Abbott’s desk to become law. Both Sens. Sylvia Garcia, D-Houston, and Jose Rodriguez, D-El Paso, pointed out the inevitable prior to the final vote – that the multi-part anti-choice bill will end up in litigation, sharing the same fate as virtually every abortion restriction passed by the Texas Legislature in recent history. "If this passes there's no question in my mind we're going to be sued again,” said Rodriguez. Through the SB 8 debate, Democrats and abortion rights groups have cautioned the bill is harmful to women’s health; imposes a burden on women and providers; impedes the doctor-patient relationship; and stands as an unconstitutional piece of legislation.

“In a complete disregard for previous court rulings, including last year’s Supreme Court decision reaffirming the right to an abortion, the Texas Legislature has passed another dangerous bill that will place an undue burden on people seeking an abortion,” said Heather Busby, executive director at NARAL Pro-Choice Texas, after the vote. “Texas taxpayers will now have to pay for expensive litigation because lawmakers insist on passing bills they know are unconstitutional, simply to appease an extremist anti-choice lobby.”

The Center for Reproductive Rights, the legal group that successfully helped defeat HB 2 at the U.S. Supreme Court, immediately called on Abbott to veto the “medically unsound” bill and reminded that Texas is still on the hook for a $4.8 million dollar tab after its losing battle against CRR in the SCOTUS case. The group hinted at filing possible litigation against SB 8. “From banning a safe method of abortion to doubling down on regulations already blocked by a federal court, Texas politicians continue their crusade against a woman’s right to safe and legal abortion,” said Amanda Allen, CRR senior state legislative counsel. “The Center for Reproductive Rights vows to battle any unconstitutional measures in the courts until the rights of Texas women are respected and protected.”

In passing the D&E ban, Texas joins seven other states; however similar laws in Louisiana, Kansas, and Oklahoma have failed to take effect due legal challenges by CRR.

Abbott and lawmakers need not look too far into the past to see what happens when they pass unconstitutional abortion laws. We all know how that turns out.