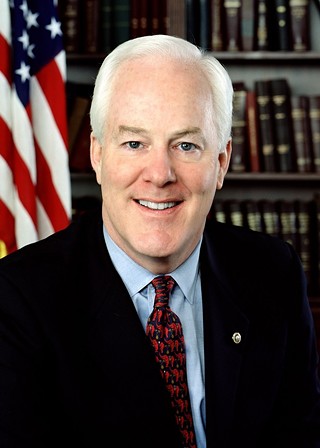 Sen. John Cornyn, one of the names floated as the next director of the FBI

It’s been a mixed weekend for Sen. John Cornyn. First Texas’ senior senator had his invitation to speak at Texas Southern University’s commencement revoked. On the upswing, he was rumored to be shortlisted as the next director of the FBI – then one of his fellow GOP senators said he’d be a bad choice as the government’s top cop.

Cornyn’s snub from the historically black college came after students and faculty signed a Change.org petition opposing his appearance, since they saw his track record (approving Jeff Sessions as U.S. Attorney General and Betsy DeVos as Secretary of Education, plus his opposition to affirmative action and Children's Health Insurance Program expansion, to name a few) placed him at odds with the needs and positions of the majority of the country’s minority students.

That would be a worrying sign for most people, but especially someone whose name has been floated to head the agency responsible for investigating civil rights cases.

Cornyn may have already made the short list. Reports indicate he was one of a growing list of candidates, along with Fisher, Garcia, and McCabe, who were interviewed over the weekend.

Several of those named could be considered outside shots: For example, while Thompson criticized Comey’s handling of the Clinton emails, he also co-authored a Washington Post op-ed last October calling for Trump’s electoral defeat. Similarly, Luttig got crosswise with the Bush administration on pivotal terrorism-related cases, including the detentions of wannabe “dirty bomber” José Padilla and Yaser Esam Hamdi.

Yet the same track record that made Cornyn a controversial pick for Texas Southern could lead to tough questioning from Democrats if he becomes the nominee. Moreover, the senator is already proving a divisive choice among fellow Republicans. Sen. Marco Rubio, R-Florida, has already lauded both Cornyn and Clinton-basher-in-chief Gowdy as good picks. But Sen. Lindsey Graham, R-South Carolina, appearing on Meet the Press yesterday, damned his colleague with faint praise, saying Cornyn “under normal circumstances would be a superb choice to be FBI director, but these are not normal circumstances.”

Cornyn is no stranger to the law, but his legal background is as a state judge (San Antonio district, 1984-1990, then the Texas Supreme Court, 1990-1997) and prosecutor (Texas Attorney General, 1998-2002), rather than an investigator. Graham has argued that any replacement for Comey needs to have come from the FBI, and understand the agency.

That wasn’t just about Cornyn. Graham argued that this was a bad time for the White House to pick any nominee, no matter how qualified, if they were to come with partisan political baggage. That would seemingly rule out Gowdy and Rogers (which would put Graham at odds with the FBI Agents Association, which last week endorsed the latter). Moreover, as a member of the Senate Judiciary Committee, and being equal in tenure to Cornyn (both being class of ’03), Graham’s opposition could put a major spanner in the works for any potential plans for his Texas colleague’s move to the J. Edgar Hoover Building.

Of course, this raises the question (remote a possibility as it may be) of what happens to Cornyn’s Senate seat if he were to be nominated and confirmed. Texas law allows the governor to appoint an interim replacement, but only until a permanent replacement can be elected, either at a special election or at the next uniform election date (in this case, presumably the Nov. 7 election).

Cornyn is not scheduled to run for re-election until 2020, meaning there would be three years left on his term up for grabs. On the Republican side, Rep. Mike McCaul, R-Austin, is rumored to be eyeing a run in case of a vacancy. However, the low polling numbers for the Trump presidency, plus the opportunity of an open seat, look likely to draw at least some serious Democratic challenges. Rep. Joaquin Castro, D-San Antonio, has already been rumored as a 2020 challenger, and could update his campaign launch as appropriate. Similarly, Rep. Beto O’Rourke, D-El Paso, has already announced he will face Republican Sen. Ted Cruz in 2018, but could possibly switch opponents if the opportunity arises. 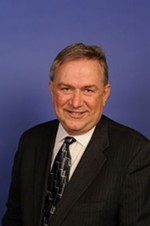 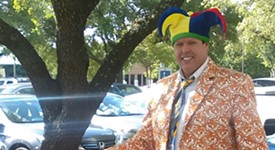