The City of Austin now has a proposed incentives agreement with Merck & Co., a Strategic Housing Blueprint, and an Austin Oaks PUD. Those three high-profile items crossed the finish line at last Thursday’s City Council meeting (April 13) along with a handful of miscellaneous items. 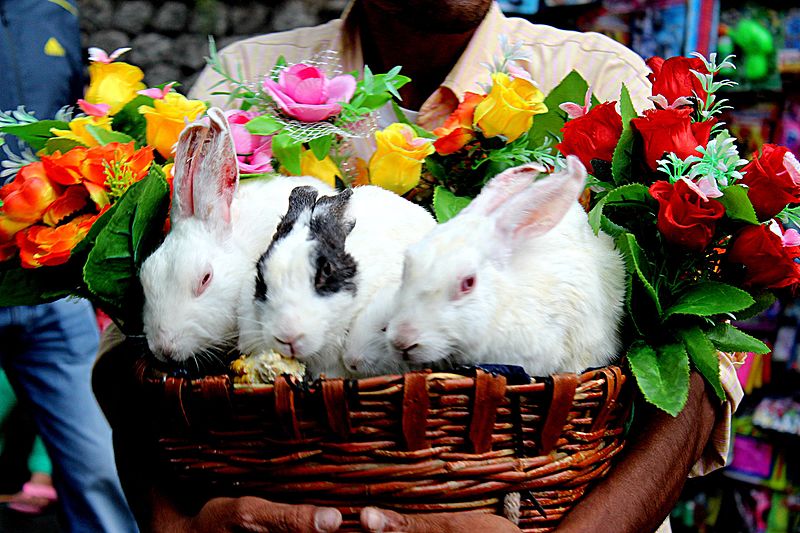 In other contexts, the Merck proposal might have been the toughest sell, but of the three it sailed past the dais most handily, because of its relatively small cost and a host of prestigious supporters. Under the terms of the incentive package, if Merck agrees to locate an IT Hub in Austin (in or near the Downtown North “Innovation Zone”) and creates 600 new jobs (as defined in the agreement), the city will provide incentives totaling $856,000 over 10 years. The net direct financial benefit to the city over that period is calculated at $1.95 million.

But there was also opposition on the dais, generating three nays: District 2 Council Member Delia Garza, D4 CM Greg Casar, and D8 CM Ellen Troxclair. It was an unusual voting bloc – and it was clear they understood that the proposal would pass, making it easier to oppose – and they each had differing reasons for their opposition.

Garza had earlier expressed her preference for more low- and middle-income jobs, and she reiterated that preference, also suggesting that the promised community benefits (primarily healthcare-related) were less firm than she would like. Troxclair said that amidst the city’s “affordability crisis” she could not support corporate incentives instead of property tax cuts.

Finally, Casar dropped the other political shoe – that Austin’s local support for the proposal would trigger $6 million in additional incentives for Merck from Gov. Greg Abbott’s Texas Enterprise Fund “at a time,” Casar continued, “when up at the Capitol they're talking about cuts to basic services, and when there is not sufficient funding, supposedly, for public education. … So that is why I won't be able to support it today.”

The vote to approve was 7-3-1 (D7 CM Leslie Pool was absent throughout the day, on city business), and the decision now belongs to Merck, said to be considering other locations as well. (Merck in Austin?” April 3)

What had been the Strategic Housing Plan took a good deal longer to sort out, beginning in the morning and continuing (with various interruptions) into the early evening. While there was no strong opposition to the Plan – largely an aspirational attempt to sketch out how Austin might add sufficient housing units over the next 10 years to begin mitigating rising prices – a few witnesses expressed misgivings over lack of transit aspects and other shortcomings, and for about an hour Council members peppered each other with brief amendments of one sort or another.

The substantive perturbations were two: 1) D1 CM Ora Houston proposed first to delay and then to rename the Plan; 2) Council called on city demographer Ryan Robinson to explicate his Aprill 11 memo to Council about the Plan’s objectives.

Houston, unhappy with the Plan altogether – she described it as an “insane” attempt to repeat failed strategies – said it had received feedback from “only” 500 residents and didn’t sufficiently address gentrification or protect current residents, and moved to postpone it until May. That failed to fly – Garza said that Council’s “philosophical differences” would not be resolved by more delay, and others pointed out that the Plan was 10 years in discussion and in serious development for the last two.

Houston then proposed the SHP be renamed a “report” – hoping to undermine its strength as policy – when D5 CM Ann Kitchen quickly offered “Blueprint” as a slightly stronger alternative, and the dais leapt to approve the rhetorical dodge. Choose your own variation: In 10 years, “Strategeric Housing Musings” may turn out to be the retrospective choice. …

Then came Robinson, whose memo had suggested that the Plan’s housing goals were either too ambitious or too optimistic about the possibility of reversing regional population trends (currently much stronger suburban growth than within the city proper). Using the same 10-year projections as the Plan (likely generated by his research), Robinson wrote that the estimated 20% Austin growth would not match the region’s 34% pace, meaning that the 135,000 unit projection overestimated the need by nearly a factor of two, and that the goal was based on a “demographically improbable” premise.

Testifying Thursday, Robinson said that he didn’t want to be seen as a “sprawl merchant,” and that he supports the Plan’s goals (his memo describes the work as “well done” and “thoughtful”) but felt he needed to point out that “strategic” should also mean “achievable.” He described the local market forces driving housing costs as formidable and therefore difficult for policymakers to affect – should enough housing be built to slow price rises, he said, the market will tend to correct by slowing new construction. Yet Robinson acknowledged that Austin’s preservable affordable housing mostly dates from the Eighties recession (and oversupply) – the logical consequence of that history no one was eager to pursue.

The strongest advice Robinson offered was of the equalizing effect of a truly regional mass transit system, or as his memo put it: “a truly high-capacity regional transit system that can move significant numbers of workers efficiently across metropolitan space.” That, too, seemed beyond the defined realm of a plan targeting increased housing, and Mayor Steve Adler offered a theoretical rejoinder: If the Plan could succeed at its ambitious housing goals, it could in theory slow population flight to the suburbs, changing the demographic balance: “I am not ready to admit defeat to gentrification.”

Following a flurry of minor amendments that carried the discussion into the evening – beyond music, proclamations, and dinner – Council voted to approve the Strategic Housing Blueprint, in two parts. The dais was unanimous on the first 18 pages – the plan proper – and at Troxclair’s request, a second vote on the “tools,” which included advocating for rent control, which she opposes. She was the only nay.

The final controversy of the evening was the Austin Oaks planned unit development, returning for third reading. It was marked by a couple of reversals. The board of the Northwest Austin Civic Association, the nearby neighborhood association, withdrew their earlier support of the project, saying it had moved too far away from the version developed in the original community charette. And during the course of the evening, the petition against the project by surrounding landowners – a couple of whom withdrew their opposition – dropped below the required 20% (to 15.17%*[see correction below]), removing the supermajority Council vote a valid petition would have required.

There was plenty of maneuvering and change on the way to that vote – in the end, Mayor Adler proposed some late changes to the height of a couple of buildings that had particularly raised neighborhood hackles, and that were readily accepted by the developer. The most persistent objection – to the increase in traffic that almost any redevelopment would represent – was left largely unchanged, and how that plays out in the MoPac context will take several years to determine.

The vote to approve the PUD (with Pool absent) was 8-2, Alter and Mayor Pro Tem Tovo voting no.

Although Mayor Adler described himself as proud of the final agreement, several other Council members – Alter, Kitchen, D3 CM Pio Renteria, Casar – described the PUD process as “broken” or “tortuous.” Each of them appeared to mean something quite different in that judgment, so that it’s no guarantee that whatever comes next will be remarkably different in form.

At the risk of prolonging this post beyond all readership, in other actions Council:

• Moving Tenants: Voted to approve funding (a maximum of $600,000) to relocate tenants from a dilapidated 52nd street apartment complex mired in code violations, city liens, and litigation. The Statesman has since reported that the owners (the Nadler-Olenicks, best known at Council as Cit-Com anti-fluoride campaigners) have agreed to sell the building – whether the city’s liens can be recovered is not confirmed.

• Housing Implementation: In advance of passing the “Blueprint,” passed a couple of Council resolutions aimed at monitoring implementation of its progress.

*Correction: This passage originally read "closer to 16%"; it has been updated to reflect the actual percentage, 15.17%.