The annual event returns to Austin with brand new organizers

Wikipedia gets its yearly feminist makeover this Saturday, March 11. Stephanie Creaghan, Aditi Ohri, and Jessica Wagner organized the local Feminist Wikipedia Edit-a-Thon with the intention of including more female, queer, and genderqueer artist profiles, as well as increasing the percentage of women-identified and nonbinary contributors. 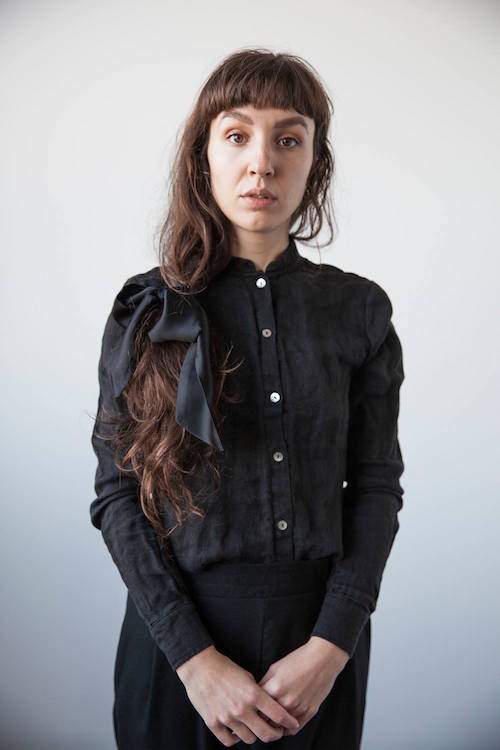 Art + Feminism, the New York- and Baltimore-based feminist organization, began its campaign to improve coverage six years ago, after a 2011 survey found that women make up less than 13% of Wikipedia’s contributors. “Wikipedia is supposed to be the embodiment of intellectual democracy,” Creaghan told the Chronicle. “It can’t be all male contributors.”

The reason for the discrepancy is debatable. The organization suggests leisure inequality (men are less likely to work full-time and be lead caregiver), gender socialization, and the “contentious nature” of Wikipedia’s talk pages (a corresponding page where editors propose article changes that frequently result in online bullying). While Creaghan doesn’t intend to speak on behalf of Art + Feminism, for her the lack of women contributors has to do with internalized sexism. As a woman in the film world, Creaghan admitted, “I get things that I know, that I’ve known for years – that I’ve studied – mansplained to me. Based on [our lived] experience, women are so much more prone to doubting themselves.”

This lack of women-identified and genderqueer voices, however, skews both Wikipedia’s content and history. According to the press release, many notable women in history and art are absent from the site. “If we pack together the internet and technology and gaming culture – it’s always skewed toward men,” explained Creaghan. “It would be so much more interesting if more female-identifying people were involved. And I feel like it needs to be more encouraged.”

Creaghan, who was originally part of Art + Feminism’s Montreal chapter, arrived in Texas earlier this year for work and realized an Edit-a-Thon hadn’t been planned in Austin. So together with another Canadian transplant (Ohri), and Wagner, the three decided to organize Saturday’s event, which should coincide nicely with day two of South by Southwest Interactive. 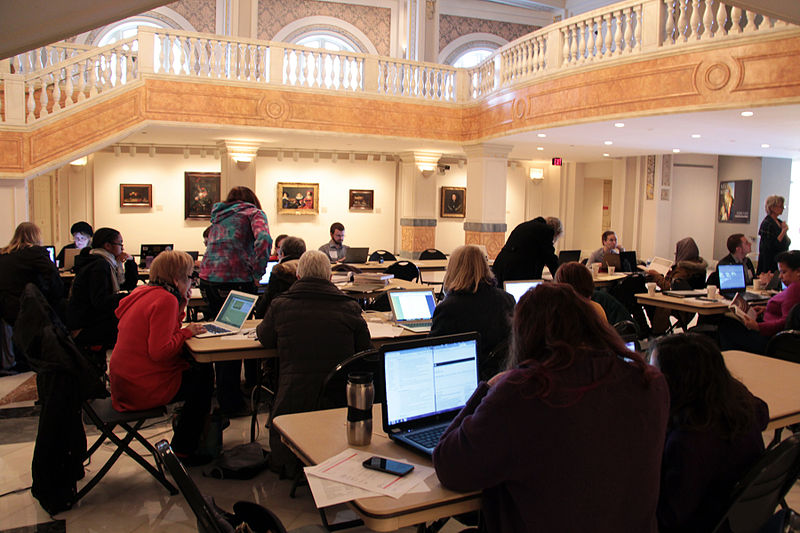 The 2015 Edit at D.C.'s National Museum of Women in the Arts (Photo provided by Wikipedia via Laura Hoffman)

The annual Edit-a-Thon happens across the world – Creaghan attended one in Paris last year – on March 11, and acts as both a resource center and a workshop. The three organizers will be on-site offering basic Wikipedia training and information on women in art. Attendees will learn how to edit and/or create an article and are then welcome to further participate by adding or editing a profile or several. The Blanton Museum of Art provided Austin’s organizers with a fleshed-out list of women and queer artists in need of more robust online presences.

“The idea is to make the process as unintimidating as possible,” said Creaghan. “Before I attended my first Edit-a-Thon, I had never edited or contributed to Wikipedia because it felt really daunting.”

The Edit-a-Thon runs Saturday from 11am to 4pm at the Faulk Central Library, 800 Guadalupe. All genders are welcome to stop by for as short or as long as they like, and free child care will be provided. A panel discussion on the lack of intersectionality in Austin’s art world will take place afterward, at 6pm, at the Austin Creative Alliance space, 81 San Marcos Ste. C1. Panelists include art historian Ariel Evans; Colombian graphic designer and University of Texas grad student Juliana Castro V.; and Bay Area–based producer and vocalist Kohinoorgasm aka Josephine Shetty.