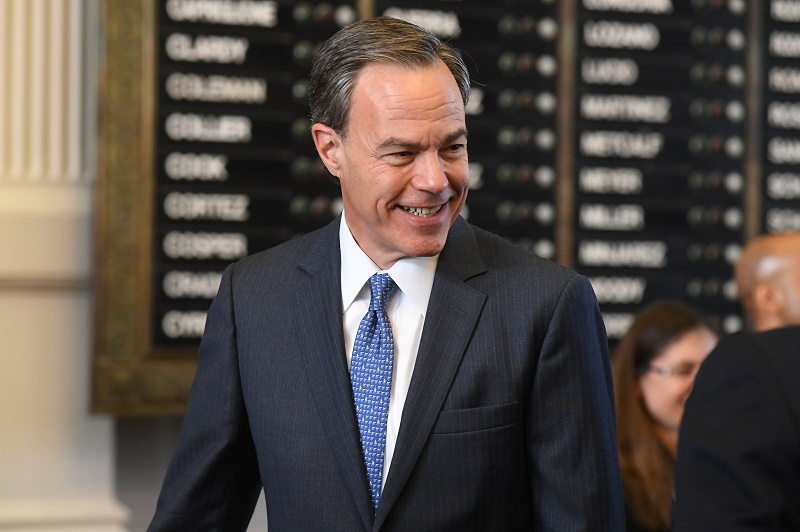 As always, the House took longer to confirm committee appointments than their colleagues in the Senate. Lt. Gov. Dan Patrick, who doubles as president of the Senate, put his list out on Jan. 18; Senate committees started meeting on Jan. 30, and the upper chamber has already begun passing bills. Now state reps will be able to start handling those Senate measures, and pushing bills of their own.

All eyes now turn to the most significant committee chair appointments. Rep. John Zerwas, R-Katy, takes over for retiree John Otto as chair of Appropriations, while Rep. Oscar Longoria, D-Peñitas, steps up to replace Sylvester Turner, who (some might say) wisely left the Legislature to become the mayor of Houston.

Rep. Dan Huberty, R-Kingwood, takes over Public Education. He’s an interesting pick who may give education advocates a little hope as Patrick hurtles toward charters and vouchers. Huberty is considered a pro-public education conservative who has pragmatically pushed for more Pre-K funding just as Patrick’s supporters were calling it “godless.”

Appointments for the Travis County delegation are at best a mixed bag. The region hasn’t had a committee chairmanship since former Rep. Mark Strama headed the now-defunct Technol­ogy, Economic Development & Workforce in 2009; that streak continued this year. In fact, this session sees a reduction in the number of vice-chair seats for the TC crew, from six in 2015 to only two this session.

Here's how the Travis County delegation assignments stack up:

• Dawnna Dukes: Appropriations; International Trade & Intergovernmental Affairs
Sheer seniority made it almost impossible to keep the recently indicted Pflugerville rep off Appropriations, but Dukes loses her two vice-chair positions (Culture, Recreation, & Tourism, and Emerging Issues in Law Enforcement). Of course, either current seat would prove moot unless Dukes actually starts turning up. Even though she is technically dean of the Travis County delegation, Dukes has still reportedly had no contact with either her fellow local reps or the House Democratic Caucus, and has barely been seen since opening day.

• Gina Hinojosa: Economic & Small Business Development; Homeland Security & Public Safety; House Administration
It’s hard to imagine that Hinojosa, the former president of the Austin ISD Board of Trustees, won’t be disappointed that she didn’t get on Public Ed.

• Donna Howard: Appropriations; Calendars (vice-chair); Higher Education; House Administration
It’s difficult to see any complaints coming from Howard, who stays on all three committees to which she was assigned last session, and adds the valued vice-chair seat on Calendars. That and House Administration may seem like bureaucratic snoozes, but they are two of the most procedurally vital posts in the House.

• Celia Israel: Elections (vice-chair); Transportation
Israel draws the same seats as last session, with a bump in seniority on elections. If either voter ID or redistricting returns from the court, that could prove a vital post.

• Eddie Rodriguez: Environmental Regulation; Redistricting; State Affairs
Rodriguez loses his vice-chair post on Environmental Regulation, plus his seats on Calendars, and Economic & Small Business Development. Yet there is recompense: State Affairs will be a major committee this year, the likely arbiter of Senate Bill 4, the “Sanctuary Cities” bill that many view as a bill aimed directly at Austin.

• Paul Workman: Business & Industry; Natural Resources
The delegation’s sole Republican loses his seat on Insurance and his seat and vice-chair post on State and Federal Power and Responsibility, but moves to Business and Industry.