Ready for Solar and Recycling Too

With a fairly light agenda (and the usual brace of postponements), City Council was able to adjourn at the relatively civilized hour of 8:47pm Thursday night, following decisions that included requiring new construction to be “solar-ready” and continuing a contested curbside textile recycling program. 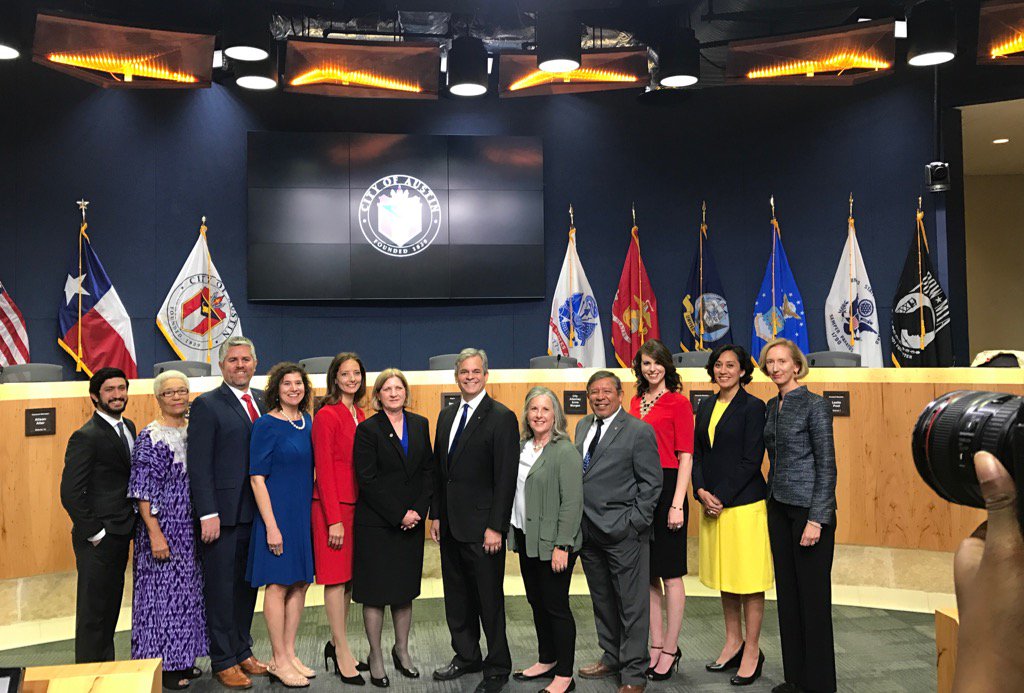 The “solar ready” proposal – arriving on the dais with five initial sponsors – will require new commercial and residential structures, beginning Oct. 1, to be built in such a way as to allow willing owners to install solar equipment (e.g., solar panels), mainly by clearing south-facing roofs of obstacles like vent pipes and covers, and the like. The proposal raised some misgivings on the dais – Mayor Steve Adler worried that the requirement might affect affordability, and Mayor Pro Tem Kathie Tovo questioned specific draft language about “competing” values of environmental protection and cost – and opposition from the Homebuilders Association (who say the local plumbing code, not solar, is the real problem). Going into the meeting, a postponement seemed fairly likely.

In the end, after some tweaking on the dais, the only nay votes belonged to District 3 Council Member Pio Renteria and D8 CM Ellen Troxclair. Henceforth, as in Houston and Seattle, it should be easier for new homeowners to plop an array of solar panels on their rooftops.

The recycling program was a thornier issue. For some Austinites, it recently became possible to recycle used clothing, other textiles (and some other items) via green bags distributed by a private firm called Simple Recycling, contracted through the city’s Austin Resource Recovery Department. The intent is to keep tons of such materials from heading to the landfills (part of the city’s Zero Waste goals); but local nonprofits that depend on reselling such materials (Goodwill, Salvation Army, Assistance League, et al.) complained loudly that the program was immediately cutting into their bottom lines.

The argument had begun last week, with the nonprofits demanding cancellation of the contract (which had not been subject to Council approval). That debate continued, with the company’s president, Adam Winfield, responding that the program (kicked off in December) was still too new and too small to have affected donations – moreover, that in other cities its business has not interfered with charitable programs. Complicating Council’s decision was the likelihood of both a stiff cancellation penalty for the city and a perhaps fatal economic hit to Simple Recycling and its employees.

It took most of the day to work out a compromise of sorts (the charities remain unpersuaded), with council members literally scribbling new language on and behind the dais until the final vote of the evening. As rewritten, Council’s resolution will require staff to monitor the program over the next six months – including at least the possibility of quick cancellation if the charities are financially endangered – work with all the stakeholders on revisions and collaborations, and report back in six months on the overall status. As a lagniappe, the city will create a public outreach program to encourage residents to donate their clothing and related materials before they put it out on the curb.

• Confirmed that under the city’s new “expedited permitting” program for commercial construction, projects will be subject to third-party verification of compliance with “Better Builder” worker protections standards;

• Approved an application for low-income housing tax credits for renovation of an affordable multifamily development on Gaston Place (only Troxclair dissenting);

• Heard a briefing from Austin Fire Chief Rhoda Mae Kerr on how best to incorporate Travis County Emergency Service District No. 4 – increasingly balkanized by Austin’s expansion – into a collaborative structure with the AFD (no action yet taken); in a separate proposal, Council consented to the creation of ESD 15 (that recommendation now moves to Commissioners Court);

• Approved on first reading a multifamily development just west of MoPac above Parmer Lane, known as “Elysium Park,” over the strenuous objections of some neighbors, primarily from the nearby Northwood NA, who say the site is unsuitable because of traffic, flooding, and other concerns. This is a second go-round for the project (see “Affordability: Everywhere But Here,” Aug. 8, 2016); we’ll see if it runs the obstacle course this time.

• Postponed consideration, as anticipated, of the Austin Oaks PUD, notionally approved on first reading Dec. 15. There is now a “valid petition” opposing the planned unit development; consideration is scheduled to return Feb. 16, with the public hearing remaining open;

• Postponed, once again, a proposal to strengthen authority of the City Auditor’s office and the Ethics Review Commission (to Feb. 9).

For more on City Council, follow the Daily News and the Chronicle’s weekly print edition.