Council Takes Out the Trash?

Vote on future of Simple Recycling looms at Thursday meeting

City Council will vote Thursday after a brief delay on whether to continue its three-year contract with Simple Recycling, a group recognizable to many by those green donation bags that arrived by mail in early December.

The vote will bring to the forefront a dispute between the for-profit clothing and home goods curbside recycling business and local charities who rely on goods donations to stay open. 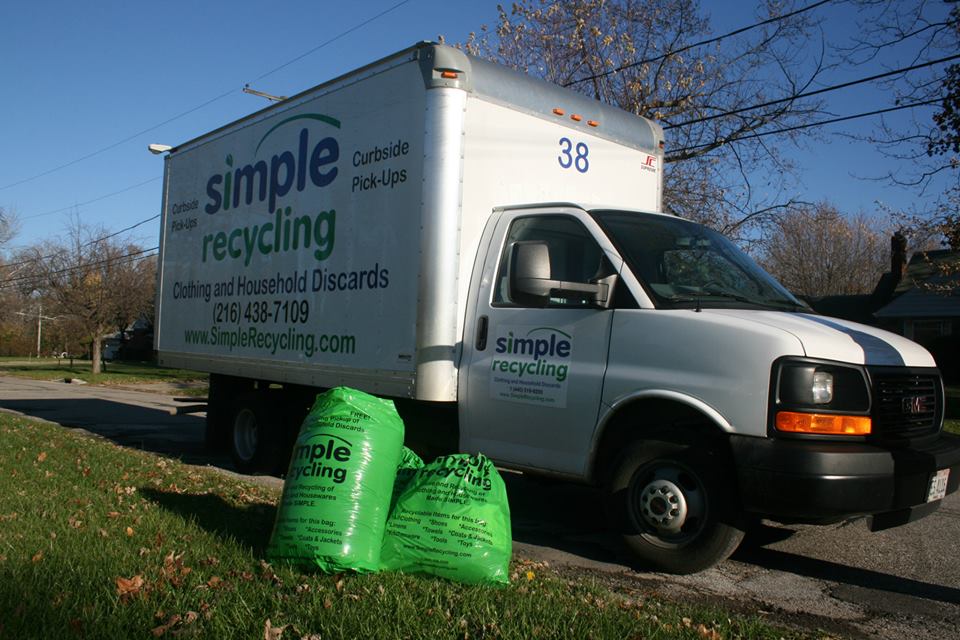 Simple Recycling started working with Austin Resource Recovery late last year in an effort to help the city accomplish its Zero Waste goal by 2040. In 2014, ARR released a study indicating that city residents dispose of an estimated 3,300 tons of textiles every year. The Ohio-based business maintains it is not interested in hauling donations away from local charities, and instead would rather focus on diverting discarded textiles from entering landfills. According to Adam Winfield, Simple Recycling’s president, the company’s services offer an alternative to people who are “throwing unwanted home goods in the trash.”

Winfield believes such an egregious amount of disposed textile indicates some Austinites aren’t just throwing away clothing that’s no longer wearable, such as torn T-shirts or old undergarments, but are actually disposing of “everything.” He says Simple Recycling has helped create a solution to the “dramatic waste problem that currently exists.”

Charities like Goodwill, the Salvation Army, and the Assistance League of Austin (ALA) see the situation differently. Traci Berry, senior vice president of Community Engagement and Education at Goodwill, believes the primary reason people donate is convenience. If that’s the case, relays Jan Gunter, communications director for the Salvation Army, what’s most convenient for Austin residents would be to “put recyclable textiles in green bags and put them at your curb.” In the two months since Simple Recycling arrived (Austin is one of the first big cities the company has contracted with) both Goodwill and the ALA report seeing a decline in donations. According to Berry’s numbers, Goodwill finds itself down 13,000 donations from the last two Januarys; a loss of $546,000. “There’s a lot we can do with half a million dollars, and a lot we can’t do without it,” she said.

In December, before the Simple Recycling campaign began, the ALA was $22,000 more profitable than they had been in Dec. 2015, according to Kathy Hurwitz, president of the nonprofit. This January, however, their profits dropped. While still ahead of the previous year, that margin has decreased to only a $9,000 lead. Hurwitz can’t be sure if Simple Recycling is responsible for the decline, but says “we haven’t seen anything change except [its] arrival.” ALA funds nine programs with the money their thrift house brings in, including School Bell, which clothes 6,000-7,000 local children each year.

“If our thrift house goes down, that’s our money,” Hurwitz explained. “Goodwill, Salvation Army – we can co-exist with them, but Simple Recycling is a convenience we can’t compete with.”

As a for-profit company, Simple Recycling doesn’t charge the city for its service. Its profit comes from selling what it collects to thrift stores, international buyers, and buyers for raw materials. Local charities take a similar approach. They, too, accept “unusable” goods and sell them to third party buyers. However, the return of that profit feeds directly into city programs. Simple Recycling’s does not. Earlier this month, Goodwill, the Salvation Army, and the ALA expressed their concerns to City Council. Because the contract with Simple Recycling didn’t pass through Council before it was signed into effect (ARR facilitated the deal), it’s now up for a vote. This week’s Agenda Item 45 is sponsored by District 8 Council Member Ellen Troxclair and co-sponsored by D1 CM Ora Houston and D5 CM Ann Kitchen. Like most Austinites, Troxclair first learned about Simple Recycling when the green bags arrived at her house, “and then we got calls from charities.”

“It led me to sponsor the resolution,” Troxclair told the Chronicle. “It’s why we’re looking into what can be done to not damage our nonprofits who are doing so much for our community.”

The vote puts City Council in a tough position. All three charities admit they cannot prove Simple Recycling is affecting their numbers, but Berry is afraid to wait and see: “How long do we let this go? Six months? A year? And then say look at all this damage?” Winfield, on the other hand, wants Council to take a “data-driven approach” to their vote.

“I think giving the opportunity to collect data and get everyone comparing apples to apples when that data is available will make decisions easier,” he said, adding that he fears his company will go under if the contract with Austin gets terminated. “There’s always opportunities to come up with different solutions, but it’s difficult to make a decision without the information.”

Canceling the city’s contract with Simple Recycling won’t be easy. The early termination would come with a financial impact of “well over” a million dollars, said Winfield, in addition to a noncompete. So even if Salvation Army or Goodwill agree to create a regular curbside pickup, neither can begin that process until the noncompete is up, which would take three years.

Winfield is not alone in his fight. District 3 Council Member Sabino Renteria supports the city’s current plan toward achieving Zero Waste because of its accessibility. “What we have here is a tremendously successful program, at no cost to the city, that addresses the massive textile waste in our landfills,” Renteria told the Chronicle. “If we’re serious about reaching our goal we must embrace successful, low cost, and environmentally responsible programs like this one.”