As many as 50,000 participated locally in anti-Trump demonstration

An estimated 40 to 50,000 people descended on the Texas State Capitol today to protest the Trump presidency. On a day of massive protest worldwide and as one of the largest sister marches to the Women's March on Washington, the Women's March on Austin officially took to the streets at noon. Following Congress to Sixth Street and up to Lavaca, the route conveniently took a very diverse crowd of marchers past the Governor's Mansion, at which they chanted "Don't tell me where to pee," in reference to Lt. Gov. Dan Patrick's already-infamous Senate Bill 2, the "Bathroom Bill."

"Fuck Trump," said a 15-year-old when asked why she attended. "I support women's rights always. What better time to support them than now?"

Speakers took to the stage just after 1:30pm. Several religious leaders opened with an invocation: "We women of faith want you to hear our voices raised in welcome, courage, justice, and love."

Congressman Lloyd Doggett, former Mayor Pro Tem Sheryl Cole, Planned Parenthood's Yvonne Gutierrez, and former Texas Senator Wendy Davis were among the speakers. Wearing the same pink sneakers that carried her through her 2013 marathon filibuster, Davis asked the cheering crowd, "What are you willing to fight for even when the odds are stacked against you?" 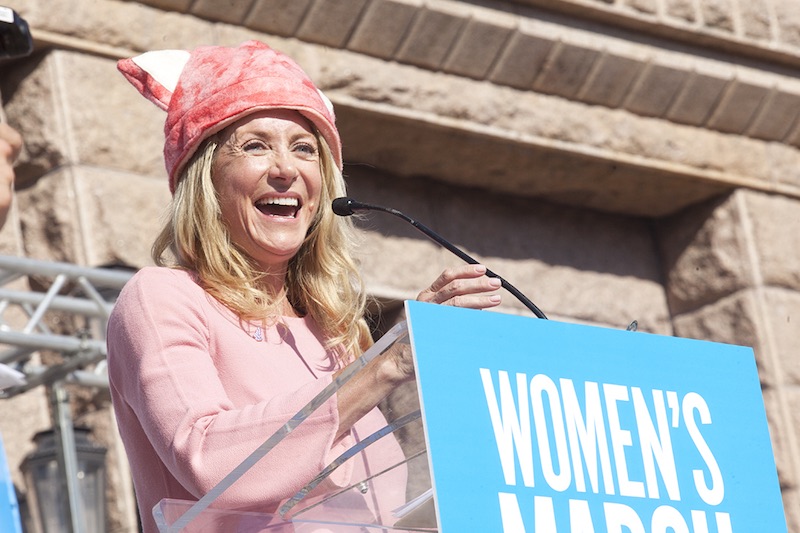 Local musicians Gina Chavez and Tameca Jones performed. As all the speakers gathered on the Capitol steps, Jones closed out the rally, fittingly, with a rendition of "I Get by With a Little Help From My Friends." 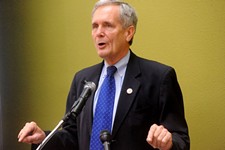