Step One: Create an LGBTQ Commission 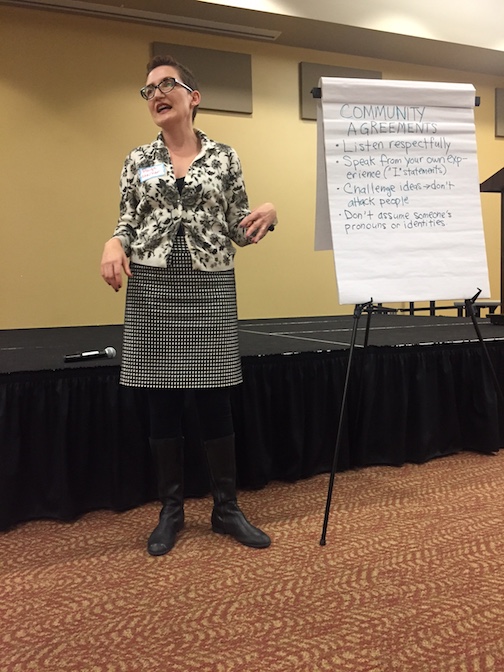 “There’s so much good work to be done and I really need you all – not just tonight and not just after the commission is formed – but on an ongoing basis to support the work that we’re doing,” Flannigan said during prepared remarks. “There are only 11 people on City Council and only one of us is part of the LGBTQ community. So I’m going to need all of your support – and not just on LGBT issues, but on anything else you think the city should be doing. Know that my office is a place you can come to to have a voice.”

The queer community’s most pressing needs monopolized much of the conversation. Attendees offered a long list of concerns and hopes for the future spurred on by the current state legislative session and the incoming presidential administration. They took talking points from the six priorities laid out by the new Council: mobility, health, safety, trustworthy government, economic opportunities, cultural and learning opportunities, and miscellaneous. Speakers also addressed a lack of information regarding gender marker, ID, and name changes; the need to protect against discrimination of LGBTQ youth, seniors, and refugees; the impending bathroom bill and the safety of queer students; and a general “whitewashing” of queer issues. 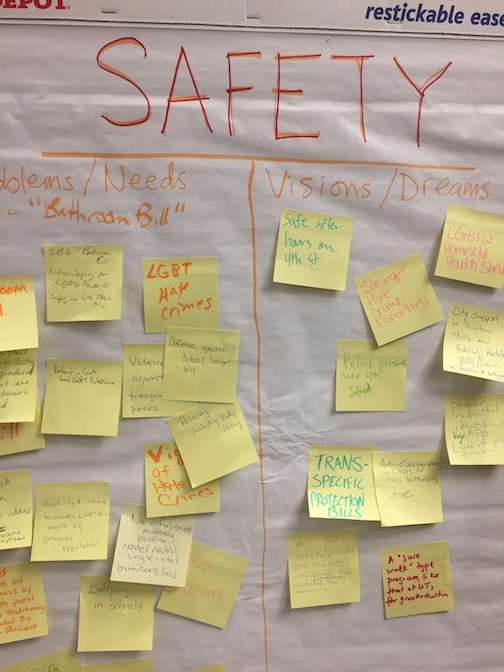 Schilt then led the conversation down a different path, asking what commissioners should look like and how many should there be. Every city commission is represented by 11 members – one nominated and appointed by each member of City Council, including the mayor. Additional members can be written into the resolution or appointed by commissioners themselves. Wednesday’s attendees agreed that youth, trans folks, people of color, disabled people, and non-binary folks are some of the demographics that need to represented on the LGBTQ commission. One contributor declared: “It’s important not to have résumé builders.” Instead he said, “you want people there who are energized, engaged – active in the community.”

As for the number of commissioners, that part remained unclear. A representative from Project Transitions told the crowd: “Go above 20 and just shoot yourself.” But according to Loosen, who injected educational tidbits throughout the night, Houston’s several-months-old LGBTQ committee has 49 members. Suggestions ranged between 17 and 25 seats.

Commissioners – and city staff – must be 18 years or older to serve. Additionally, council members do not have to nominate someone from their district for commissioner. Lastly, Flannigan did consent that council member nominees do not need to be queer, which elicited mixed reviews from the crowd.

As the night and civil meeting came to a close, Flannigan’s chief of staff Marti Bier announced that the D6 team – which happens to be the first all-queer council staff in Austin history – is currently drafting the LGBTQ Quality of Life Commission resolution. Bier says she expects to “get things rolling” within the next few months.

Flannigan ended the night by thanking everyone for attending: “It’s pretty cool what’s happening here tonight, and a little emotional to be in the position I’m in to facilitate this.”

The resolution to create a commission bringing queer voices directly to local government will be on the City Council agenda for the Jan. 26 meeting. Flannigan and staff are hopeful that the resolution will pass without opposition.