Hearing concludes Thursday, with a ruling expected before the weekend 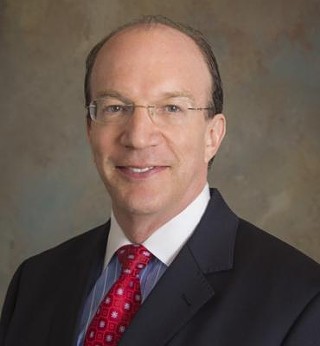 Texas Health and Human Services Commission Inspector General Stuart Bowen Jr. testified in defense of removing Planned Parenthood from Medicaid. However, he and other state witnesses were unable to point to any evidence showing actual wrongdoing by the provider. (Source: HHSC OIG)

If there’s one common theme state attorneys share in defending anti-choice rules in court this month, it’s a lack of tangible evidence.

Whereas the first day of the hearings featured Planned Parenthood officials testifying to the “devastating” effect removing Medicaid would have on their low-income patients, the second day of hearings featured a set of state witnesses, who each took the stand to defend their own decisions. State attorneys played several video clips from the undercover, anti-choice Center for Medical Progress footage in an attempt to illustrate supposed wrongdoing.

Health and Human Services Commission Inspector General Stuart Bowen Jr. sought to claim the video showed Planned Parenthood employee Melissa Farrell saying she would “deviate” from abortion procedures to accommodate fetal tissue research. However, Farrell and plaintiffs stressed she was referring to clinical procedures, which would not be a violation at all. Bowen admitted that he had watched the eight hours of video only after submitting the initial letter of Medicaid termination to Planned Parenthood in Oct. 2015. Bowen instead relied on “legal staff,” who reviewed the tape for his basis to inform the provider they would soon be banned. It was revealed that the health official had even signed off on a document that renewed Planned Parenthood’s enrollment in Medicaid last year when the Commission was in possession of the video.

Bowen said he relied on Dr. Ted Spears, HHSC Office of the Inspector General’s chief medical officer, to interpret the footage. Spears, an orthopedic surgeon and sports medicine doctor, holds no background or expertise in OB-GYN and conceded that he didn’t know the medical and technical steps of abortion care. Neither Bowen nor Spears could point to any Planned Parenthood physician who had in fact allowed fetal tissue research to manipulate or influence abortion care; only alleging an arguable “willingness” by certain Planned Parenthood employees to engage in unethical practices. But the argument of “willingness” didn’t cut it for U.S. Federal Judge Sam Sparks, who’s stood at odds with state arguments throughout proceedings. “What was done, not what was willing to be done – that’s what I’m concerned about and what you all should be concerned about, too,” he told state attorneys.

Plaintiffs later exposed other state witnesses’ ideological aversions toward the national reproductive health provider and against abortion in general. Notre Dame bioethics law professor Carter Snead attempted to claim the video clips exhibited a deviation of ethical norms in medicine, simply based on his interpretation of the conversation and not on actual evidence of any action. Snead, as plaintiffs uncovered, probably isn’t the most objective candidate to comment on Planned Parenthood: By his own admission, he’s published negative commentary of the provider over the years, including advocating to strip them of any Medicaid or federal funding, long before the CMP videos surfaced. Snead believes abortion is only permissible when a woman’s life is at risk and called last summer’s U.S. Supreme Court case ruling against package abortion law HB 2 a “devastating blow.”

Similarly, state witness Dr. Mikeal Love, an Austin OB-GYN provider, claimed Planned Parenthood Gulf Coast violated medical ethics, yet wasn’t in attendance to hear the previous day’s testimony refuting the interpretation of the footage from the employee in question. However, Love, while at least holding expertise in OB-GYN care, is hardly a neutral witness – the physician testified at the Texas Legislature in support of HB 2 and the 24-hour pre-abortion sonogram law and admitted that his personal beliefs of abortion (only acceptable if the mother’s life is in danger) surely influenced “some element” of his testimony.

The state also put Lesley French Henneke, an associate health commissioner, on the stand to convince the court Texas clinics would likely be able to subsume 11,000 displaced low-income women and men – we heard this one before when the state kicked Planned Parenthood from the Medicaid Women’s Health Program, and it doesn’t hold up. French Henneke testified that she had not examined the impact the Medicaid exclusion would have on all the whole state, only certain regions.

Planned Parenthood has requested a temporary injunction to halt the exclusion this Saturday, Jan. 21. The hearing is expected to end today (Jan. 19), with a ruling expected as early as Friday. Check back here for additional coverage.