As predicted, Lt. Gov. Dan Patrick has his bathroom bill. Senate Bill 6, labeled the “Texas Privacy Act,” was filed Thursday, Jan. 5 by Sen. Lois Kolkhorst, R-Brenham. The bill is both sexist and transphobic and hides behind the guise of privacy protection. 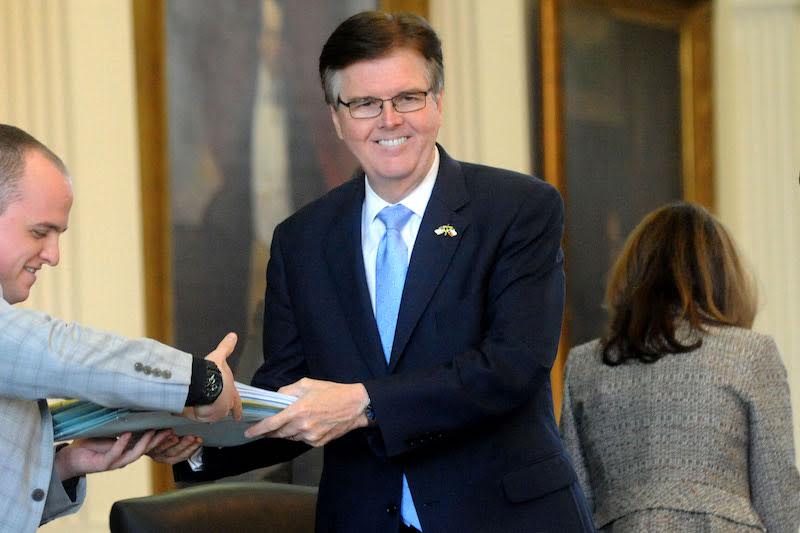 At both the press conference and in the bill, Patrick and Kolkhorst use dangerous language, confusing transwomen for men – an inaccurate issue that can have much larger implications than where one pees. Transwomen are the most targeted population within the LGBTQ community. According to a 2014 survey from the National Coalition of Anti-Violence Programs, transwomen are 1.6 times more likely to experience physical violence and “1.4 times more likely to experience hate violence in public areas” than their cisgender counterparts. Additionally, 55% of 2014’s LGBTQ murder victims were transwomen, 50% of which were transwomen of color. Laws such as SB 6 help bolster ignorance and create justifications for transphobia and hate crimes.

“Privacy and safety is our first priority, not political correctness,” Patrick stated. The Lt. Gov. also relied on the hot-button term “Fake News” to finger wag at liberal media outlets who’ve spent the past few months speculating on what this bill would look like, despite the fact that “none of you have seen the bill.”

Kolkhorst, working on the bill with Patrick since Sept. 1, said she filed SB 6 “not to start a controversy but to end one,” and referenced federal school guidelines to protect trans youth issued by the Obama administration last May. Despite the fact that U.S. District Judge Reed O'Con­nor halted a school mandate from taking effect, Kolkhorst still used child safety as her reason for carrying SB 6. She suggested that “blanket policies,” like the federal school guidelines, violate parent and student rights, yet she seemed entirely unaware that her Texas Privacy Act is, in fact, also a blanket policy. The bill will allow private businesses to make their own policies regarding bathrooms and dressing rooms, but it requires that public buildings, schools, and universities follow the regulations SB 6 will put in place. Bathrooms, dressing rooms, locker rooms, and public showers will be designated for use by biological sex. Exemptions will only be extended to small children, disabled folks, and emergencies.

Schools will be allowed to make alternative arrangements for trans and gender-nonconforming youth, which the two politicians seem to believe make the bill “thoughtful and unique.” While bathroom police won’t be hired to monitor restrooms, SB 6 allows individuals to play the role of hall monitor. Citizens will be the ones to report law violations. If schools are found in violation, Patrick clarified that the attorney general can and will penalize schools and cities.

Following the filing of SB 6, Sen. José Rodríguez, D-El Paso, issued a press release rejecting the bill. "Discrimination of any kind is antithetical to Texas values of equal opportunity for all people," he wrote. "Any legislation that would attack transgender Texans — especially vulnerable transgender children — is not only morally wrong, but, as we've seen in states like North Carolina, will hurt Texas' economy and reputation around the world. Frankly, the Texas Legislature has real issues to address like adequately funding our schools, improving health care, and fixing our broken CPS system. These issues deserve our focus, not the demonization of transgender Texans."

The Texas Association of Business once again voiced its concern with the bill, citing North Carolina's HB 2. “Senate Bill 6 is discriminatory and wholly unnecessary legislation," said President of TAB, Chris Wallace, in an email statement.