Texas officials have followed through with their months-long promise to boot Planned Parenthood out of Medicaid. 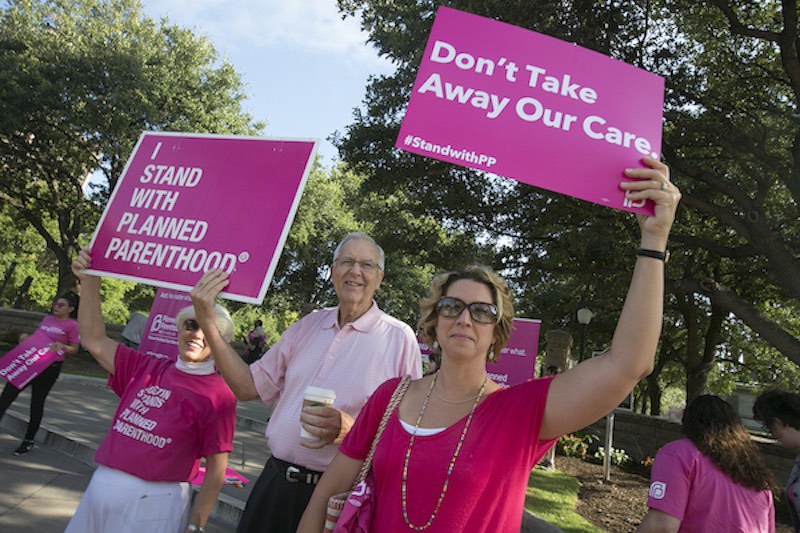 More than a year after the announcement from Gov. Greg Abbott, the state finally sent its legal notice to the health care provider, the Texas Tribune first reported. The move is expected to affect thousands of low-income women in Texas and block access to life-saving, preventative health services.

Last October, the Texas Health and Human Services Commission sent a “termination letter” of Medicaid enrollment to the reproductive health care provider, citing “misconduct” in the highly edited and widely discredited videos released by the anti-choice Center for Medical Progress. The videos attempted to show Planned Parenthood providers profiting off the sale of fetal tissue – but all investigations into the video have shown no wrongdoing. At the time, state officials also alleged that Planned Parenthood engaged in Medicaid fraud, but provided no evidence. A few days later, the state raided Planned Parenthood offices to usurp medical records.

The provider shot back with a class action lawsuit (which includes three North Austin clinic patients) filed in federal district court in Austin. The suit charges the state with breaking federal Medicaid law under the Social Security Act. While the termination was set to take effect on Dec. 8, the state never sent a final notice and the enforcement lay dormant. The inaction was likely a result of the fact banning Medicaid patients from qualified health care providers isn’t actually legal, as the Centers for Medicaid and Medicare have (repeatedly) warned Texas.

Apparently, that’s not stopping the state any longer. The Texas Health and Human Services legal notice alleges PP violated state and federal law and has a history of “deviating from accepted standards" to obtain tissue samples for researchers. Texas is now planning to cancel Planned Parenthood’s $3 million in Medicaid reimbursements for 2015 in 30 days. While the provider may wish to request a hearing with the health commission to prolong the cut off date, they’d rather settle things in court.

State and federal taxpayer funding for abortion services is prohibited in Texas. Kicking Planned Parenthood out of Medicaid will result in blocking access to free to low-cost health care, such as birth control, HIV tests, well-woman exams, and breast and cervical cancer screenings, for at least 13,500 poor and uninsured women, including 1,000 Austin clients who come to the clinics each year.