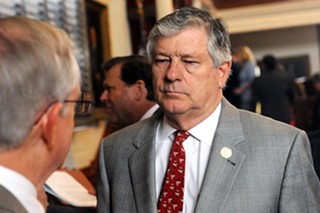 On Tuesday, Dec. 13, Rep. Paul Workman, R-Austin, filed HB 577, a bill that would both prevent and roll back local Fair Chance Hiring measures, like the one passed this March by City Council.

That resolution, sponsored by District 4 CM Greg Casar, requires private employers to hold off on asking about a job applicant’s conviction history until a conditional offer of employment is made. The labor protection is meant to level the playing field for job seekers who face discrimination due to their criminal records. During a press conference, Workman said Fair Chance Ordinances infringe on the “rights and liberties” of its citizens. When a local government, such as Austin, “oversteps its boundaries, there will be drastic and unintended consequences,” said Workman. Council CM Ellen Troxclair, who voted against the local ordinance, joined Workman, calling the policy “burdensome” and a “blanket” mandate. “Local control is not always the answer when it tramples on individual liberty,” said Troxclair.

Lawmakers tried to diffuse the obvious hypocrisy of Republicans who preach local control (especially when it comes to fighting the federal administration) while seeking to control municipal ordinances they happen to disagree with by pointing to 10th Amendment state’s rights and the ordinance’s ostensible negative effect on the “economic health” of Texas. Dragging Austin’s ridesharing debate into the mix, Rep. Jason Isaac, R-Dripping Springs, claimed it was “hypocritical” of City Council to enforce Fair Chance Hiring while asking Uber and Lyft for background checks. (An unequal and misguided parallel, but Austin-bashing from GOP legislators is to be expected.)

In a statement today, Casar said the Austin resolution was supported by local chambers of commerce, independently-owned businesses, and public officials from all levels of government. In Texas, one in three adults has a criminal record, Casar reminded, and nearly 2,200 residents released from Texas prisons come back to the Austin area each year.

“It’s disappointing, but not surprising, to see yet again that corporate special interests at our state Capitol are trying to take away local governments’ ability to promote economic opportunity and public safety,” said Casar. "We can’t rely on the Legislature to fix these problems, but I promise you this – we’re not going to let them stop us from solving these issues ourselves.” 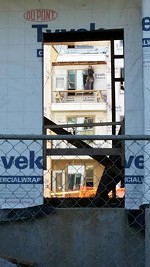