Council: Tuesday Work Session … & Then Some

City Council meets today (Dec. 6) for both its regular work session and a special-called meeting to consider a second reading of the Grove at Shoal Creek planned unit development. The public hearing on the Grove is expected for early afternoon; the morning features an “Affordability Update” and a presentation from the Travis Central Appraisal District. 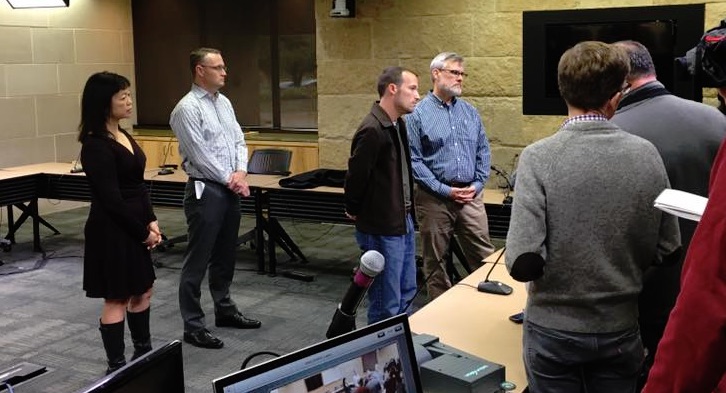 Tuesday work sessions are generally humdrum affairs – time for staff briefings, conversations about the coming Thursday’s agenda, and an occasion for council members to provide an open meeting heads-up to colleagues about their perspectives on particular agenda Items. Action items are fairly rare, but today’s session is unusual. The regular 57-item agenda, heavy with previously postponed zoning cases, is supplemented by a “special-called” meeting with only a single agenda item: second reading of the zoning case covering the Grove at Shoal Creek PUD – including both a public hearing and Council’s discussion of the surprising tentative agreement announced over the weekend between the Bull Creek Road Coalition of neighborhood associations and the ARG Bull Creek Ltd., developer of the Grove PUD.

At a joint press conference Monday afternoon, the BCRC and ARG said that both sides had compromised in the newest version of the PUD, with the developer agreeing to a smaller commercial footprint and more affordable housing (among other concessions), in return for the neighborhood coalition ending its opposition. The agreement is subject to Council approval – and city financial support for the affordable housing component – but spokespersons for both sides anticipate that Council will be supportive of the plans.

Attorney Jeff Howard, representing the developer, expressed “relief and satisfaction” at the agreement, concluded after several weeks of mediation. He said that ARG had frankly “not been optimistic” upon entering mediation, but that the neighborhood groups – he mentioned BCRC, Friends of the Grove, and residents of Westminster Manor – had all contributed input and impetus to the final agreement.

On behalf of the BCRC, Grayson Cox said the group had been “happy to accept” the plan that now includes additional affordable housing, a reduction in vehicle trips, traffic mitigation in surrounding streets, as well as drainage work to minimize the threat of flooding downstream from the 45th Street and Bull Creek Road development site.

Following the press conference, Council Member Sheri Gallo (the site is in her District 10) said she was “thrilled” by the agreement, and that her position has always been that she would not support the development unless the neighbors could agree that the plan was “appropriate for the site. I’m really pleased that the neighborhoods and the developer could come together to resolve their differences in a positive way.” She praised the reduction in commercial elements that should also reduce vehicle trips, the increase in affordable housing “that we need throughout the city,” and the increase in parkland, under the agreement.

City staff is still expecting a large turnout of witnesses for the public hearing, anticipated to begin at 1pm. Presuming Council does vote to approve the plan, only second reading is expected, as staff still needs to incorporate all the changes to the ordinance that would create the PUD, and any amendments potentially added by Council. Final third reading approval could come as early as next week (Dec. 15). ARG co-owner Garrett Martin said that it might be another eight months to complete all additional city approvals, although he hopes to begin work on the project “as soon as possible.”

In addition to reviewing Thursday’s agenda, there are three briefings scheduled for this morning’s work session: 1) Travis Central Appraisal District staff will be briefing Council on changes to its appraisal procedures, partly in response to the city’s assertions of an unfair imbalance between valuations of commercial and residential properties; 2) City staff will deliver an update on its “Affordability Review” for each of the city’s 10 council districts; and 3) Staff will provide a briefing on the recruitment process for a new city manager, to succeed the departed Marc Ott and the current interim manager, Elaine Hart.

Grove Mediation
Depends on whom you ask …