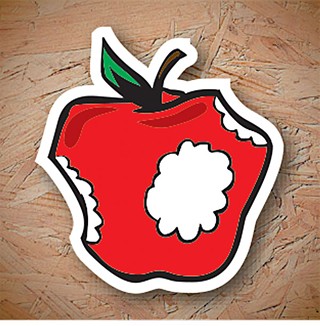 Amidst the crumbling debris of last week's election, there was one vote in Texas that nobody noticed, but which may have monumental consequences for school finance. Houston ISD voters delivered a message to the state: We won't send you our property tax dollars.

In a referendum called by school district trustees, HISD residents voted almost two-to-one to block the sending of recapture payments to the state under the "Robin Hood" school finance system. That's the process whereby the state takes payments from what are classified as "property rich" districts. However, contrary to popular misconception, the money does not go to poorer school districts, but rather into the state's general revenue fund.

Estimates for the hole this would blow in HISD's finances have shifted over time. When trustees first said they needed voter approval to send the payments, the deficit hovered around $100 million. At this point, it seems closer to $165 million.

Recapture is a budget killer. Austin ISD is expected to send $406 million (35% of all maintenance and operations taxes) to the state this year alone. It's a similar story in Galveston ISD (28%), and still nothing compared to Cotulla (a brain warping 79%). The Texas School Coalition has already released a statement saying, "We understand the frustration felt by Houston voters, as our districts have struggled with the same predicament and challenge of sending local property tax revenue to the state without the ability to maintain the resources necessary to serve local students."

The cause for this Houston revolt is a little-known fix in the school finance system called the additional state aid for tax reduction (ASATR). That was basically a hold harmless provision added into Robin Hood in 2005 that let a whole bunch of school districts that should be sending recapture payments off the hook.

However, in the complicated morass of dysfunctional negotiations that marked the school finance debate last session, that provision disappeared. That means that 243 districts – including HISD – will have to start cutting checks to the state.

Only HISD voters have voted No, and now the state has to work out what to do next. The Texas Education Agency could simply move some expensive properties off HISD's tax rolls and over to another district; or they could consolidate HISD with another district.

Of course, anyone paying attention knew this fight was coming. The state has consistently ignored the fact that AISD and the other Travis County school districts sink hundreds of millions every year into their coffers, no matter how much stress it puts on taxpayers and classrooms. Without ASATR, that's 243 districts suddenly in financial straits.

AISD Board President Kendall Pace called the result of the HISD vote "Russian roulette. [It's] an arrogant and bold move, but maybe they have enough pull in the Legislature to get finance reform this spring."

Similarly, AISD Board Vice President Paul Saldaña had a very simple response for his HISD colleagues: "Welcome to the neighborhood." He argued that having the biggest school district in the state come out in such stark opposition to Robin Hood "shines a light on what's going on." While he had sympathy for HISD’s plight, "We've been looking forward to this whole thing. They've come to a realization that they were going to be subjected to [recapture]."

So, while the Texas Supreme Court ruled the current school finance system is constitutional, there will almost inevitably be a lot of angry taxpayers contacting their legislators as the new legislative session starts. House Appropriations Committee member Donna Howard, D-Austin, forecast a backlash to ASATR's death in May, and told the Chronicle: "It's been an unwritten law: 'Let's not let Houston go there.'"