A screenshot of Breaion King's arrest

Bryan Richter won’t face criminal charges for his use of force during the June 2015 arrest of Breaion King. A Travis County Grand Jury decided Thursday that Richter, a six-year veteran at APD, acted within his legal bounds when he arrested the 26-year-old teacher after pulling her over for speeding.

King’s arrest came to the public’s attention this past July after the Austin American-Statesman obtained dashboard camera footage of the forceful arrest from King’s attorneys, Broadus Spivey and Erica Grigg. That, also, was reportedly the first time Police Chief Art Acevedo learned about the incident; he called a press conference to decry Richter’s actions – which included a rapid escalation of the interaction, a hurried insistence that King be arrested, an over-the-top use of force to take control of the young teacher, and multiple use-of-force tactics – and said that he would re-open an internal investigation into the case to determine a proper discipline. Richter’s use of force was also sent to the Travis County District Attorney’s Office for possible indictment; it previously eluded the D.A.’s office when Richter’s chain of command decided not to act on his response.

A press release from the D.A.’s office indicates that the grand jury heard 13 hours of testimony from eight witnesses before deciding to no-bill the officer, absolving him of any indictments for criminal activity. Richter’s no-bill does not absolve him of any discipline within the department, however. That investigation remains open. Acevedo was given 180 days in July to issue any potential disciplines. 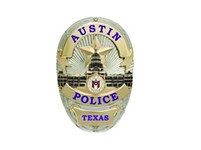