It's easy if you try

How would life be different if your basic needs were met, regardless of what kind of work you did – or whether you worked at all?

That’s the provocative question posed by the Universal Income Project, whose founders spoke Wednesday afternoon at SXSW Eco. Jim Pugh and Sandhya Anantharaman, both of the San Francisco Bay Area, asked their audience to imagine what could happen if the U.S. government began cutting everyone a check each month, no strings attached.

The idea of universal income, also called basic income, isn’t new. Martin Luther King Jr. advocated for it in the Sixties as part of his anti-poverty campaign. It’s also been proposed by conservative economists Friedrich Hayek and Milton Friedman. In the late Seventies the Canadian government tested the idea in the small agricultural community of Dauphin, Manitoba, with encouraging results. In June, Swiss voters considered, but ultimately rejected, a referendum that would have instituted a universal income. This year the Silicon Valley accelerator Y Combinator announced it will run a pilot study in which 100 families in Oakland will receive basic income for six months to a year.

Most of the participants in Wednesday’s session were already familiar with the idea of basic income and weren’t troubled by the biggest question that loomed for newcomers: Who pays for this? Pugh and Anantharaman’s strategy is to get people thinking about the possibilities first and hammer out the practical details later. When pressed, they suggested that one way to fund universal income would be to replace all other social welfare programs: take the money that currently goes to SNAP, public housing, Medicaid, even Social Security (already a basic income of sorts), and instead cut everyone a check. Another strategy is to increase taxes on … someone, presumably at the top of the financial ladder.

How much money are we talking about? Universal income should be enough to cover a person’s basic needs, but that’s a slippery concept. Is a cell phone a basic need? Is a car? And would the amount vary by location? Surely it takes more money to get by in Los Angeles than rural Wisconsin, one attendee pointed out. Plus, don’t we need work to give us a sense of purpose?

Skepticism aside, it’s easy to imagine the bright possibilities of a nation with basic income. For those struggling to get by, it could offer a cushion against chronic stress. It would provide at least a temporary safety net for people whose jobs are displaced by automation or shifts away from industries like manufacturing or coal. The policy might allow more new parents, or caregivers for elderly relatives, to take time off from work to focus on family. College students might feel freer to study a liberal arts field or go into teaching, rather than earn a degree in something perceived as more “practical.” Artists and musicians could focus on their craft instead of cobbling together part-time jobs. People who are already doing OK could use their basic income to invest in starting a business.

Of course, all this assumes that humans are rational actors, and that we wouldn’t simply revert to old habits despite being $1,000 or $2,000 richer each month. Various studies have shown that lottery winners’ lives don’t always improve after their windfall; that most people have a “happiness set point” they return to after events both good or bad; and that regardless of how much money we make, we tend to think it takes more to be happy. A world with basic income is still a world with human nature. 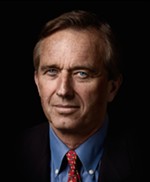