Council: Save the Coyotes!

A morning on wild, wild life, an afternoon on workers’ rights

Working a rather short agenda last Thursday (Oct. 6) that still lasted until nearly 10pm, City Council spent its morning debating the finer points of coyote control. In the afternoon, it played host to an occasionally heated debate over the possibility of unionization at Zach Scott Theater. 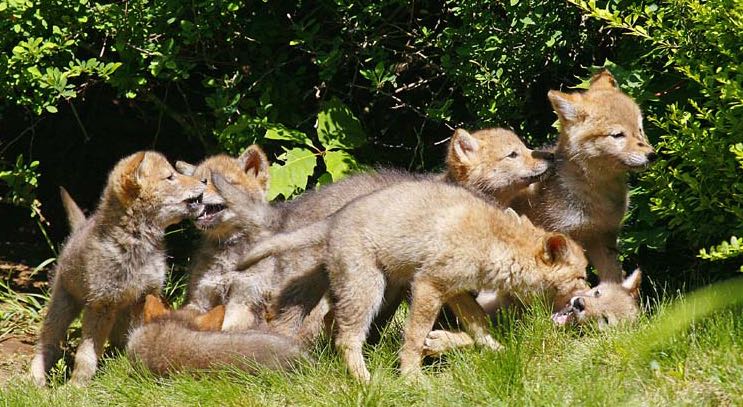 The morning debate concerned what seemed to be a minor, $10,000 proposed contract between the Animal Services Department and the Texas Wildlife Services for potential assistance in controlling coyotes, an occasional nuisance in northwestern suburbs. Department heads normally have full discretion for contracts $50,000 or less, so it was a puzzle that this one even landed on Council’s agenda. It was largely a contingency contract to involve TWS in case of a “public safety” problem involving a coyote. One wrinkle was that AS Department head Tawny Hammond wanted to replace a previous, clumsier arrangement through which Travis County acted as an intermediary with TWS.

Another issue, as it turned out, was that members of the Animal Advisory Commission objected altogether to renewing a relationship with TWS, which they say does not abide by the city’s more humane approach to intrusive coyotes — which promotes discouraging the animals by “hazing” rather than trapping or killing (aka The Rick Perry Solution) – and several testified against the contract, and the notion that coyotes represent any significant threat to people or pets. Council Members Sheri Gallo and Don Zimmerman, who represent, respectively, northwest districts 10 and 6, responded that people who don’t live there don’t understand that coyotes do represent a threat, especially to pets and possibly children, with Zimmerman insisting, “The ordinances of this city are supposed to protect the people.”

Zimmerman blamed previous “Downtown” at-large Councils for establishing a coyote policy that supposedly neglected the suburbs, unlike the current 10-1 Council. That prompted Mayor Pro Tem and sole Council veteran Kathie Tovo to object that she and her predecessors did their best to represent the whole city: “I had to steep myself in issues about deer and coyotes,” Tovo said. “I think that your characterization is really unfair to the many, many people who have served on the City Council.”

Eventually Hammond acknowledged, despite the misgivings of the commissioners, that she did want the ability to conclude a TWS contract, if she found it necessary. After more debate over whether any contract should then also return for review to the Animal Advisory Commission – an option waved away by the commissioners on hand – with only Zimmerman dissenting, Council granted the contract authority. The process occupied nearly two hours, with Mayor Steve Adler wanly concluding, “I didn't anticipate that we would be that long on that issue.”

Staged Solidarity: The afternoon hearing, concerning a cultural arts contract covering eight organizations and $1.6 million in hotel occupancy tax funding, was even lengthier but also of more substance. The controversy concerned amendments (proposed by D4 Council Member Greg Casar and D5 CM Ann Kitchen) that would require the contracted groups to enter into good faith discussions with employees seeking union representation. That condition fit only Zachary Scott Theater, where there is a nascent organization campaign among stage hands – exactly how extensive occupied much of the debate – and several board members as well as employees insisted to Council that no union is needed at Zach and Council was unfairly imposing unnecessary conditions on potential future city funding.

Only a single Zach employee, Katie Anderson, testified in support of the amendment, although she held what she said were unionizing “card checks” signed by other Zach stage workers, and said that she had been subject to management retaliation for her attempts to organize her colleagues, whose absence she explained by fear of additional management reactions. She was supported by members of IATSE Local 205 and other unions defending the workers' rights to organize.

Zach board members and other management personnel objected to what they said was the rushed nature of the proposal, and the specific requirement that management “remain neutral” during workers’ attempts to organize. A couple of board members offered condescending analogies to allowing Donald Trump (i.e., the union) to campaign or collect votes while Hillary Clinton (management) would be forced to remain silent. Those claims only confirmed that they didn’t understand the meaning of legally required neutrality – i.e., that union organizing campaigns need to take place between and among workers, without management attempting to influence or interfere with those discussions and their employees’ eventual decision. “Ideally, the employees,” said CM Casar, “there's different positions, different employees who are here, could make that decision without the influence of a very, very powerful party, which is their employer.”

As if to inadvertently document Casar’s remark, several management representatives warned Council of dire consequences should the union be allowed to openly organize or otherwise get a foothold at Zach. Most Council members were unpersuaded, with CM Kitchen repeatedly explaining that the amendments would not affect this year’s funding cycle, that management would only be required to enable good faith discussions among and with union members, and that if a majority of the affected employees rejected unionizing, that would be their own decision. The vote to approve the contracts was 8-1-1, with Zimmerman voting nay and D1 CM Ora Houston abstaining.

• Postponed consideration of the proposed zoning change on the Champions Tract.

• Rejected a proposal to amend the ordinances governing conversions of carports to garages (under the “McMansion” ordinance) – the vote seemed tentative, and the matter might return.

• Held initial hearings on several annexations, including the far Northeast Entrada tract, which will potentially include a public improvement district; all the annexation proposals return for additional required hearings.